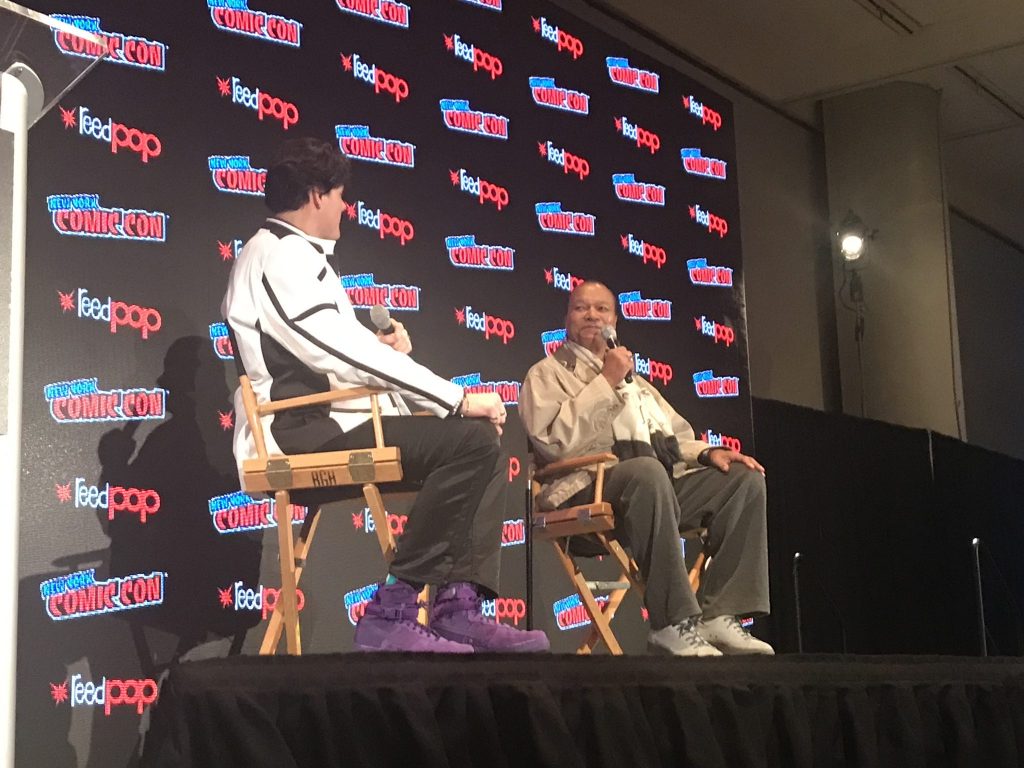 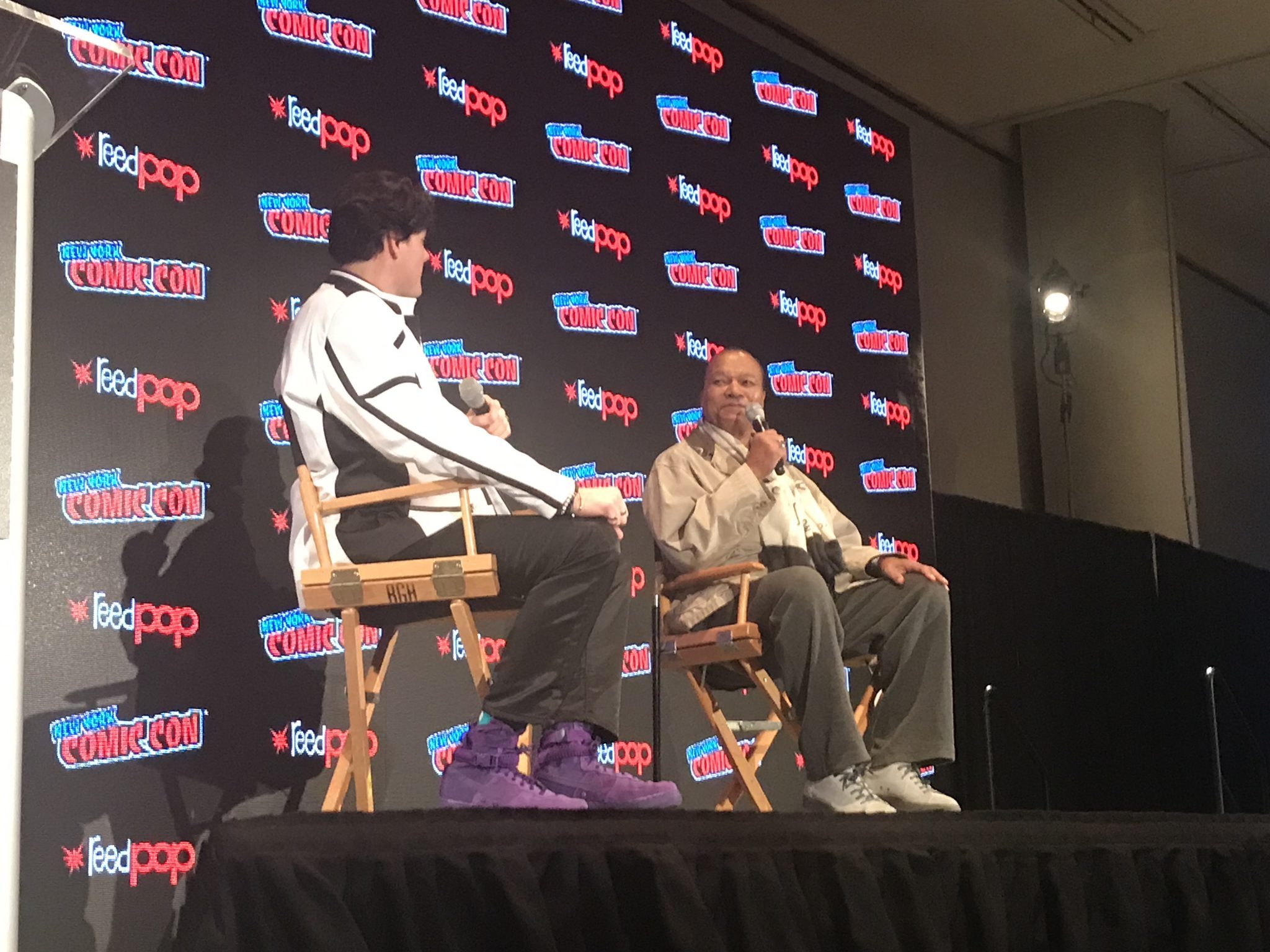 Hundreds of fans flocked to Hall A106 in the Javits Center in Manhattan on Oct. 4 to see renowned actor Billy Dee Williams serve as the host to a panel and Q+A during the 14th annual New York Comic Con.

Native to New York, Williams began the hour-long event by giving a bit of background on himself and how he originally got into show business.

“I got into show business when I was about six-and-a-half-years-old, when I was on Broadway in a musical,” Williams said. “I did my first acting job, and how I came upon that first acting job was my mother was working for Broadway managers at the Lyceum Theater and they were putting on this musical and they needed this little boy to play this role of a little page boy to a duchess and so I auditioned. That was my first experience.”

Growing up on 110th Street, between Lenox and 5th, adjacent to Central Park North, Williams attended the Music and Art High School, where he eventually received a two-year scholarship for The National Academy of the Fine Arts. There, Williams won a Hallgarten Prize for his artwork.

Eventually getting back into show business, Williams graced stages, as well as screens big and small for the last 60 years. Best known for his role as Lando Calrissian, who first made his appearance in “Star Wars – The Empire Strikes Back” in 1980, Williams will reprise the role in the latest sci-fi film, set to release in December.

“Lando has never left me,” he said. “Lando has been in my life for like 40 years, so I had a lot of fun doing it and I was just trying to execute whatever [director] J.J. [Abrams] had for me. It was relatively simple to get back into [the role]. I’m a very charming kind of person, so it was relatively easy for me. I love doing Lando, he’s always a fun character – bigger than life.”

Touching on Abrams, who returns to the saga after directing the series’ seventh installment, Williams praised the director as one of his favorites to work with.

Another aspect of filming that Williams touched on was what goes on behind the curtain and his appreciation for film set crews.

“Whenever I work on these films such as ‘Star Wars,’ seeing what these crafts people are doing is so intriguing to me, so for me, it’s really interesting,” he said. “I always think of these people as unsung heroes, the people who do all of this incredible work and no one knows who they are, because they’re behind the scenes. I’m always intrigued by what they are capable of doing.”

Williams, who will be on the big screen for the third time as his Lando character, was asked by a fan if he had taken anything from any of the sets over the last 40 years.

“I should have kept the cape, I really should have asked for it,” he said. “But I asked George [Lucas] to give me an Ewok head and that’s the only thing that I have actually. That’s pretty major.”

Emmy and Tony Award winning actor Donald Glover played Williams’ Lando in the 2018 prequel film, “Solo: A Star Wars Story,” and fans wanted to know how Williams had felt regarding someone else playing his character.

“Donald Glover, he is a brilliant young man, but when I think of Lando, I don’t think about anybody else,” he said. “Respectfully, I think Donald Glover is a wonderful man and quite brilliant, but there’s only one Lando Calrissian.”

Billy Dee Williams is set to return as the beloved Lando Calrissian in “Star Wars: The Rise of Skywalker,” which releases in theaters on Dec. 20.

Middlesex County offers grant to businesses with less than 10 employees...