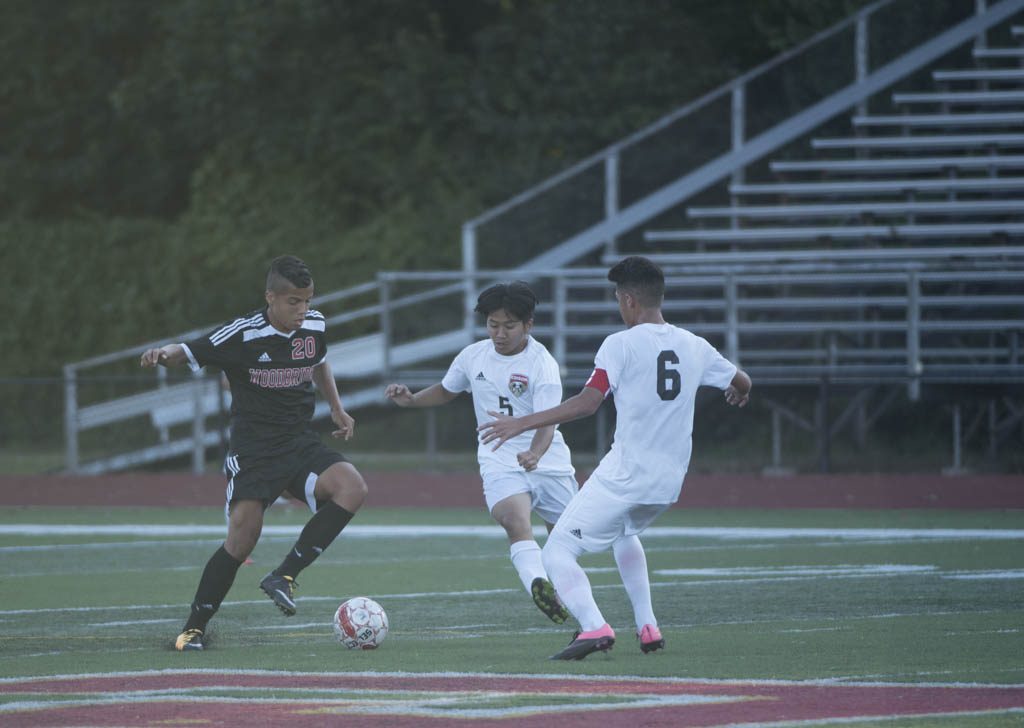 Ever since starting the boys’ soccer season at 2-2, Edison High School has gotten hot.

The Eagles have won seven of their last nine games, improving to 9-4 overall.

The run has put the Eagles in position to make the NJSIAA Central Jersey, Group 4 sectional tournament.

They are in eighth place in the Central Jersey, Group 4 power points standings with about a week left in the regular season. Since 16 teams will make the field, the Eagles would actually earn a first-round home game if the state tournament began  today.

The state playoffs are scheduled to begin on Oct. 26 or 29, depending on Edison’s seed, matchup and location.

It’s not a pipe dream, either. New Brunswick High School is fourth in the Central Jersey, Group 4 power points standings, four spots ahead of Edison, and the Eagles have beaten New Brunswick twice this fall, 1-0 on Sept. 17 on the road and 1-0 again on Oct. 5 at home.

Both final scores reveal Edison’s biggest strength, which can keep it in any game no matter the opponent. The Eagles have an elite goalkeeper in senior Maksym Bukachevsky.

Edison is allowing slightly more than one goal per contest, but that number is skewed by a couple losses in which the Eagles surrendered four goals. In most games, Bukachevsky limits Edison’s opponent.

Murtagh’s club has allowed one goal or less in eight of its nine victories, including three shutouts. Bukachevsky has 74 saves and those three shutouts.

The Eagles have not been a dominant possession team. Bukachevsky needs to make six, seven, eight saves in almost every game, and he does.

The third-year starter is a fully formed varsity soccer player.

“He’s very vocal and he has great hands and feet,” Murtagh said. “Technically he’s got it all.”

Bukachevsky may have to make a fair amount of saves, but he also benefits from a prolific offense. The Eagles are as strong in the offensive third as they are on their own goal line.

Edison has 40 goals this season, an average of just over three per game. There is no one standout who the Eagles rely on to shoulder a heavy load.

They get goals from a variety of players, making them difficult to stop as a unit.

Before the season, Murtagh expected strong campaigns from his three senior midfielders, Ahmed Ali, Christian Noel and Andrew Solomon, and they have delivered.

Solomon leads the Eagles with seven goals. Ali has two goals and three assists and Noel, who is more of a defensive player, has contributed an assist.

“They are real talented and working great,” Murtagh said.

Coming into the season, with 14 seniors, 12 returning varsity players and everyone healthy and playing their natural positions, Edison was hoping to become a connected unit, and it has become one.

Now no one will want to play the Eagles in October and November.