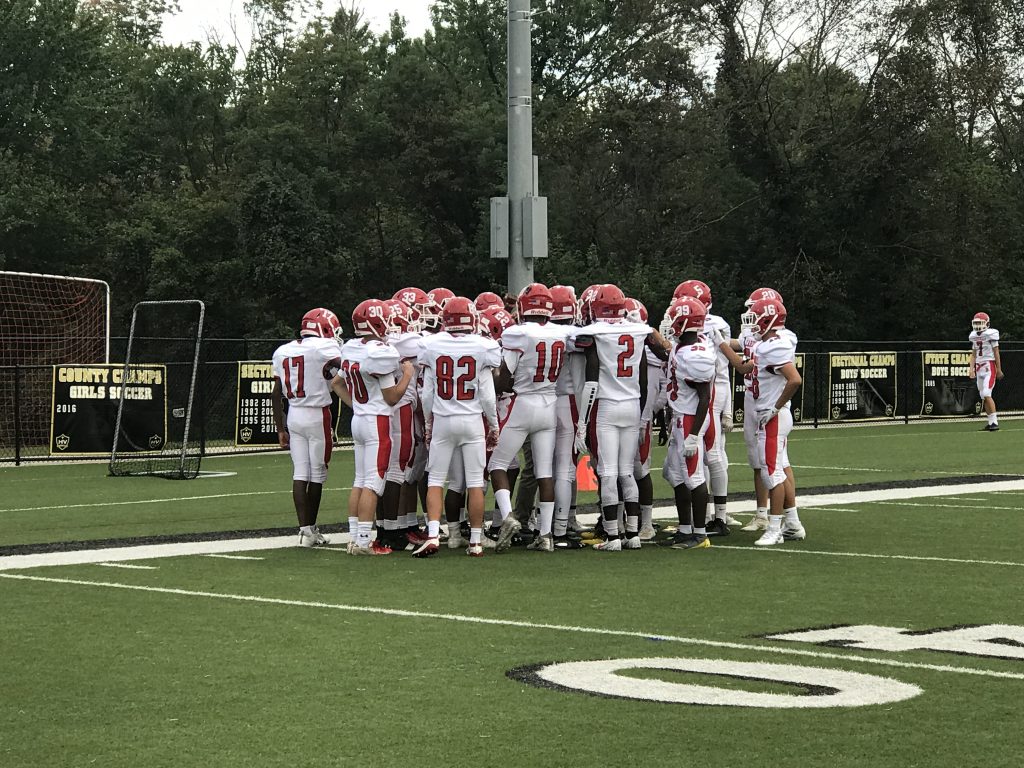 The Lawrence High School football team huddles up before a game at Hopewell Valley Central High School on Sept. 13.
× 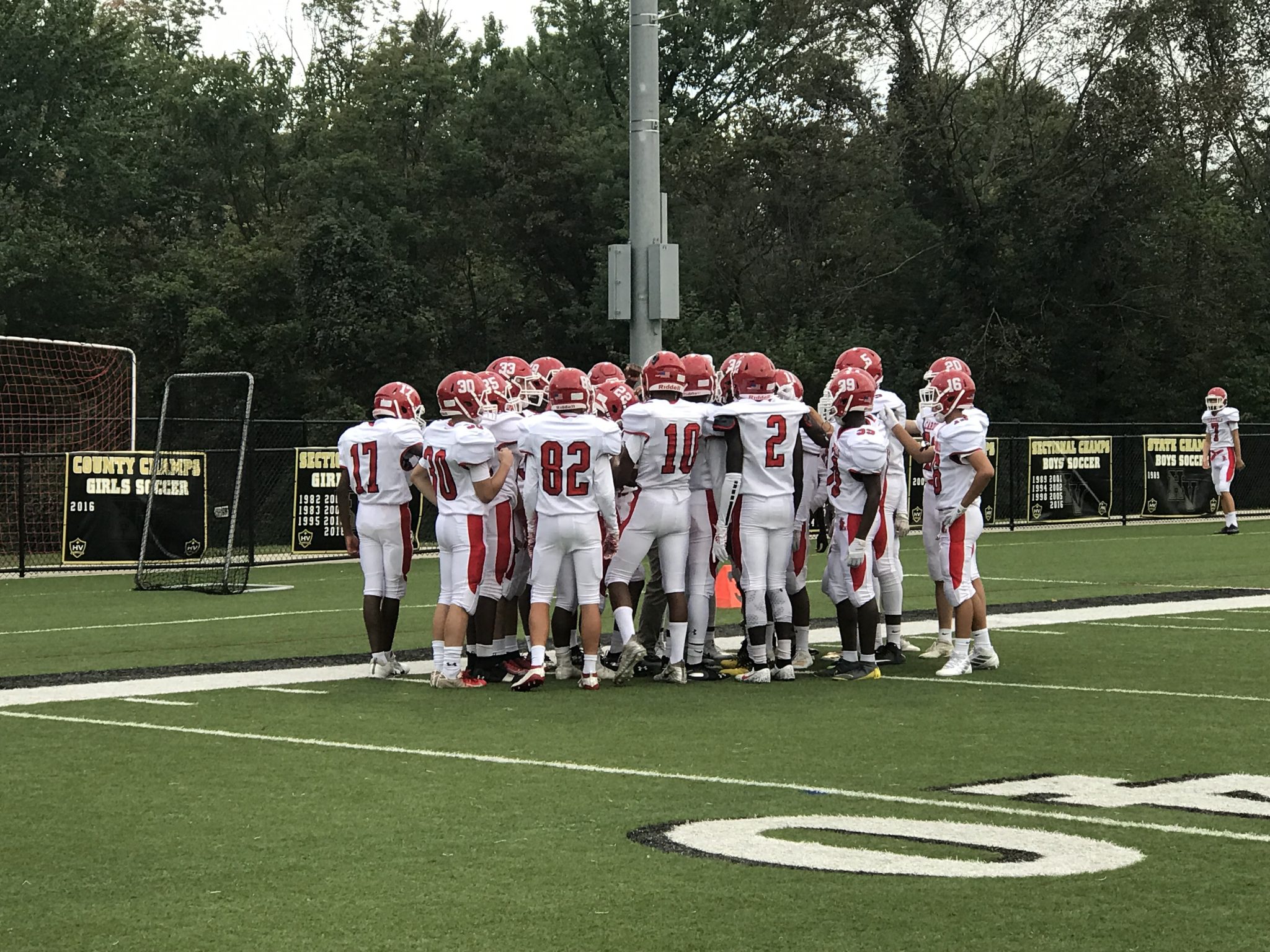 The Lawrence High School football team huddles up before a game at Hopewell Valley Central High School on Sept. 13.

Lawrence High School spent the first month of the football season figuring out its identity.

First, it switched from a spread offense to a Wing-T offense, a transition that took a couple weeks of practice. Then, it discovered Careem Frost as the ideal fullback to line up behind the quarterback and Deon McLean as the perfect go-to back in the Wing-T setup behind Frost.

Finally, after missing a few weeks with a stress issue in his calf, Lawrence quarterback Brandon Deckard returned to the lineup and added a passing element to the Cardinals’ new power offense, preventing defenses from stacking the box.

All these elements came together in Lawrence’s 53-7 victory at Princeton High School on Oct. 11.

It was the Cardinals’ third consecutive victory and their first by more than a score. McLean carried the ball eight times for 104 yards and four touchdowns. Frost toted the rock seven times for 136 yards and three scores.

The other back in the Wing-T setup next to McLean, Diesel Barnes, also ran for a touchdown and racked up a yards per carry average of over 10. Deckard didn’t light it up, passing for just 40 yards, but he didn’t have to. Those 40 yards at least forced Princeton to respect the Cardinals’ passing game, opening things up for their running game.

Lawrence coach Rob Radice did not plan to morph his team into a Wing-T unit with a play action passing attack. It just kind of happened.

Radice found the best system for the talent on his roster, and now Lawrence, after starting the season at 0-2, is 3-2 and in a good position to make the NJSIAA playoffs. Not many people expected this after the Cards went 1-8 in 2018.

“You have to account for all of them in the Wing-T,” Radice said. “Each guy brings something different to the table.”

Frost lines up at fullback, but he is not the type of fullback you see on NFL Films. He doesn’t bowl defenders over and methodically move the chains. He gets the ball and jolts forward before the defense has a chance to get in tackling position.

McLean lines up at running back, and at 6-0 tall and 180 pounds, he is built like a speed back. But he can also bowl defenders over and make them feel every tackle. His combination of power and speed, he won the NJSIAA Group 3 title in the 400-meter dash in the spring, makes him a complete back capable of reeling off over 100 yards and four touchdowns on just eight carries.

“Deon is a such a great athlete and he plays with such a motor,” Radice said.

Yet all of these guys, Frost, McLean, Barnes and Decker, could get their numbers called more than they do. But they have all embraced this new egalitarian system.

“The kids are being selfless and putting the team first,” Radice said. “We don’t give helmet stickers out. We want it to be about the team.”

Despite the hot streak, Radice and the Cards are not thinking playoffs just yet. They want to stay focused on the day to day and week to week, starting with their next regular season game against Steinert High School on Oct. 18 at home.

“We’ll have our hands full,” Radice said. “Steinert is big and physical up front.”