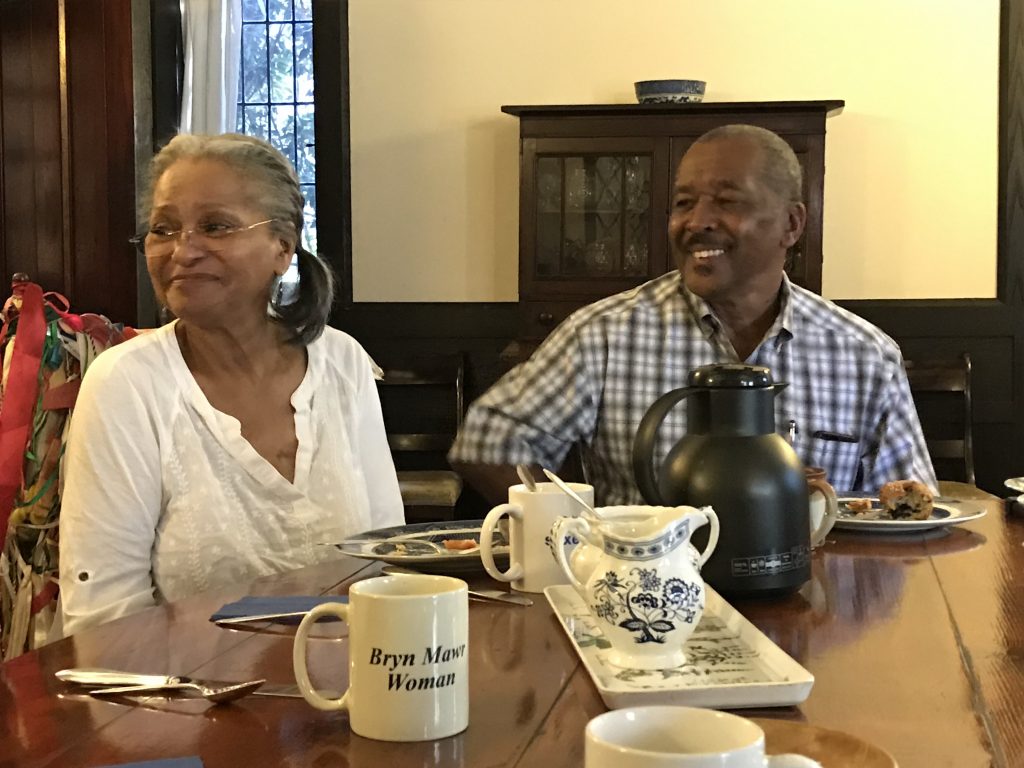 Fern and Larry Spruill at the breakfast where they were notified of the Vivian Award.SUBMITTED PHOTO
× 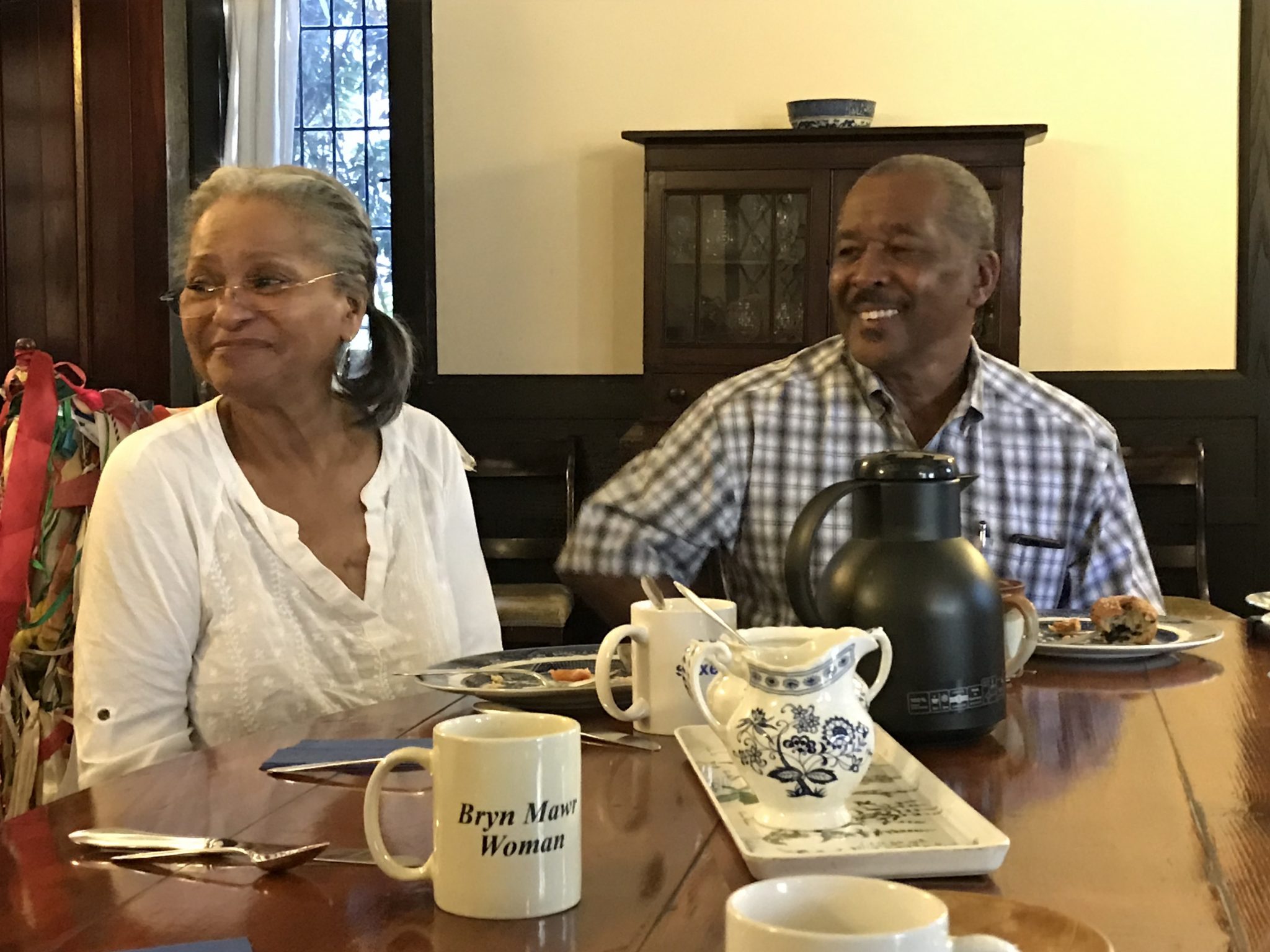 Fern and Larry Spruill at the breakfast where they were notified of the Vivian Award.SUBMITTED PHOTO

I never quite understood what my neighbors Fern and Larry Spruill did in Princeton’s John Witherspoon neighborhood.

The couple seemed ubiquitous, always smiling, friendly and generally had teenagers hanging out with them. Someone also told me they had a house filled with numerous plaques and certificates “of recognition.”

Since one rarely gets awards for smiling and hanging out, I engaged in deep-state investigative journalism – asking them and others as to what made the Spruills tick.  I quickly learned the couple was Princeton’s Mr. and Ms. Pied Piper, a compelling and magical force of social justice and community engagement. This fact has earned them another prestigious recognition – the Leslie “Bud” Vivian Award for Community Service – that was formally announced at a Princeton Regional School Board Meeting on Oct. 15.

The annual Vivian award was created in honor of the late Leslie “Bud” Vivian, who served as the longtime director of Community and Regional Affairs at Princeton University. Throughout his lifetime he exhibited an inspiring commitment to the welfare of not just the “gown,” but also the “town” community. Established in 1995 by members of the Princeton University’s Class of 1942 and 16 local organizations, the award is made possible through the Vivian Memorial Fund, one of Princeton Area Community Foundation’s endowed funds that help support community non-profits in perpetuity. The award comes with a small stipend that is distributed to the honoree’s charity of choice. The Spruill’s have designated the money go towards to the Bayard Rustin Center for Social Justice and Not in Our Town Princeton.

“We are just two former hippies, who found one another and then proceeded to find outlets for our social justice instincts. We have no formal social service training. The job of nurturing kids  (in addition to their two daughters and five grandkids)  – just came naturally for us, just instinctive,” said Fern.

The couple met at a Masonic Temple dance in Princeton, when Larry was 16 and Fern was 14, and they became “a serious” couple by 1971.

“Initially the two of us never wanted to get married and were planning on leaving Princeton for California. The birth of our first daughter changed everything. We stayed here and learned to appreciate this great community,” said Fern.

“And, it obviously was the right decision for us,” said Larry, who is the housing area coordinator for Princeton University’s Housing and Real Estate Services.

When Princeton University President Christopher Eisgurber presented Larry with the University’s Martin Luther King Day Journey Award on Jan. 20, 2014, Dr. Eisgruber gave an eloquent description of Larry in words that were applicable to both Fern and Larry.

“Larry Spruill is committed to building community, to illuminating pathways to opportunity, to defending the less fortunate, and to boldly challenging those who stand in the way of progress…. Thank you, Larry, for all you have done to enhance the quality of life in our campus and local communities,” Dr. Eisgruber said.

The Spruill signature community achievement occurred in 2004. Fern and Larry, along with a “few concerned local men of color,” said Fern, founded a community – based grassroots organization, Committed Princetonians.

The group was created to help young men of color, ages 11-18, achieve academic, social and personal goals in a safe, nurturing, and positive environment. Activities included: sitting down to communal dinners; engaging in discussions about values and choices; planning and conducting community service projects; hearing inspirational speakers; and partaking in stimulating and interesting field trips – all with the support of loyal parent volunteers recruited by Fern and Larry.

As the group continued to evolve, Fern recognized the need for young women to have similar support and guidance. As a result, in 2009 with the collaboration and assistance of other community groups, Committed and Faithful Princetonians (CFP) was established and for the first time, young women were included in the organization.

In 2011, CFP joined forces with the Princeton YMCA. Recently, Fern and Larry decided to step back from the leadership role, in order to put their energies into other community organizations dedicated to social justice, such as Not in Our Town, Princeton Public Schools Minority Education Committee, the YMCA Young Scholars Program, the Trenton Chapter of the NAACP, the Princeton Human Services Commission, and Princeton Civil Rights Commission.

The rationale for choosing the Princeton School Board meeting for the Bud Vivian Award announcement was to highlight the Spruill team’s advocacy on behalf of students of color- i.e., promoting positive educational policy, and practices, and encouraging and supporting parents to gain insight into the importance of parental involvement in academic and extramural activities. Fern, who served as a school board member a few years ago, now is a crossing guard watching out for the kids with the same passion she and Larry watch out for the entire community.

As often as he has been recognized for his dedication, Larry still felt a bit awkward accepting the praise and another award. “We never could have accomplished anything without this terrific community. I have to thank my friends and colleague from all walks of life  – from the superstars at Princeton University such as internationally renowned scholars Cornel West and Eddie Glaude, Jr. to Princeton retailers such as Raoul Momo to my longtime wonderful friends and partners in community service Tommy Parker, Lance Liverman, and others at the First Baptist Church. They would give of their time with no hesitation and expect nothing in return other than seeing the positive impact we were making on the kids in this community…It’s a community effort, and it takes a village and a bunch more from everyone to make this happen,” he said.

And everyone in town is thrilled that the village of these ex-hippies is right here in Princeton, and not in California.