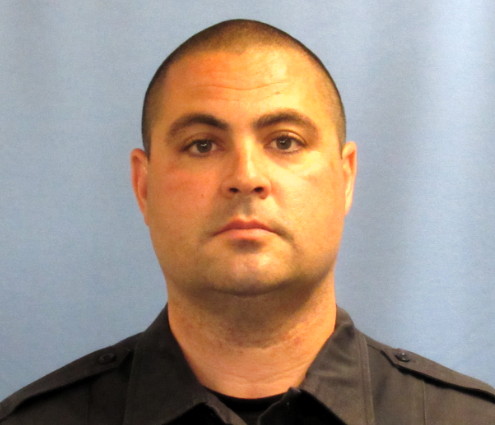 SOUTH BRUNSWICK – An alert off-duty detective’s observation led to the capture of a suspect believed to be connected to a half-dozen robberies.

The Valero gas station at Route 1 and Raymond Road in South Brunswick was robbed at about 1:41 p.m. Oct. 9. A black male allegedly pointed a gun at the attendants, demanded money and fled in a Honda Accord, according to information provided by the South Brunswick Police Department.

Detective Rick Delucia was off-duty at about 10:30 a.m. Oct. 11 and pulled into a Route 1 strip mall near Henderson Road. Delucia reportedly observed an Accord pull into the strip mall that appeared to match the suspect’s vehicle seen on video at the Valero gas station robbery two days earlier, according to reports.

As the driver, later identified as a 40-year-old male from North Brunswick, exited a store, he allegedly observed detectives approaching him and fled, police said.

Detectives pursued the man into the Royal Oaks Apartment Complex through several streets around townhouses and eventually captured him running through a patch of woods, according to police.

South Brunswick, North Brunswick and Franklin police, along with the Middlesex County Prosecutor’s Office, obtained search warrants for the man’s home and the vehicle. Evidence recovered allegedly linked the man to the robberies, according to the statement.

South Brunswick Police Chief Raymond Hayducka praised the actions of Delucia and all the investigators involved in the capture of the suspect.

“This was excellent work by Detective Delucia. He recalled the video and matched it with his own observations. He alerted a team of detectives and pursued the suspect when the suspect fled. It was critical to stop this suspect before someone got seriously injured,” Hayducka said. “They say police officers are never off-duty and this case just proves it.”