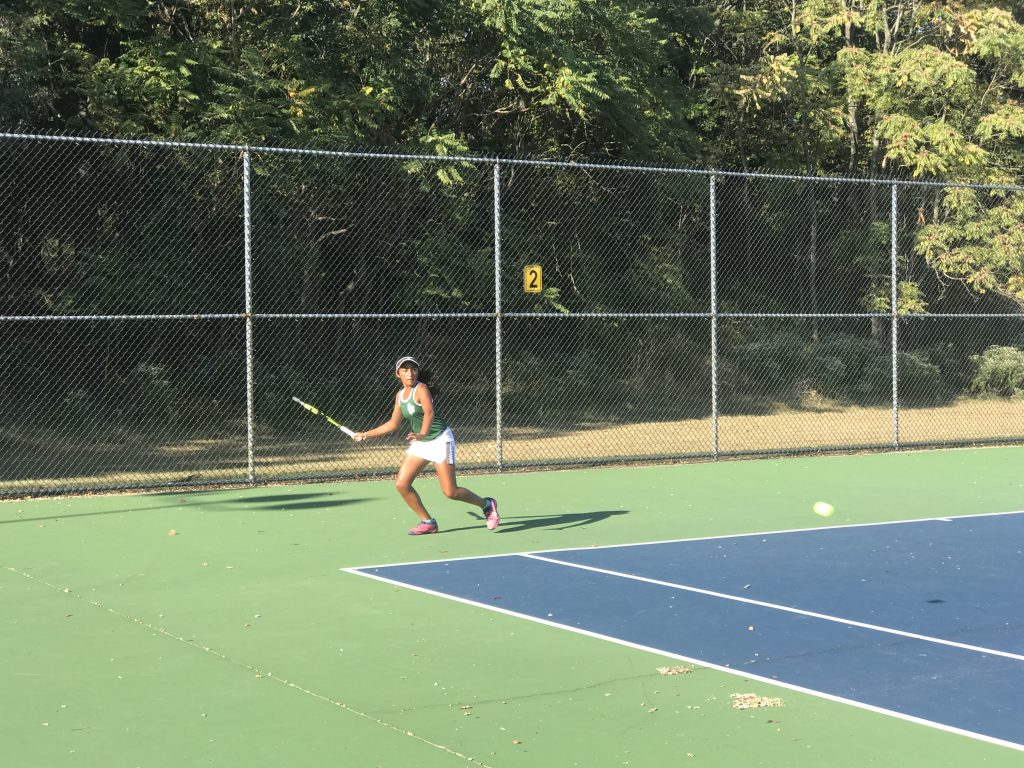 The Bears entered the bracket as just the third seeded team out of four.

East Brunswick beat Westfield in the morning on Oct. 18 at Mercer County Park, and then it came back to beat Livingston in the afternoon to claim the Group 4 state title.

The Bears’ singles lineup of No. 1 Naomi Karki, No. 2 Phoebe Su and No. 3 Katie Wong swept the singles courts in the Westfield match. East Brunswick’s top doubles team of Anagha Shankar and Christina Steiner also won its match in straight sets.

But in the Group 4 championship against Livingston, Karki suffered a rare loss. The freshman, though, has said that her favorite part of high school tennis is playing on a team, a much different environment than her individual United States Tennis Association tournaments. And in the state group championship, her East Brunswick teammates picked her up.

Su and Wong both won, and Shankar and Steiner won again as well. Those three victories made the one-match difference in the final score.

This was East Brunswick’s first state group title since 2008 and third overall. The first one came in 2006.

Now East Brunswick will try to win its first NJSIAA Tournament of Champions state title since 2008 as well. The T of C will open on Oct. 20 at the Garden State Tennis Center in Edison.

East Brunswick, the No. 3 seed, will take on Leonia High School, the No. 6 seed, in a first round match at 5 p.m. If the Bears win that match, they will advance to the state semifinals on Oct. 22.

The championship is set for Oct. 23 at 2 p.m. All the T of C matches will take place at the Garden State Tennis Center.