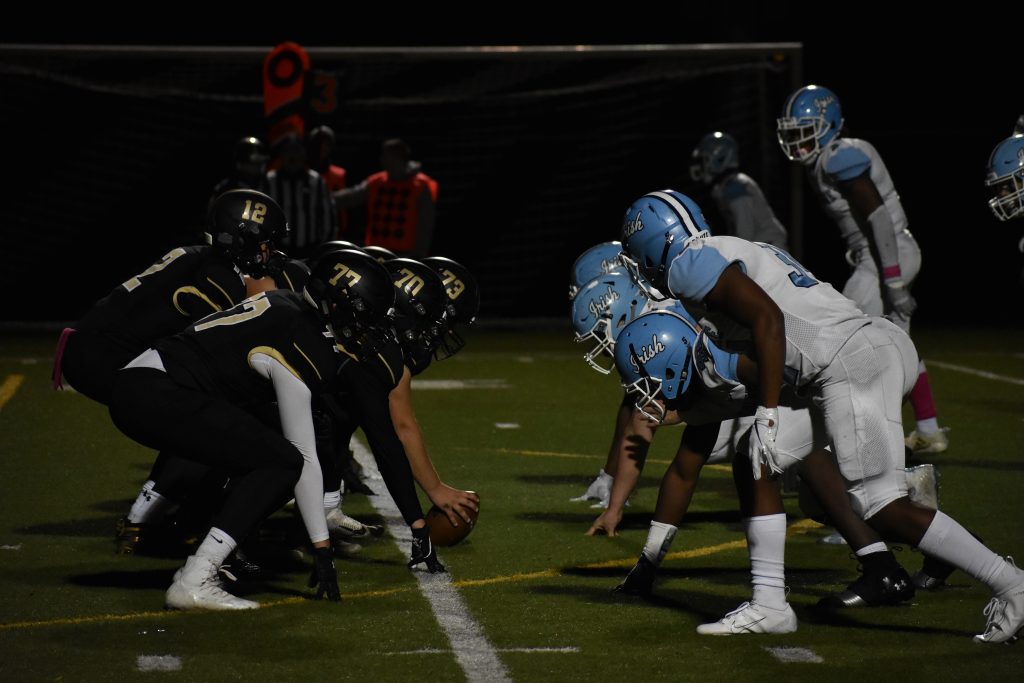 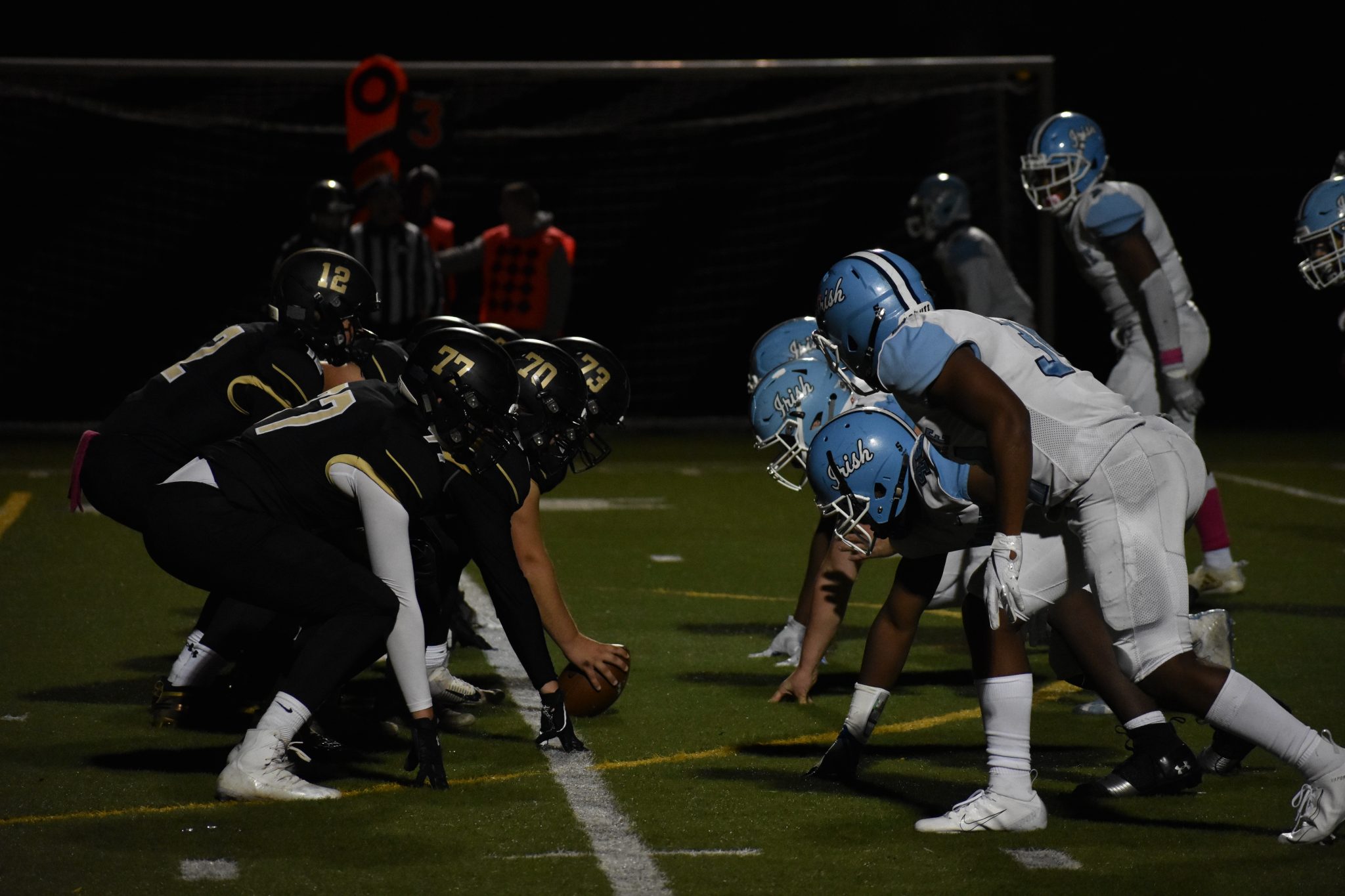 The undefeated Notre Dame team set the tone early during the game on Oct. 18, which resulted in a 42-6 victory for the Irish.

Offensively, Notre Dame was rolling from the beginning of the first quarter when junior running back Rickey Spruill returned a 80-yard kickoff for a touchdown. Spruill would add another touchdown in the first half, after catching a 16-yard pass from junior quarterback Jake Renda. Later in the game, Spruill would also produce defensively for the Irish by collecting an interception.

Renda on the night threw for 200 yards and two touchdowns and added 24 yards on the ground. Senior wide receiver Leon Jones caught a touchdown from Renda and  collected 78 receiving yards.

The Hopewell Valley Central Bulldogs struggled to get the offense moving. However, junior Tommy Belsky led the team during the matchup with 88-yards on 16 carries and scored the team’s only touchdown of the night when he produced a 63-yard scoring run in the fourth quarter.

Defensively, the Bulldogs contained Notre Dame star running back Cortaz Williams to only 40 yards, but had difficulty with the Irish’s other options on offense like Coleon Williams.

The 7-0 Notre Dame team will look to continue its undefeated season with a home contest scheduled against Nottingham High School on Oct. 25 at 7 p.m.

Next week, the 4-2 Hopewell Valley Central Bulldogs will look to bounce back on the road against Princeton High School on Oct. 26 at 11 a.m.