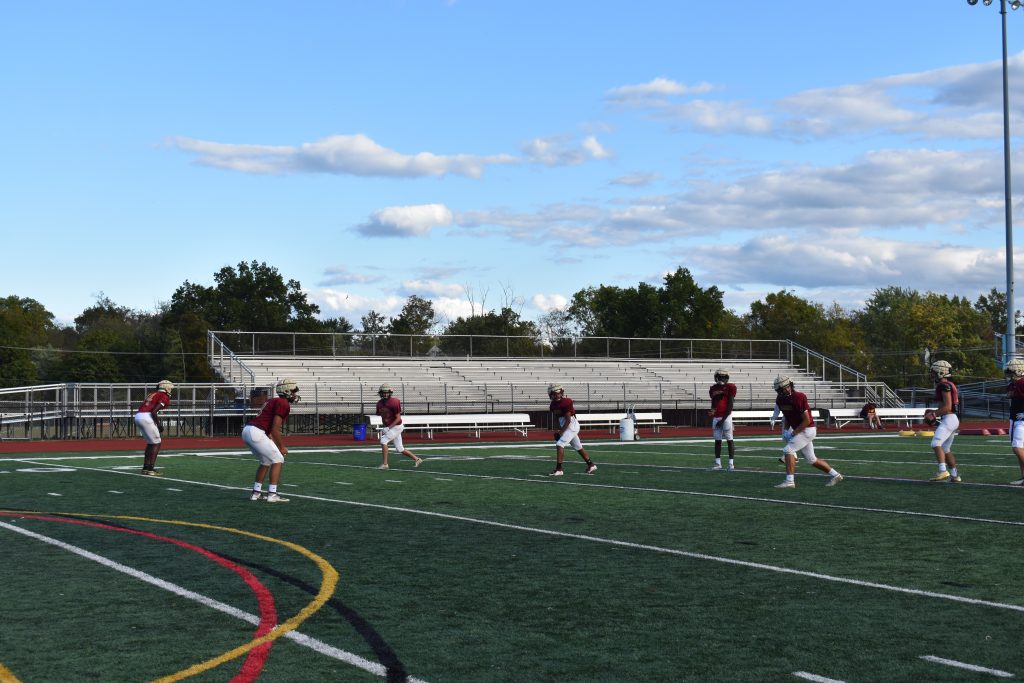 Hillsborough football players get set to run a drill during a practice at Hillsborough High School on Sept. 24.
× 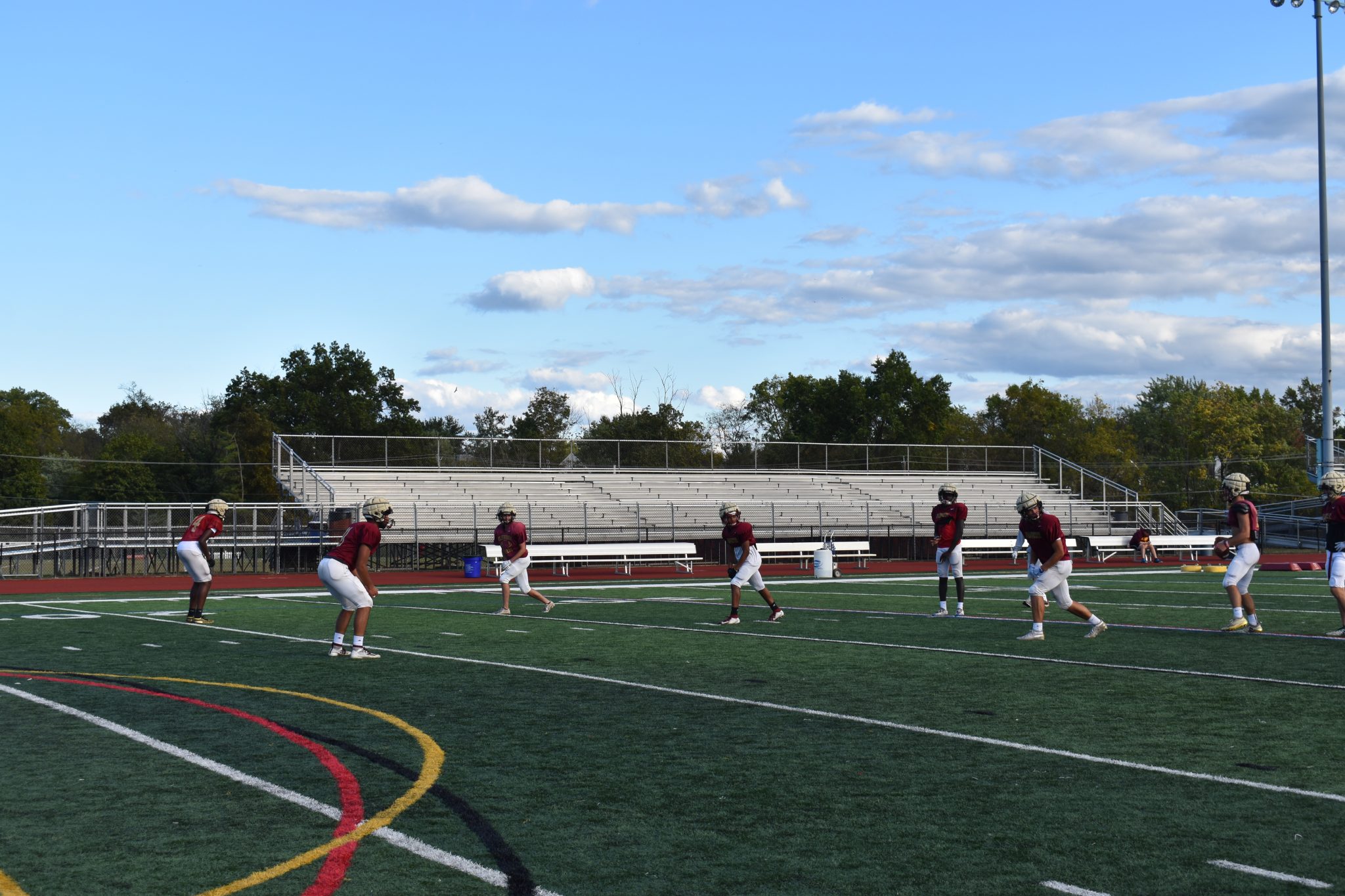 Hillsborough football players get set to run a drill during a practice at Hillsborough High School on Sept. 24.

The Hillsborough High School football team is back on track.

After losing two straight games to start the month of October, the Raiders beat Colonia High School, 26-0, on Oct. 18 at home.

Quarterbacks Tommy Ramsey and Andrew Rygiel combined to go seven for 10 for 78 yards and three touchdowns. Running back Sean Levonaitis ran for a touchdown and caught a score. Matt Michinard and Thomas Amankwaa both caught touchdowns as well.

The Raiders’ victory improved their record to 5-2 on the season. They started 4-0, outscoring their opponents 101-38. But then they lost two straight games by double digits, 32-13 to Ridge High School on Oct. 4 and 28-7 to Phillipsburg High School on Oct. 11.

In 2018, the Raiders made the Central Jersey, Group 5 state sectional playoffs but lost a road game, 42-7 at Sayreville War Memorial High School. They are trying hard to open the playoffs at home this fall, and they are on track to do that.

“The guys are more ready to play,” said Hillsborough coach Kevin Carty. “They have developed and gotten faster.”

Last year’s Hillsborough team struggled in the second half of the season after losing Levonaitis for a couple games. This year, Hillsborough has a healthy Levonaitis, and he’s better than ever, with 782 rushing yards and eight total touchdowns through seven games.

But it also has a whole lot more than Levonaitis, and that wasn’t true a year ago. Ramsey is a good dual threat quarterback, with 708 passing yards, 406 rushing yards, six passing touchdowns and three rushing touchdowns.

Amankwaa has emerged into an all-around receiver, with 20 catches for 402 yards and four touchdowns. Four other Hillsborough receivers have also caught touchdowns.

“Sean has been even better,” Carty said. “But we are getting contributions from a lot of other guys, too.”

Hillsborough has two tough road games left on its regular season schedule, at East Brunswick High School on Oct. 25 and at Piscataway High School on Nov. 1. If Hillsborough can win both games, it should be able to earn a first round playoff home game on Nov. 8 or 9, when the state playoffs begin.

But that won’t be easy. East Brunswick is a solid football team with a 3-3 record, and Piscataway is a really good team with a 5-2 mark.

“The tests are coming,” Carty said back in September.

And they are still coming.

But the Raiders are well-rounded, healthy and seemingly ready to pass the tests. Kickoff on Oct. 25 at East Brunswick is set for 7 p.m.