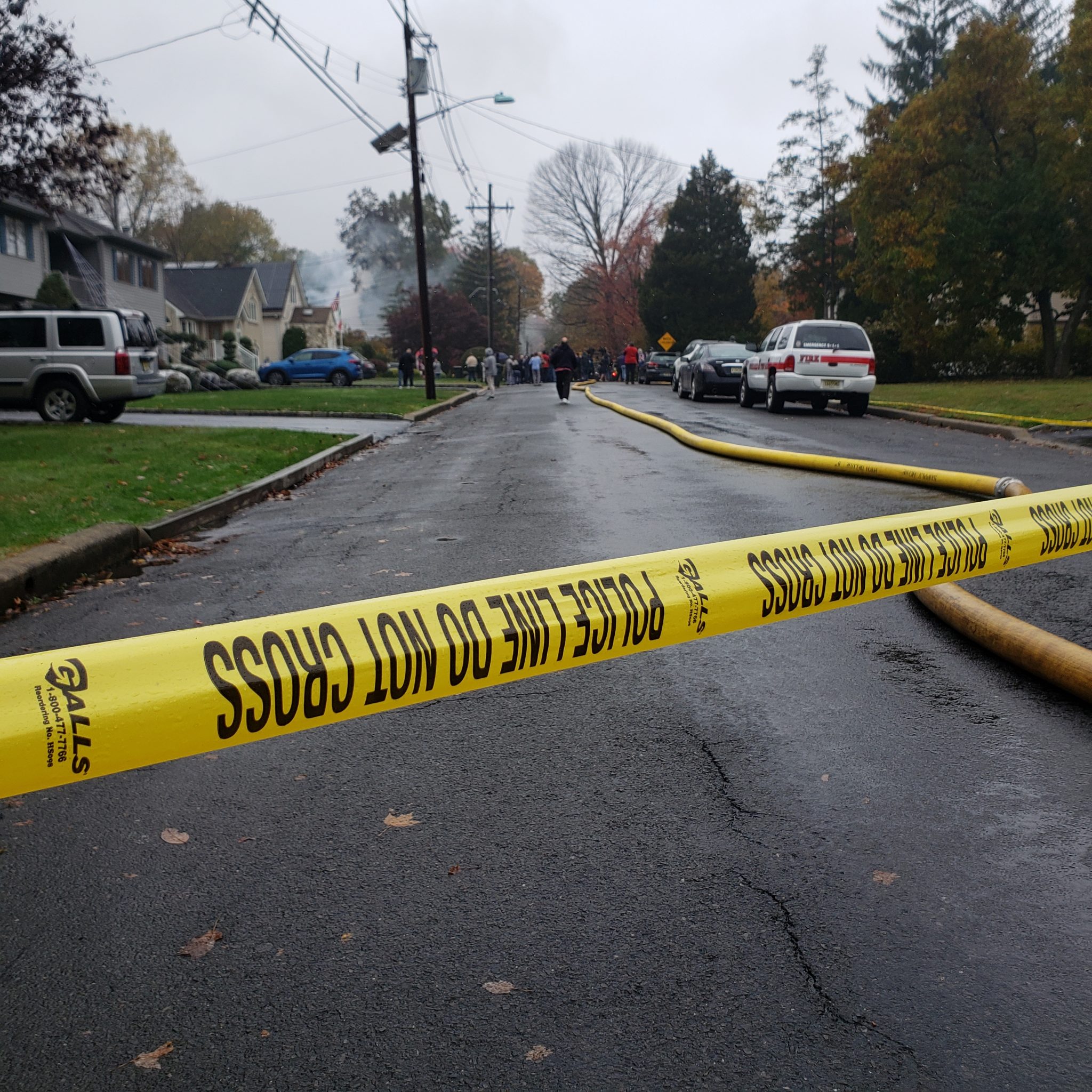 WOODBRIDGE – Emergency personnel from Woodbridge Township along with surrounding areas descended on Berkeley Avenue in the Colonia section of the township after reports of a Cessna 414 crashing into two homes at 11 a.m. today, Oct. 29, according to officials.

As smoke continued to billow above the tree lines of the residential street, Woodbridge Mayor John E. McCormac, alongside Police Director Robert Hubner, answered questions from the media around 12:30 p.m. The plane was not visible from the street.

“There were no injuries on the ground,” he said. “No one was in the home and there was a woman next door who got out.”

The homes are near Claremont Avenue Elementary School No. 20. McCormac said thankfully, the plane didn’t divert a quarter of a mile away.

McCormac said he heard the plane was coming from an airport from Newport News, Virginia, headed to Linden Airport.

When asked about the condition of the pilot of the plane, he said he is unsure condition, but sent his prayers for the pilot.

McCormac said at the moment emergency personnel are continuing to watch for hotspots.

In a statement on social media, the Federal Aviation Administration (FAA) said they would provide updates as they become available.

“The FAA is en route to the scene to begin the investigation,” the statement said. “The National Transportation Safety Board also will investigate and will determine probable cause of the accident.”