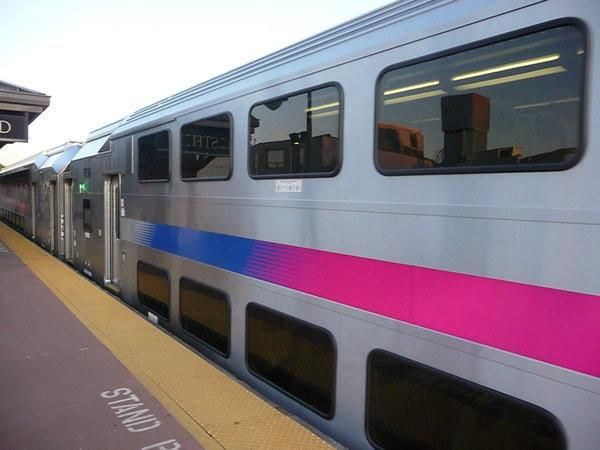 NORTH BRUNSWICK – North Brunswick, and by extension Middlesex County and Central Jersey, have a lot riding on the development of a much-anticipated train station at the MainStreetNB transit village.

Middlesex County, through the Middlesex County Improvement Authority, will serve as project manager through an agreement with NJ Transit for the design and construction of the train station. Local, county and state officials gathered on Oct. 30 where the Greene Turtle and Courtyard Marriott sit on Main Street at 2300 Route 1 north.

This latest information came almost two years to the day from the previous major announcement on Oct. 28, 2016, regarding the securement of $50 million from the state Transportation Trust Fund for the project. Middlesex County also pledged $20 million to add a station stop at the former Johnson & Johnson site.

“This station will become a significant piece of infrastructure within an already vital transportation system,” Middlesex County Freeholder Director Ronald G. Rios said. “This is a big, big day for us.”

Mayor Francis “Mac” Womack spoke of the vision the township has, along with Jonathan Frieder, managing partner of Garden Homes Development, which has been developing the MainStreetNB project since 2006.

“We, as a town, came together and opted to accept the responsibility,” Womack said. “North Brunswick, our one little town, has benefited from the county, the state, and all the workers … to fill and satisfy that need to make it work for them.”

Gov. Phil Murphy returned to North Brunswick for the second time in two months, noting, “It is good to be back … last time was a more somber moment on Sept. 11; today is a more celebratory moment.”

He said the longest stretch along the Northeast Corridor line without a stop is the 14 miles between Jersey Avenue in New Brunswick and Princeton Junction, and North Brunswick will fill that service gap.

“This is a great economic boom for Central New Jersey,” State Senator Bob Smith said. “And it’s terrific for the environment. When we get people out of cars, not making long strips, not burning fossil fuel … this helps commuters get where they have to go and takes cars off the road.”

Diane Gutierrez-Scaccetti, commissioner of the Department of Transportation, said North Brunswick will be a model station for other locations. She called New Jersey a “basket of values” and said, “We are adding a community by building a train station … the sense of neighborhood is the key to what New Jersey is.”

The next stage of the project will be to progress from concept design to final engineering design, which is likely to include a permitting process, which the county anticipates being completed within the next two years, according to Rios.

“Let’s get a shovel in the ground,” Smith said emphatically.

For updates on the transit village project, visit www.mainstreetnb.com.