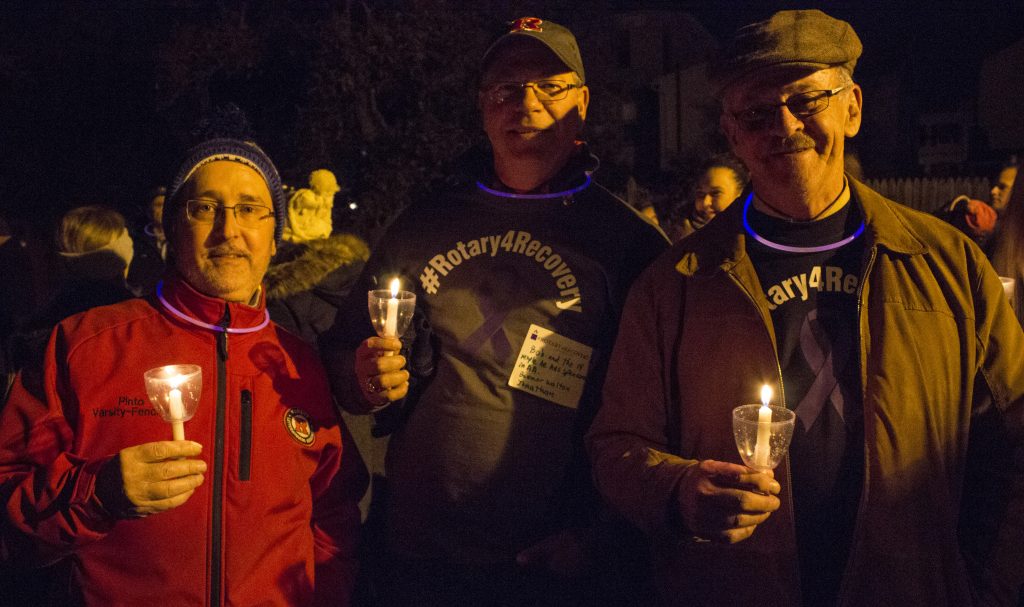 Patrons who attended the 2018 'Rotary 4 Recovery Walk' organized by the Bordentown Rotary Young Professionals in an effort to raise awareness of drug addiction. Photo by Thomas Wiedmann
× 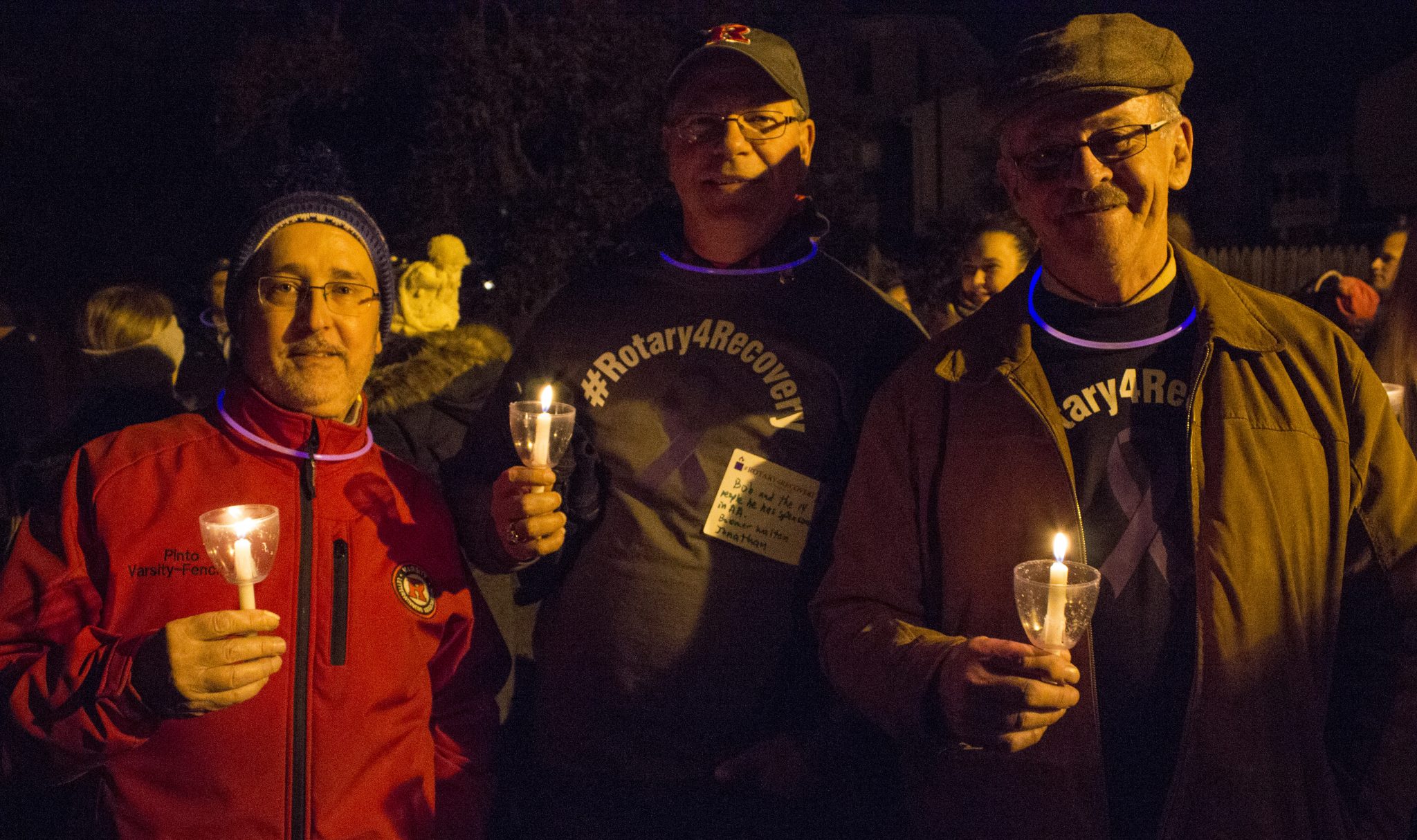 Patrons who attended the 2018 'Rotary 4 Recovery Walk' organized by the Bordentown Rotary Young Professionals in an effort to raise awareness of drug addiction. Photo by Thomas Wiedmann

An event aimed to raise awareness about drug addiction is set to return to Bordentown this November.

The Bordentown Rotary Club will be the host to a “Rotary 4 Recovery Walk” event on Nov. 7, which will welcome patrons to come out and support family, friends and community members in an intent to raise awareness about drug addiction. The event is scheduled to be held at the Carslake Community Center on Crosswicks Street beginning at 6 p.m.

This year’s event comes after a well-attended gathering last year when more than 200 people, which included local patrons, city officials and law enforcement adorned in purple glow necklaces, candles in-hand and stickers attached to their clothes stating, “I walk for…,” gathered at the Hope Hose Humane Company 1 building in Bordentown City on the evening Nov. 14, 2018 to show their support and consolidation for the victims of drug addiction.

The Bordentown Young Professionals Rotary organized the event, which featured speeches from Bordentown City Mayor James Lynch and victims of addiction followed by candle light walk through the city to “break the stigma” of not discussing addiction in support of addict survivors and to remember those who have fallen from addiction.

Co-chairperson of the Young Professionals Rotary Hillary Moore joined the group last year knowing something had to be done to address the persistent issue of addiction in local communities. Moore said she wanted to organize an event to show victims of addiction and their families that they aren’t alone in their struggle.

For this year’s event, Moore said she wanted to make even more outreach efforts by inviting groups and resources available to attendees who might be affected directly or indirectly by addiction.

“This year, we are trying to bring more resources from the community in to be able to provide help to anybody who might be actively in addiction,” Moore said. “We will probably have some families walking who know somebody currently still battling addiction.”

Moore explained that in addition to organizing an event where various resources would be available in an aim to assist locals, the gathering is meant to serve as a way to bring people together for an important cause.

“We are also trying to welcome people who are overshadowed or overlooked in the past who have had to remain silent either about their own personal battle or about a battle with a friend fighting addiction – anyone who has been silenced in the past to now come together and recognize that there are other people going through the same thing,” she said. “It’s to provide a sense of unity and to get people talking about [addiction] that maybe haven’t talked before.”

The coordinators also said food, refreshments and live entertainment will be provided at the event in addition to a station set up to design posters and signs to demonstrate who an attendee may be walking for. The coordinators said a $5 donation is politely requested for the event to receive a candle for the walk, but those who may not choose to donate are still welcomed to join as well.

Moore said that speakers will be at the event, which will be followed by a candlelit processional through the Bordentown City area.

“It’s to extend a hand to another person in the community to let them know that they are not alone,” she said. “Last year, before the walk, we had ‘Rotary4Recovery’ sweatshirts made, and so many people I knew from the community had one that I would have never known that they were actively in recovery or had also lost someone to addiction […] I hope that everyone can find someone in the community here, so that they know they are not alone and that this is a problem that spreads across Burlington County and the world at this point.”