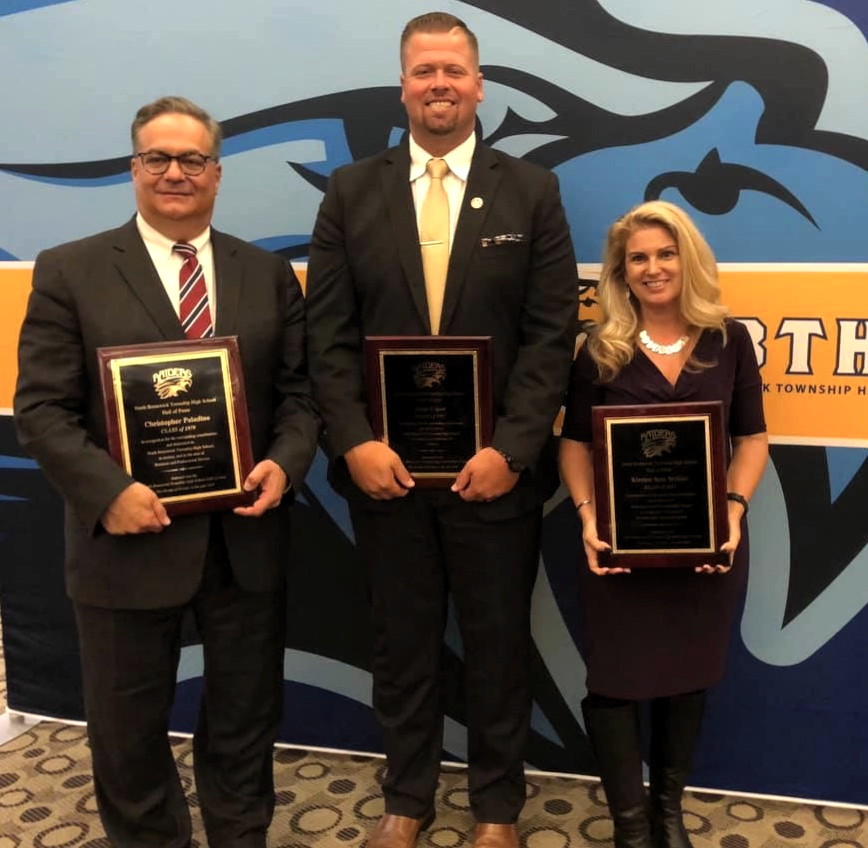 NORTH BRUNSWICK – For the first time in the history of North Brunswick Township High School (NBTHS), there is an all-encompassing Hall of Fame to recognize individuals who have distinguished themselves by their contributions to NBTHS, to society, and/or in their field of work, study, athletics or service.

The Board of Education’s Community Relations Committee sought a way, about a year ago, “to improve the brand and the story and the narrative” of North Brunswick, according to Zychowski.

In April, there was an open call for nominations for NBTHS graduates or staff from 1975 to 2009 in the following categories: Business and Professional, Distinguished Service, Humanities, Medicine, Science and Technology and Athletic Recognition. There is also a special Lifetime Recognition for teachers who did not graduate from the district but “who are still part of the success story,” Zychowski said.

A 14-member committee, comprised of former alumni led by Amy Rumbo, the district’s director of Accountability and Special Programs, as well as Zychowski, vetted candidates for induction once all nominations were filed.

Zychowski explained that each candidate was evaluated against him/herself, needing 80 percent of the votes to move onto the next level. Of the six finalists, three were elected to the Class of 2019.

Paladino currently serves as the president for the New Brunswick Development Corporation (DEVCO), and currently developed the new New Brunswick Performing Arts Center and residential tower in partnership with Rutgers University, George Street Playhouse, and Middlesex County among others. His leadership was also essential in developing numerous projects in New Brunswick and throughout New Jersey, which include the Atlantic City Gateway project, the College Avenue Redevelopment Initiative, the 15 Washington Street Renovation, the Gateway Transit Village and Wellness Plaza, and the Heldrich Hotel and Conference Center.

Paladino serves as a Distinguished Senior Policy Fellow at the Bloustein School of Planning and Public Policy at Rutgers University, and was honored by the University as a Loyal Son of Rutgers. He also serves as a Trustee of the Robert Wood Johnson University Hospital Board, Trustee of the Board of Crossroads of the American Revolution, and is a member of the Rutgers Business School Real Estate Executive Committee.

Prior, she had been with Special Olympics for nearly 20 years. She joined Special Olympics International in 2000, and has served the organization in many prominent capacities which include Media Relations manager, director of Global Branding, director of Marketing and Public Relations, vice president of Global Branding and Communication, and most recently chief brand and communications officer. Seckler led a team of professionals that worked creatively to shape and challenge perceptions about people with intellectual disabilities and build awareness of, and engagement with, the Special Olympics program.

Prior to joining Special Olympics International, Seckler worked in the marketing department at Kraft where she managed the experiential marketing tour of the Oscar Mayer Wienermobile, and introduced the brand to both Canada and Mexico.

She also spent five years working as a print journalist, and in 2009, was an honoree of the Washington Women in Public Relations – Woman of the Year Award program. Seckler is a member of the National Press Club, the American Marketing Association, and the Association for Women in Sports Media.

She also has been an adjunct professor at Georgetown University for the Master of Professional Studies Sports Industry Management Program since 2013.

Cipot was selected as a team captain of the 1996 NBTHS football team, as well as for the high school’s 1997 Greater Middlesex County Conference championship and state sectional final basketball team.

Cipot is also a member of the State Police Explorer Mentoring Program which guides young adults into a career in law enforcement.

He has served in a volunteer capacity for the NBTHS football program for almost 10 years, and currently serves as the assistant head coach.

Cipot is also a board member and coach for the Millstone/Upper Freehold Pop Warner Program.

“Not only does our new all-encompassing Hall of Fame present an opportunity to highlight former accomplished graduates, but it also allows us to preserve and promote our high school’s history. Above all else, this Hall of Fame ultimately provides a distinct connection between our past with our present,” said Rumbo, who is a 1994 graduate and who has worked in the district for 19 years.

“We wanted our current students to have a tangible example of success,” Zychowski said of the reason for holding the program on Oct 4 in-house, “to have students hear the narrative, hear the pathway and hear the commonalities, and see and touch real success.”

Nominees who did not continue on for induction this year will remain on the committee’s list for future consideration. Zychowski said at this time, 13 people remain on the ballot, though he hopes for many more submissions by next year.

One death from coronavirus reported in North Brunswick