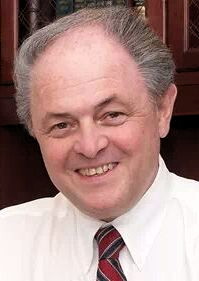 Republican candidates George Callan and Sue Hucko lost in their bid with 1,396 and 1,351 votes, respectively, or 16%.

Andrews has been a councilman for 15 years, Planning Board chairman for six years, Council’s Planning Board liaison for 12 years and Open Space Committee member.

“Property taxes are the No. 1 issue on the minds of all New Jersey residents. Locally we need to find ways to still deliver the services our residents are used to and deserve. Our mayor and council have kept our increase as low as possible while still providing services most towns have stopped providing. We need to do more. We need to look for inventive ways to cut costs. I would like to see as one initiative a study to see the feasibility of replacing our current exterior street and building lighting with solar powered lights. All interior lighting should be replaced with LED lighting. For small vehicles in our fleet we need to look to add electric vehicles with charging stations at our municipal buildings. We should do a study to see the cost efficiency of providing municipal internet service and township-wide Wi-Fi,” Andrews has said.

Guadagnino served on the North Brunswick Board of Education in 2015 and 2016. She joined the Township Council in 2017 and is the current council president.

“I am a huge advocate for our school district. We have an award-winning superintendent, who has a great relationship with the mayor and town council. The school district provides the best education for our children and it will be an exciting year with a new middle school opening in September 2020,” she has said. “We are lucky to be approaching a census year and I feel this is an incredibly important responsibility as a citizen and for our town to provide accurate information with total participation so North Brunswick gets the funding and recognition we deserve.”

However, Callan said the election results show that North Brunswick voters are “largely disengaged,” since voter turnout was only 13.5%.

“Those who voted yesterday prefer the status quo. Those who prefer change were a minority of voters defeated, but who must live with the elected representatives chosen by the majority voters,” he said. “The 21st Century is here and we have to get involved. We must hope for a self aware government that truly understands its limited role in our lives as a top priority goal. The greatest measure of liberty anyone can imagine is small government with as few costs and taxes as possible. As we look at the current trends, we are seeing many people who love liberty just sell their homes and leave New Jersey. It is sad because those who are elected have the consent of a minute number of voters. The large majority chose not to vote yesterday. It remains that this minute group of voters are deciding to stick with a unilateral municipal government. Why? How does one party rule serve the community? We have multiple layers of ‘reasons’ that can be peeled away before we understand why only 13.5% of registered voters bothered to cast votes yesterday.”
Offering best wishes to the re-elected candidates, Callan asked that they “try to reduce costs and taxes that we pay to live in North Brunswick. Many citizens pay over $10,000 per year in property taxes.”