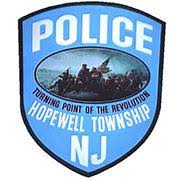 An early morning fire at a W. Shore Drive home damaged the garage and several cars parked in the driveway Nov. 8, according to the Hopewell Township Police Department.

Police received a call at 7:07 a.m. from a caller who said several cars in the driveway were on fire in the driveway. When police arrived, they found the fire was extending toward the garage.

The cause of the fire is under investigation by the Hopewell Township Police Department and Hopewell Valley Emergency Services. The fire is believed to be accidental.