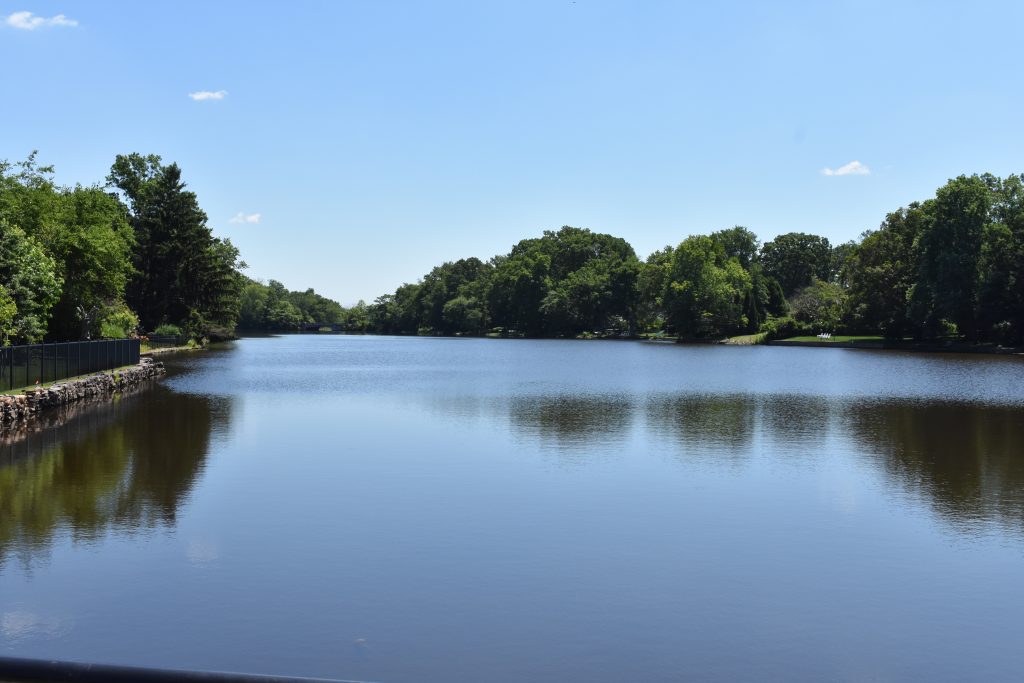 Cranbury Township officials are moving ahead with the process of dredging Brainerd Lake in the fall of 2020.

Officials, who are proceeding to the next stage of permits and bid speculation, will see in January what the confirmed cost of the project will be. The estimated cost will be $6 million, according to officials.

Sediment, a combination of clay, silt and debris, is to be removed in order to get the lake back to its full water capacity, Decker said.

“The shallower a lake is, the more sensitive it is to temperature. It gets warmer, which is not good for wildlife,” Decker said. “You develop a bio mass. The township had to treat that three times this year with herbicides.”

The proposal is to lower the lake and physically remove the sediment with excavators and truck the material offsite.

“There is a process called hydro-dredging, where they basically vacuum up sediment and put it on trucks. The problem with hydro-dredging is when you dispose of the material you pay by the weight. So, when you hydro-dredge, you are paying for a lot of water weight as opposed to the sediment,” Decker said. “So by lowering the lake, we have less water content therefore it will be less of an expense in disposing of the material.”

He said he is not trying to paint the picture of the dredging being a glamorous project.

“There is going to be an inconvenience. This will be about a two-month process occurring in the fall of 2020,” Decker said. “The reason for the fall is because there are environmental regulations to when we can lower the lake for wildlife and so forth.”

He said residents will notice an odor.

“The bottom of the lake is not the most pleasant smelling feature. There will be about 2,000 truckloads of sediment, [that] is what we are looking at,” Decker said. “That [will be] about 50 trucks a day over an eight-week period.”

Vehicles would go through Village Park and set up a staging area that contractors would have to restore back the area’s existing state.

“Hopefully we can remove a lot of the invasive species and resolve that [issue]. Folks that have a lake front property will be able to do maintenance on their shore line, as long as it does not require a permit,” Decker said. “This is definitely going to be an inconvenience for awhile between truck traffic, the odor and just operation.”

The committee is currently trying to find how much the entire project would cost, though as of now it’s estimated to be around $6 million, he said.

“We are at the no-go or go stage. The next step before the end of the year is to start applying for permits and to put the bid specs together,” Mayor James Taylor said. “The last thing we want to do is go through the permitting process and bid spec process and find that next year the township committee does not have the votes to do the bond.”

Committeeman Glenn Johnson is in support of the dredging.

“I have sat through the subcommittee meetings and met with the engineers twice. There is no question that this needs to be done. It will not get cheaper it will only get more expensive. This is the time to do it,” Johnson said.

Deputy Mayor Dan Mulligan said this project has been in the committee plans for sometime.

“We had planned that once we had the good financial times, this project would be a priority; it needs to be. We have to be all in on the lake, it is the focal point of the community.” he said.

Committeeman Mike Ferrante had some objection to the project due to the cost of what everything could be.

“I was bringing a healthy dose of skepticism to this. Not against the project, but because it is a lot of money. This is half of our municipal budget in a given year,” Ferrante said. “I wanted there to be this kind of process where we heard some of the facts of what this is. I look forward to seeing what the final price will be.”