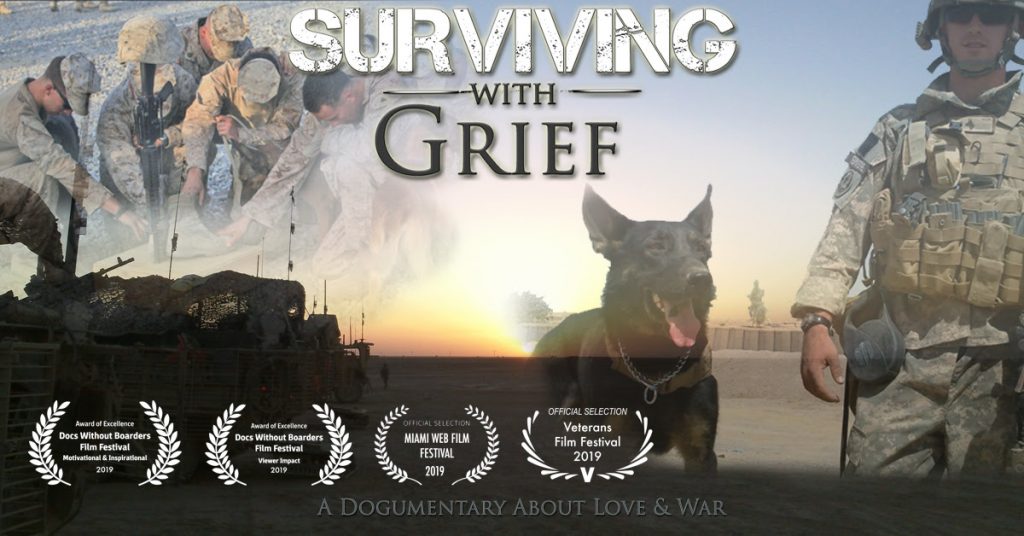 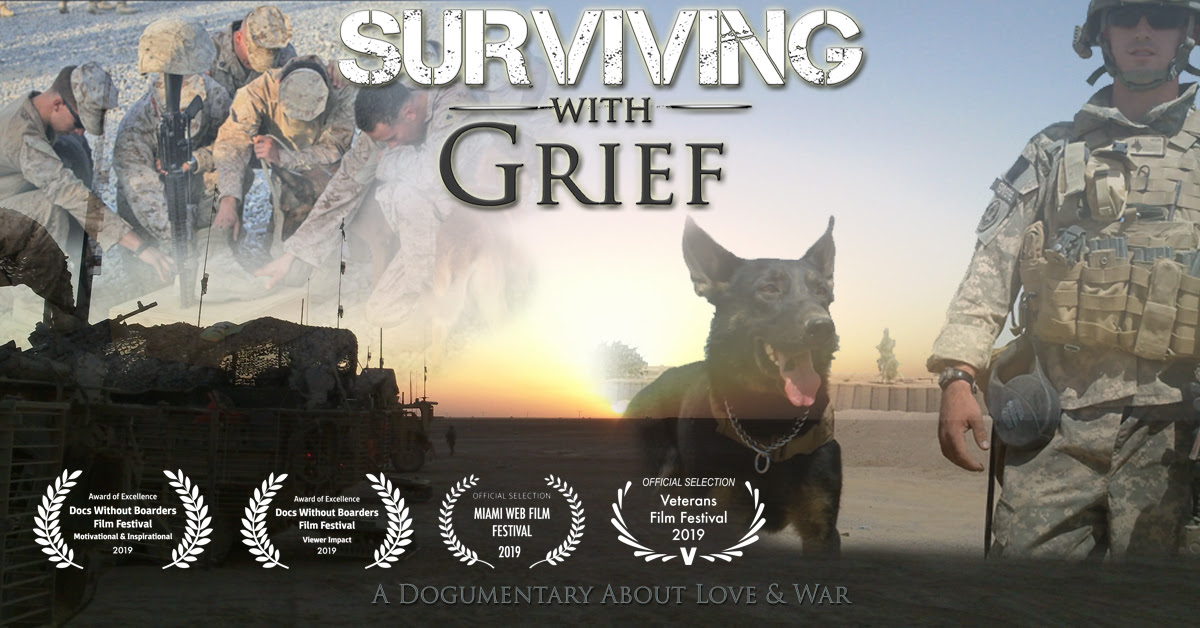 When considering the circumstances of war, it can often be viewed through the lens of the people involved: servicemen and women, global leaders, innocent bystanders, etc. Animals are rarely, if ever, considered.

A team of Rowan College at Burlington County (RCBC) filmmakers have trained their lenses on military working dogs in a documentary called “Surviving with Grief” that has been selected by several film festivals throughout the world.

County patrons are asked to join the campus community for a special Veterans Day screening following by a discussion with the film’s subject, United States Marine Sgt. Alfred Brenner and the student filmmakers at 12:30 p.m. on Nov. 11 in the Votta Hall Auditorium.

The dogs are trained for several years before they are ready for duty, and their handlers continue to train them afterward. The presence of a military working dog and handler provides security and reassurance to Marines, knowing a dog has swept a potentially hazardous area.

“Surviving with Grief” tells the story of Sgt. Alfred Brenner, of the United States Marine Corps, and his incredible bond with his German Shepherd, Grief. Brenner and Grief were deployed together to Afghanistan in the summer of 2010. During this time in a contentious war zone, the two developed a significant bond, as they worked and survived together. “Surviving with Grief” follows their relationship from its inception to its explosive ending.

“It’s never easy telling the story of how your best friend was killed in action,” Brenner said in a statement. “When you hear a story filled with death, blood, sacrifice and the evils war has to offer, it’s hard not to be affected by the content.”

Filmed and produced by RCBC alumni Kristen Lusk, Kiara Toledo, Sam LaFlamme, Jack Lambert and Riel Diquino, “Surviving with Grief” has been selected by multiple film festivals. Most recently, it’s been chosen as an official selection of the Veterans Film Festival 2019. It will be screened as an Official Competition title at the 5th annual festival, held in Canberra, Australia.

“It’s my new mission in life to ensure that those who hear Grief’s story do not cry, but laugh,” Brenner said. “They should not be sad but rather filled with joy. I will be forever indebted to those students who put every ounce of creativity and effort into telling this story.”

Attorneys raise issues with ordinance that would limit warehouses in Howell