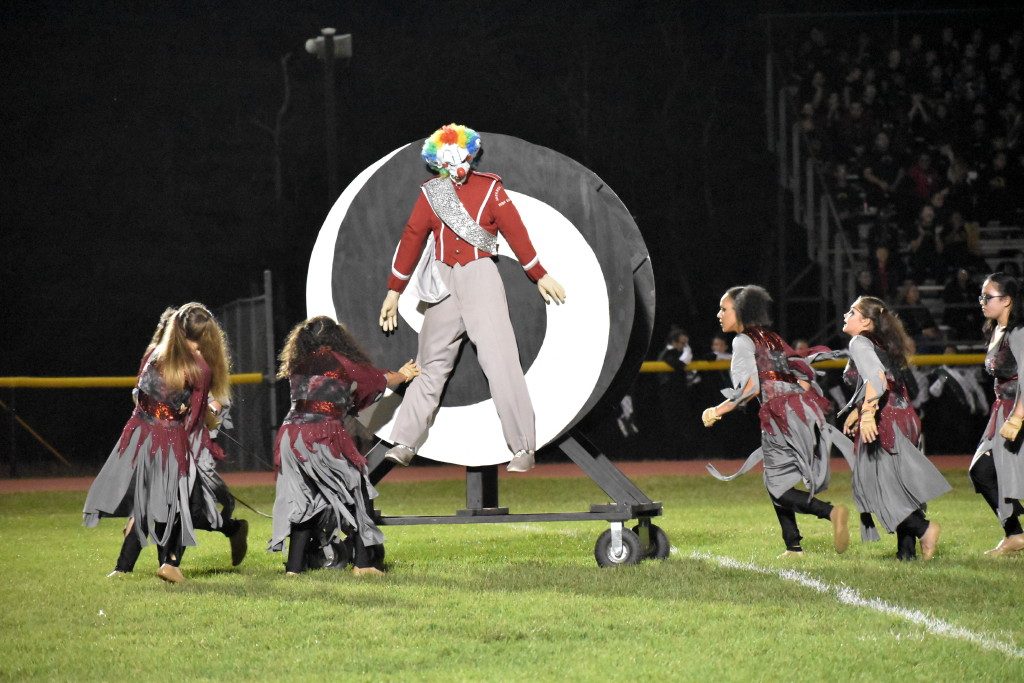 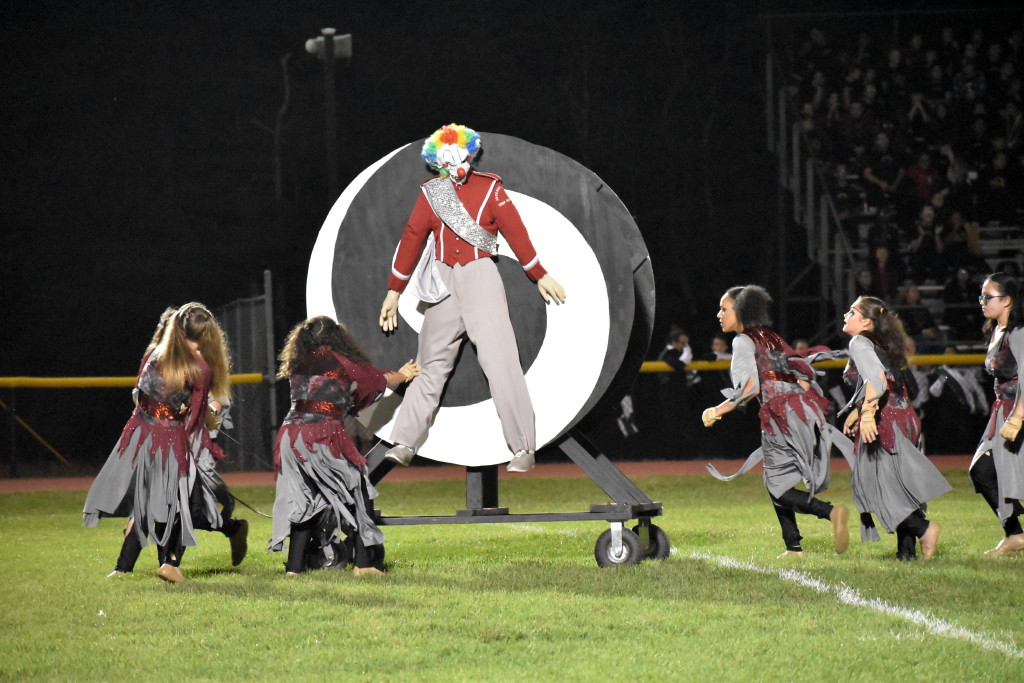 The band earned a first place finish in its group and had the highest overall score out of all 15 competing bands in music and color guard, according to a press release.

Greta Guarneri, a junior in the band, said, “The performance felt really strong. Everyone was pumped while marching off the field because we knew we all did a great job.”

Band Director Scott Katona said, “The students, staff and parents worked hard all season and having the top scores at the end of the night was a great way to end the season.”

Jackson Liberty’s 2019 marching band show was entitled “Cirque Noir.” The students performed a creepy circus theme and brought many effects to the field, including “shooting” someone out of a cannon, jumping on trampolines, juggling and backwards bicycle riding. The show began and ended with a larger-than-life clown popping out of a giant jack-in-the-box.

The band received standing ovations throughout the season, a first in the band’s history, according to Katona.

The students’ new focus now that the marching band season has ended is to continue to work on their concert band, jazz band, percussion ensemble and woodwind choir repertoire and to organize the annual vendor fair, which will take place on Dec. 8 at Jackson Liberty High School.