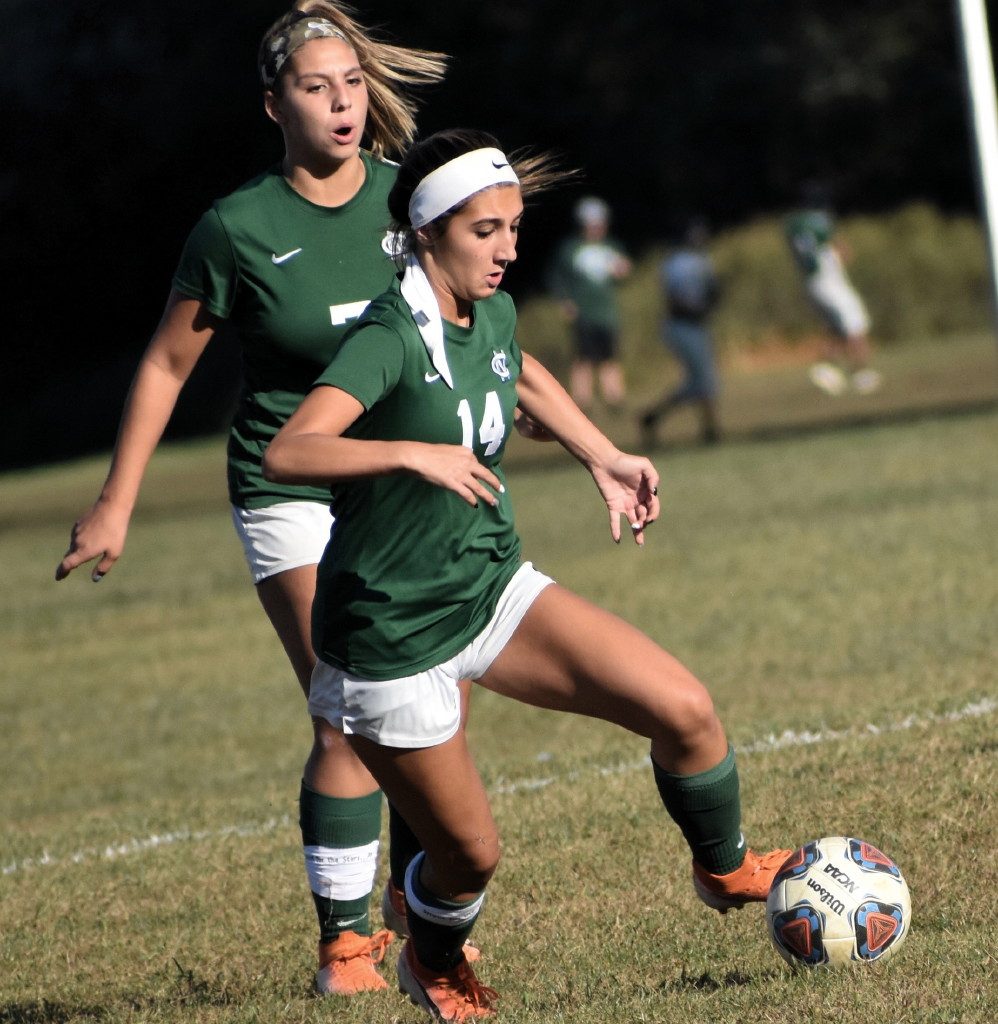 It all came together for the Colts Neck High School girls’ soccer team in the latter half of the season.

Starting with an impressive and heartfelt 3-1 victory over Middletown High School North in honor of the program’s 2018 team mom, Patricia Pecoraro, who passed away earlier this year, the Cougars got on a four-game roll.

That surge enabled Colts Neck to climb above the .500 record and advance back to the semifinals of the NJSIAA Central Jersey, Group 3 sectional tournament for the sixth straight season.

A come-from-behind 2-1 overtime victory against Lawrence High School in the first round of the state sectional tournament and then a upset over second-seeded Brick Township, 4-2 in penalty kicks, shot the seventh-seeded Cougars into the state sectional semifinals to face the No. 3 seed, Allentown High School.

Colts Neck rallied from a 3-2 deficit to force overtime against the Redbirds, but the Cougars came up on the losing end of penalty kicks this time around with Allentown advancing to the state sectional final with a 3-1 shootout victory.

“It was a season unlike I have ever coached before,” said Colts Neck coach Kevin Hein. “Any time we got down, our girls didn’t panic and believed they could comeback. Our team was up and down to start the season, so to see the kids come together and play the type of soccer they were capable of, was fun to watch.”

There were a lot of shining moments for Colts Neck in its strong postseason run, beginning with sophomore Jordana Golove in the first round of the sectional tournament.

The sophomore knocked home the equalizer with 3:51 left in regulation to help Colts Neck force overtime. In overtime, Golove once again shined for the Cougars, scoring the game-winning goal for her sixth score of the fall to help Colts Neck advance to the quarterfinals.

Losing to Brick 1-0 in the sectional semifinals last year, Colts Neck got its revenge by outdueling Brick Township in penalty kicks.

Freshman Juli Coniglio, junior Ashley Cataneo and senior Catherine O’Connor each scored a goal in the semifinal loss to Allentown for Colts Neck. Kushnir had two assists in the contest as well.

“We were able to fine tune some things before the Middletown North game,” Hein said. “We got healthy. Our team was able to work on our set pieces that helped us score more goals in the playoffs.”

Colts Neck had five goals in the postseason off set pieces.

The Cougars finished the season with an 8-6-4 record.

Ending the season strong and having most of his team returning next season, Hein believes his team will be a confident group going into next season

“The girls really matured over the course of the season,” Hein said. “If they can continue to improve and take that next step, they can be a special team next year.”