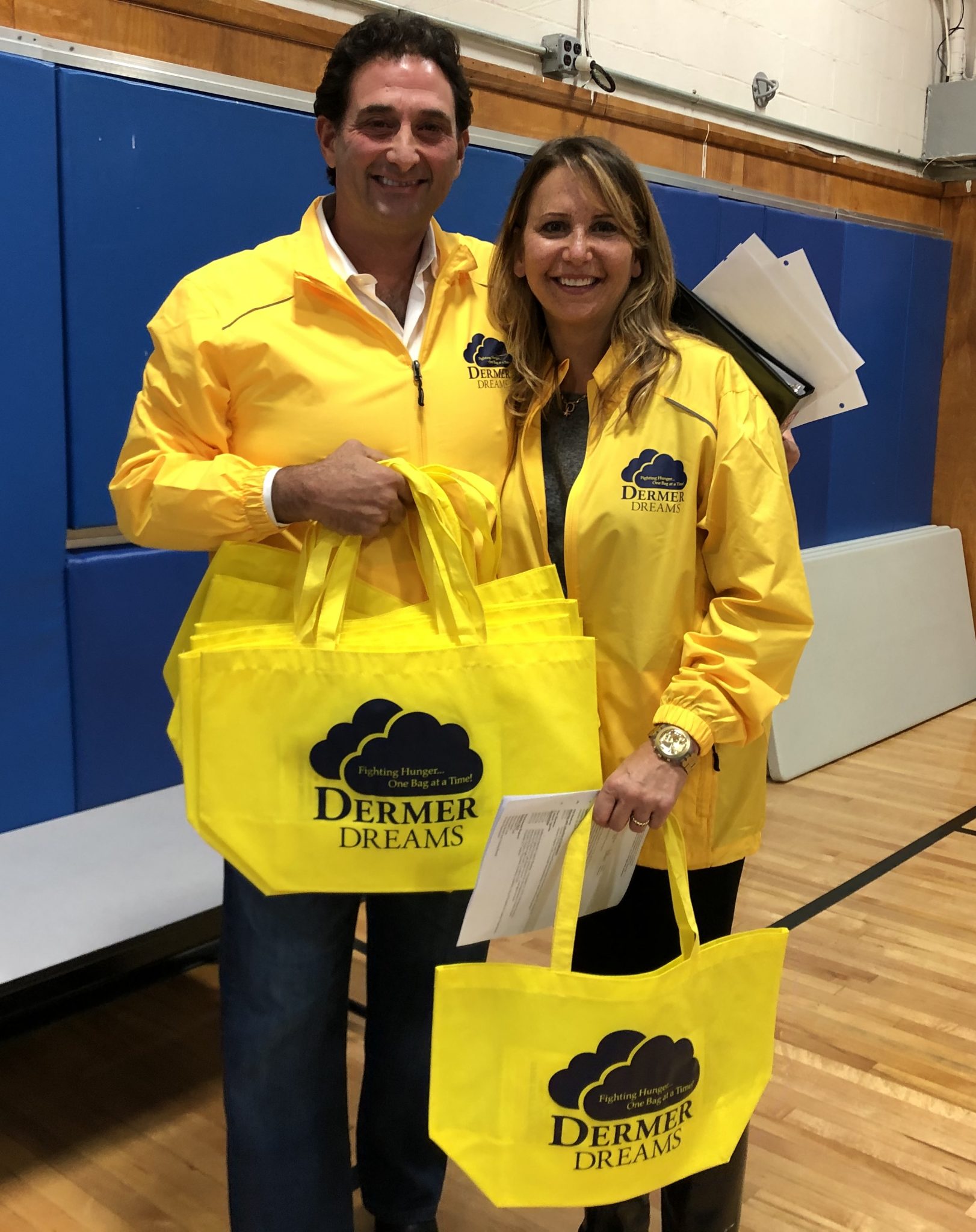 FAIR HAVEN – Daniel and Alyse Dermer, a husband and wife from Fair Haven, have spearhead “Dermer Dreams,” a non-profit organization focused on fighting hunger, to ensure no child or adult feels the effects of an empty stomach.

Yellow Dermer Dreams bags were distributed to all 2,200 homes in Fair Haven on Nov. 16. The bags include instructions and a requested donation list of items. Items collected will be donated to Lunch Break, a local food pantry, in Red Bank.

During a Borough Council meeting at Knollwood Public School on Nov. 12, the pair sought municipal approval to place lawn signs on properties in Fair Haven.

The signs, which were approved, promote the Dermer Dreams Food Drive on Nov. 23.

That day, pupils at the school were introduced to the workings of a municipal governing body during the council’s annual collaboration with adolescents in student council. Students in the eighth grade were invited to watch democracy in action.

Dermer Dreams was established after Superstorm Sandy in 2012. Daniel and Alyse, who have two children, said they were temporarily displaced after the storm destroyed their former home in Sea Bright.

“We were lucky enough to go to other places where people put us up. But (our family) noticed how many people were left in shelters (after Superstorm Sandyand did not have food to eat,” Daniel said. “We then went out and created this non-profit organization.”

Daniel, a residential property manager in New York City, developed a food drive program across each one of the buildings his company managed.

“I run a number of buildings and had to access to thousands of apartments,” Daniel said. We created a program where a Derma Dreams donation bag was put out on about 3,000 apartment doors in New York City each year since Superstorm Sandy hit. Each year we would deliver about 5,000 to 10,000 pounds of food to different shelters.”

Addressing the pupils, Daniel said, “Our mission is simple, we fight hunger one bag at a time,” Daniel said. “I know it’s all hard to imagine when we live in beautiful Fair Haven, but just minutes from here, every single night, there are people who do not have enough food to eat.

“Unfortunately, many of these people are children. For the kids who are here today, it’s important that you understand that not every kid grows up with what you have here in Fair Haven. The truth is, many of the kids grow up with less than what you have and some of them do not even get enough food to eat,” Daniel said.

Residents in Fair Haven may put their donation bags filled with one or more of the suggested items on their front porches on Nov. 23. The Dermer Dream team will drive through the borough to collect the bags and deliver them to Lunch Break.