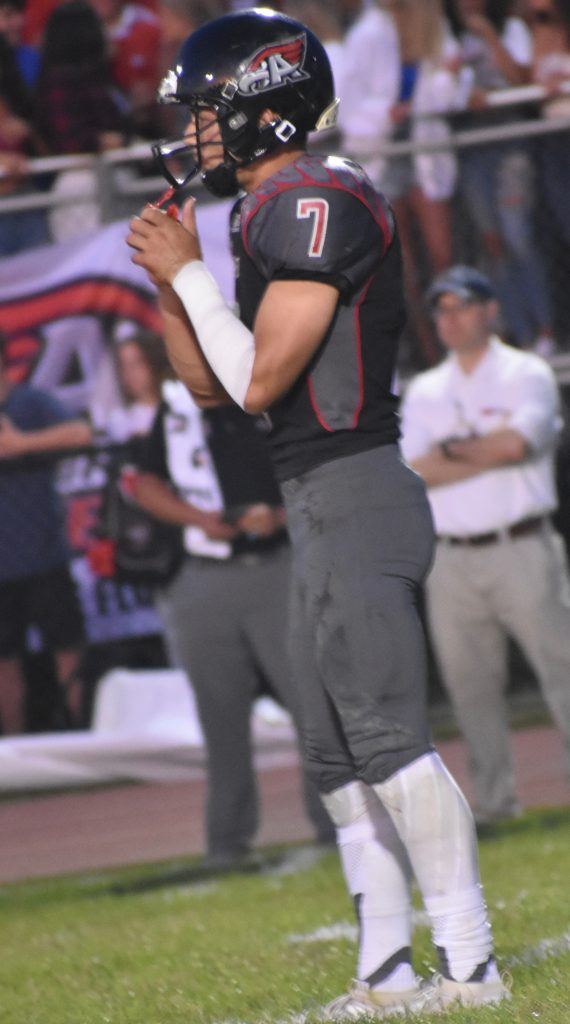 Allentown High School quarterback Dan Merkle takes the shotgun snap during a game played earlier this season against HIghtstown. Allentown finished this season with a record of 5-5.STEVEN BASSIN/STAFF
× 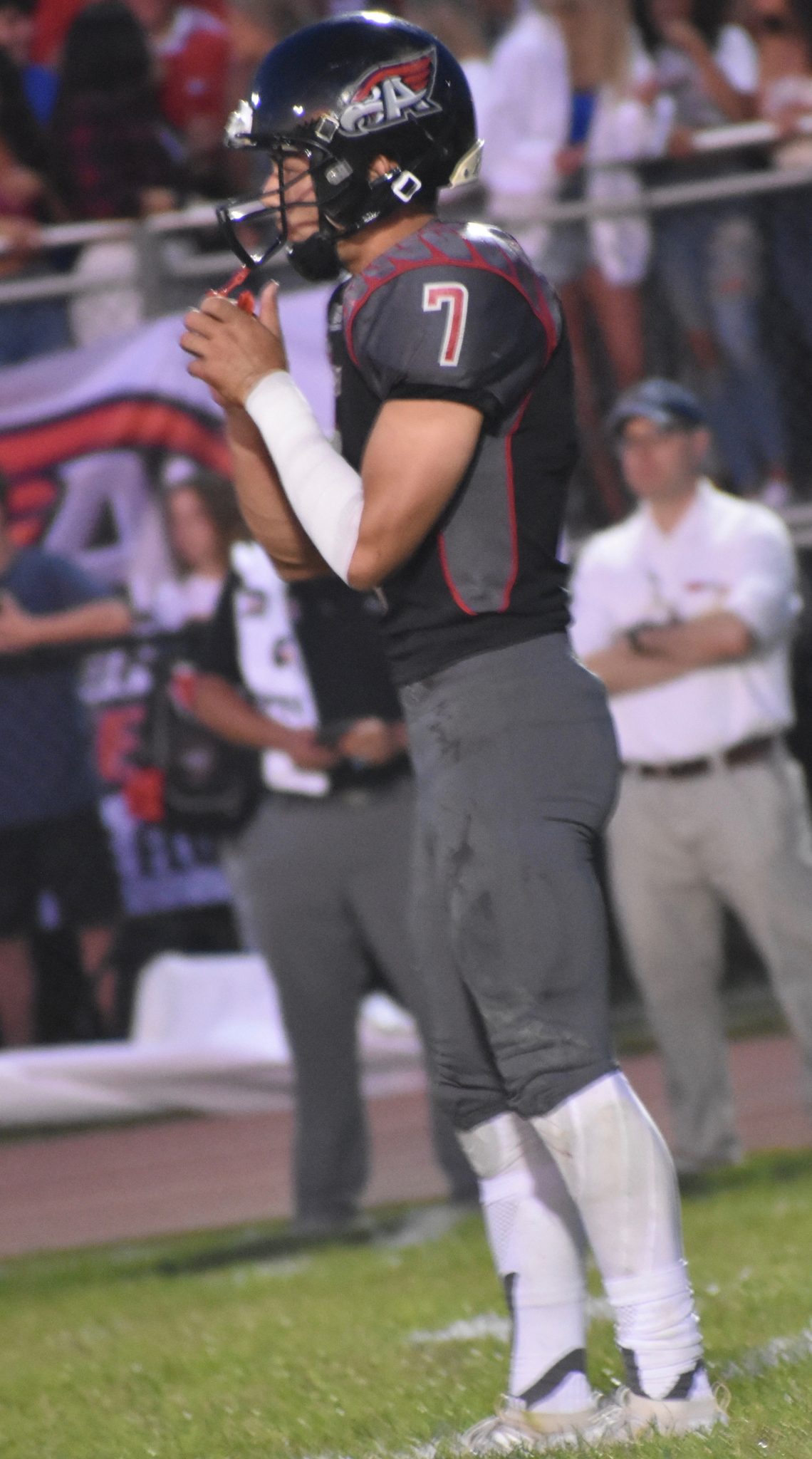 Allentown High School quarterback Dan Merkle takes the shotgun snap during a game played earlier this season against HIghtstown. Allentown finished this season with a record of 5-5.STEVEN BASSIN/STAFF

The players as well as the coaches can be complemented on how they handled playing three high-stake football games in just nine days.

Every game of the three showdowns had playoff implications surrounding them.

Through all the physical and mental demands that football brings, Allentown didn’t waver one bit and the Redbirds were ready to play each time they took the field.

Entering a “must win” game against Nottingham on Nov. 2 to keep its state playoff hopes alive, the Redbirds found a way to rally back in the fourth quarter to defeat the Northstars. An eight-yard touchdown run by quarterback Dan Merkle led to Allentown picking up a 16-12 victory over Nottingham to close its regular season with a 4-4 record.

Even though Allentown had at first qualified for the  state sectional playoffs based on its power point ranking, the Redbirds were at first on the outside looking in when Robbinsville jumped them to get No. 8 and final seed in the NJSIAA Central Jersey, Group 3 bracket.

Because Robbinsville finished the regular season with a perfect 9-0 record, that finish enabled that program to automatically become eligible for a state playoff berth. Undefeated teams are deemed eligible for the state playoffs according to NJSIAA rules.

Allentown athletic director Phil Ricci filed a protest on behalf of his school on Nov 4.

Ricci argued that Allentown qualified for the state playoffs with the amount of power points they earned, while Robbinsville was just eligible because it went undefeated in the regular season.

The NJSIAA decided and ruled that the most “equitable” way to handle the situation was for the two teams to square off in a “play-in” game on Nov. 6. The winner would then advance to the first round of the Central Jersey, Group 3 playoffs.

Allentown was the host team and took advantage of its second chance, outscoring Robbinsville, 17-3, in the second half to defeat the Ravens, 24-10, and advance to the first round of the state sectional playoffs.

“We stuck to the basics, made a couple big plays and were fortunate to come away with the win,” Lachenmayer said.

The season came to an end for Allentown just a few days later on Nov. 10 against Wall in the first round of the state sectional playoffs.

After going through their rigorous schedule from the past week and down 49-0 at the half, the Redbirds didn’t quit one bit and fought to get points on the board in the second half in a 49-7 season finale loss to the host team, Wall.

“Their effort never wavered,” Lachenmayer said. “It was a truth testing moment for our kids. They came out hard. They wanted to put points on the board and they did that.”

Allentown finished the season with a 5-5 record.

With Merkle and a host of young talent coming back next fall, Lachenmayer believes Allentown is on the right track going forward after his first year at the helm.

“Our team did whatever it could to get the program back to its winning ways this season,” Lachenmayer said. “It was a good first year for me. I feel this season set our team up for success in the future.