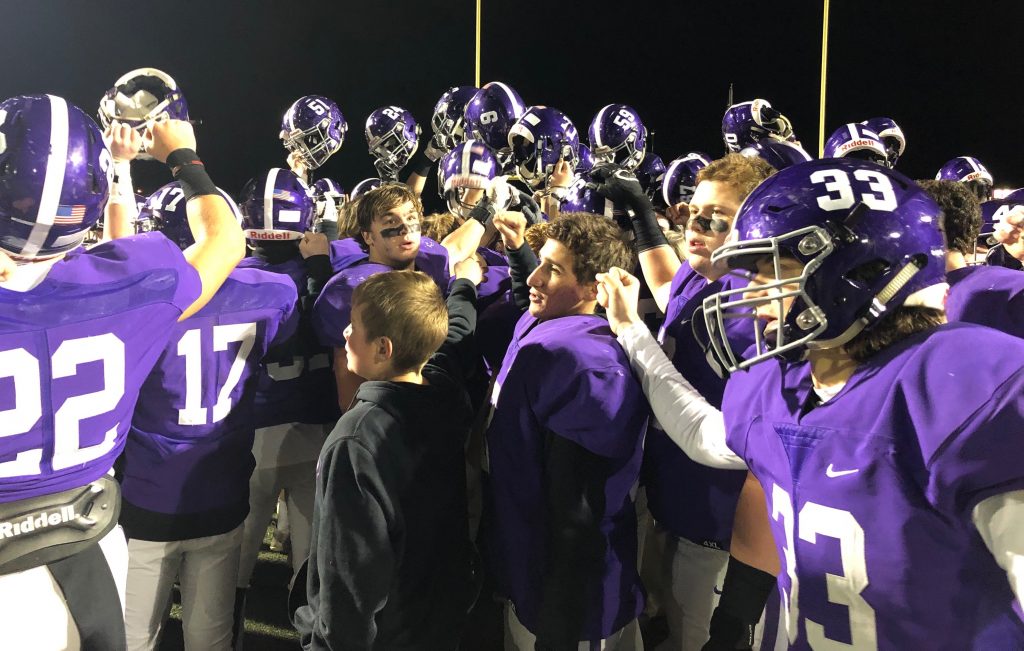 It’s sectional championship week for the New Jersey State Interscholastic Athletic Association public schools, while non-public semifinals are on tap this weekend, too.

The public and non-public playoff games are scheduled for Nov. 22 and 23 through out fields across New Jersey.

Here is a look at the Top 10 rankings in Central Jersey after week two of the state playoffs.

1. Notre Dame, 10-1: The Irish gave top-seeded St. Peter’s Prep all it could handle and more in a hard-fought 45-35 losing effort in the quarterfinals of the Non-Public, Group 4 playoffs. Running back Cortaz Williams and quarterback Jake Renda each had two total touchdowns in the  setback for the Irish. Coleon Williams had a 85-yard kickoff return for a touchdown to begin the game for Notre Dame, which finished with its best record since 2004.

2. Mater Dei Prep, 7-3: It was the Malik Ingram show in the quarterfinals of the Non-Public, Group 3 bracket for the Seraphs, who jumped up to No. 2 in the rankings this week. Ingram amassed 302 yards rushing and four touchdowns to help Mater Dei defeat Pope John XXIII of Sparta, 49-14, to advance to the semifinals. Mater Dei will face-off against Red Bank Catholic in the semifinals on Nov. 22 at Count Basie Park in Red Bank.

3. Jackson Memorial, 8-2: Jackson Memorial moves up a spot to No. 3 in the rankings this week with its come-from-behind 27-21 victory over Toms River East in the semifinals of the Central Jersey, Group 4 playoffs. Quarterback Lonnie Cebulski rushed for 114 yards and two touchdowns and threw a touchdown pass to help lead the Jaguars to a comeback victory. Jackson Memorial will travel to play top-seeded Hammonton on Nov. 22 in the sectional final.

5. Red Bank Catholic, 5-3: The Caseys had another bye this week and will serve as the host to Mater Dei Prep in the Non-Public, Group 3 semifinals on Nov. 22. It’s a rematch of last year’s Group 3 final where Red Bank Catholic topped Mater Dei, 14-10.

6. Rumson-Fair Haven, 6-4: For the ninth time in 10 years, the Bulldogs secured a spot in the sectional finals with a gutsy 16-9 victory over Timber Creek in the semifinals of the Central Jersey, Group 3 playoffs. Senior running back Peter Crowley rushed for two touchdowns to help Rumson-Fair Haven advance to the final. The Bulldogs will play Wall in the sectional finals on Nov. 22 at Wall Township High School.

7. Woodbridge, 10-0: The Barrons cracked the Top 10 this week by edging out Randolph, 14-13, to advance to the final of the North Jersey, Section 1, Group 4 bracket. Woodbridge will play Bergen County’s Northern Highlands in the sectional final on Nov. 22 in Allendale.

8. Hillsborough, 8-3: The Raiders saw their season come to an end in the semifinals of the South Jersey, Group 4 playoffs, losing to Lenape, 28-17. Hillsborough finished with its best record since 2014.

9. Old Bridge, 8-1: The Knights were upset by Kingsway in the first round of the Central Jersey, Group 5 playoffs on Nov. 8. Old Bridge won its first eight games of the season.

10. Middletown South, 4-5: The Eagles gave top-seed Hammonton a battle in the semifinals of the Central Jersey, Group 4 playoffs, but it was not enough as Middletown South was eliminated from postseason play with a 32-29 defeat by the Blue Devils. Middletown South will now gear up to be the host to rival Middletown North on Thanksgiving Day, Nov. 28.

Hillsborough thankful to play full season on the gridiron