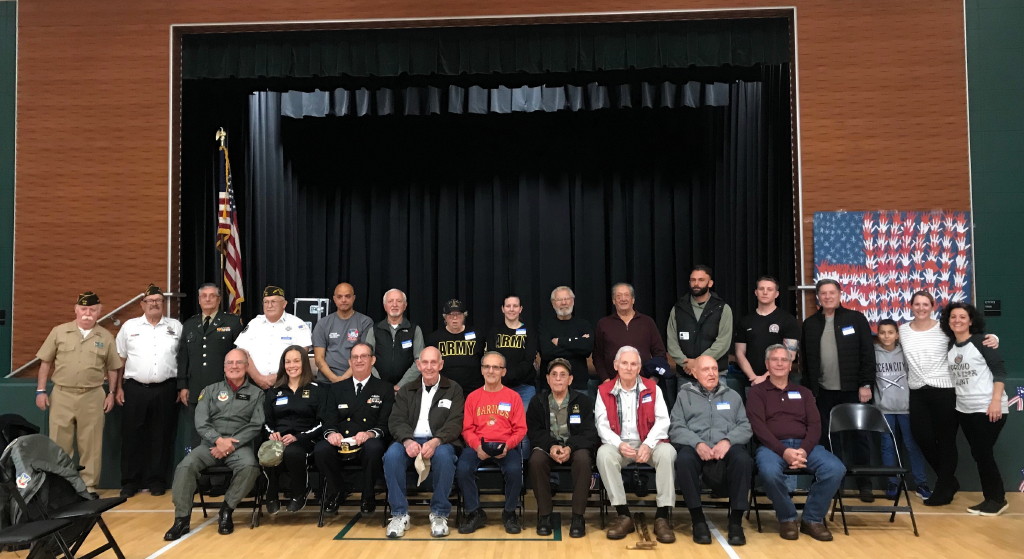 On Nov. 11, the East Brunswick High School celebrated Veterans Day with the annual Flag Raising Ceremony. Members of the student body, faculty and staff joined a military contingent made up of Army, Navy, Marine Corps and Air Force members to honor the service of the nation’s veterans, according to a prepared statement from the East Brunswick Public Schools District.

The day began with a message to the high school community from Lt. Edganis Torres Sierra, United States Navy, who is a member of the East Brunswick High School Faculty and is currently deployed overseas.

On the same day, Chittick Elementary School staff and students were also honored to celebrate Veterans Day with 23 veterans representing a variety of military branches and ranks, according to a prepared statement.

Each grade level presented a poem or song to celebrate our veterans and thank them for their service. At the elementary school, a film was also shown which was created by its students explaining the meaning behind Veterans Day.

Some of the veteran visitors were relatives of Chittick students and staff, and some were local community members, according to a prepared statement.

On Nov. 12, students at Memorial Elementary School, gathered as a school community to thank the local veterans from VFW Post 133, as well as, family members who have served the country. At the conclusion of the assembly, the student council representatives presented the veterans with donations the students of Memorial School have collected in recent weeks, according to a prepared statement.

The students and faculty were grateful to thank their veterans for their service and to remind them that they remember their sacrifices for everyone’s freedom.