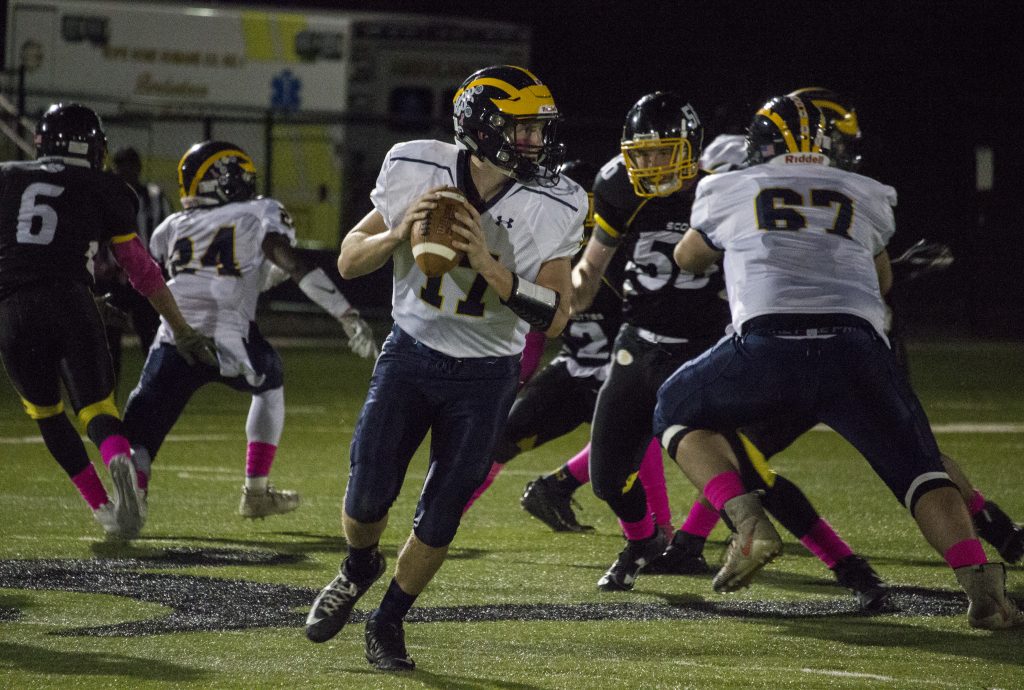 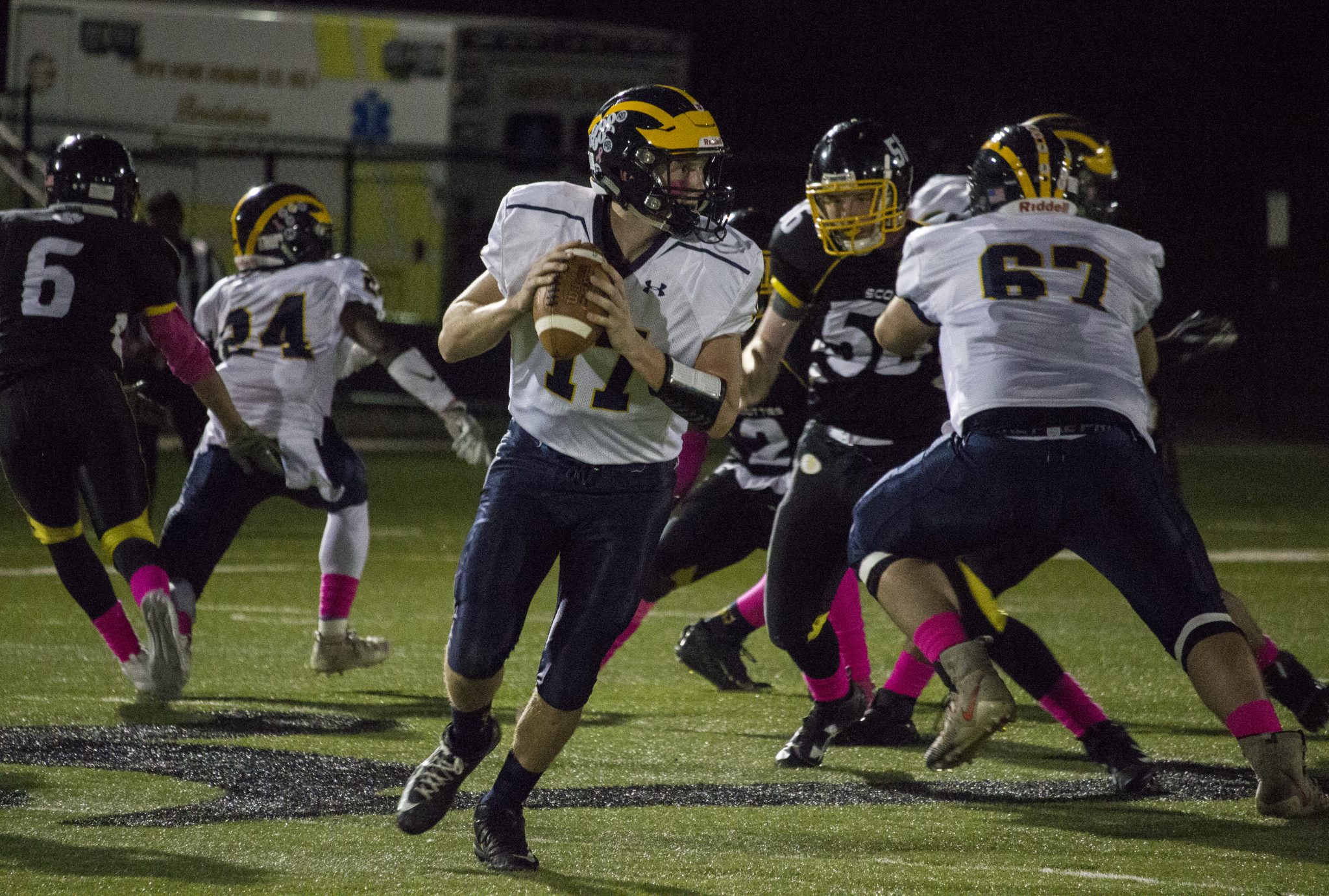 The Florence Township Memorial High School football team may not have reached the heights this season compared to the previous year, but the squad still posted some impressive numbers this fall.

With one regular season game left on Thanksgiving Day on Nov. 28 at home against Riverside High School, the Flashes can already reflect on a hard-fought season.

Florence finished their division schedule this year and recorded a winning 4-1 record in the West Jersey Football League Freedom Division. The Flashes finished the division in second place just behind the 4-0 champion,  Burlington City High School.

Florence had won the division title in 2018.

Heading into the holiday game, Florence owns a 4-4 record.

Although the Flashes did not contend for a state sectional playoff run this year, the team had plenty of bright points throughout the season, which included key divisional victories as well as some highlights on the stat sheet.

Florence’s Jason Baldorossi helped pace the offense with multiple appearances in the quarterback position. Alongside his duties on defense, in 12 completions, Baldorossi connected for 263 yards and delivered four touchdown throws on the year. In 14 carries, Baldorossi rushed 38 yards and scored two touchdowns this season.

Charging from the backfield along the way, Florence’s Devonte German also had an impressive season at the running back position. In 98 carries, German rushed for more than 700 yards and scored six touchdowns this season.

German stepped up in two particular games this fall when the Flashes faced Holy Cross Preparatory Academy at home on Sept. 27 and an Oct. 11 road game against Bordentown Regional High School.

In the October crosstown rival matchup against Bordentown, German rushed for 190 yards and ran for three TDs to spark the Flashes to a 35-10 victory.

Justin Tisdale also proved to be a versatile player for Florence this season both as a running back and receiver. In 20 rushing attempts, Tisdale ran for more than 100 yards this season.

In a Sept. 13 road game against Palmyra High School, Tisdale recorded a 40-yard catch for a touchdown. Florence defeated Palmyra in that game, 26-22.