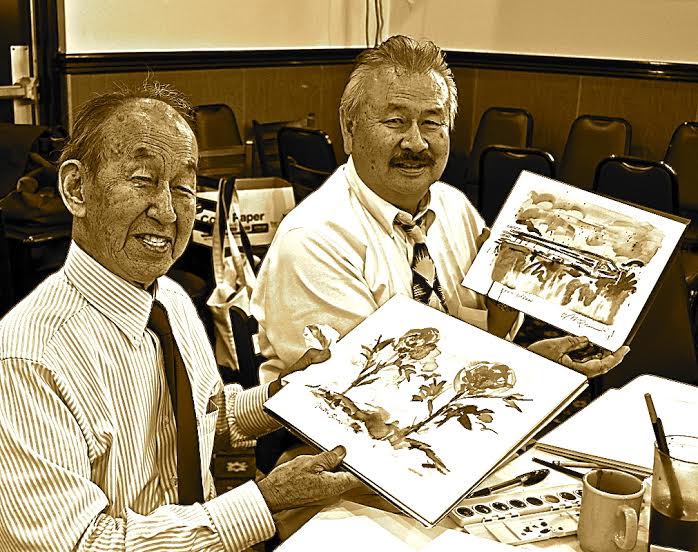 Mike Quon did not have what it takes to practice dentistry.

At least, that is what a former college professor insinuated after Quon received poor results on his first exam.

Nonetheless, it was a moment of relief, as Quon had never felt admiration for the practice.

To his advantage, Quon inherited a asset that could not be retained by memorizing facts in a medical textbook, or by spending hours in an academic lecture.

“Oddly enough, my father wanted me to be a doctor or dentist,” Quon said. “The first part of my life, I liked art, but was encouraged to study medicine even though all indications were that I didn’t have the talent because medicine required (a knowledge) of math and chemistry.”

The allure of creation attracted Quon as a child.

Although Quon did not fully understand his father’s profession, he remembers finding Disney production cels, which are transparent paper on which objects are produced for animation, around his childhood home.

“I did have (my father) draw Mickey Mouse for my friends. So I knew (my father) had this rare job he was entertaining,” Quon said, who at the age of 13 began to understand the uniqueness of his father’s craft.

Like his father, Quon enjoyed drawing cartoons. Growing up in Los Angeles, a “surfer craze”  took place during his teen years and inspired the young man to artistically imitate the west coast custom.

“Because I was wrapped up in this surf culture, everything was always about beaches and the ocean. Everything was bright, sunny and colorful,” Quon said. “I could mimic cartooning pretty easily. Since the surfer craze was happening, I learned how to draw and imitate surfers. That’s kind of how I started.”

Quon is the only artists among his siblings. Quon’s father, who recently passed away at 105-years-old, “anointed” his son with a desire to create art.

“If my father was an accountant, I don’t know if he would have given me an accounting gene,” Quon laughed.

Quon, a resident of Fair Haven, has presently made a name for himself designing international brand identities.

He is the principal and creative director of Quon Design LLC, a graphic design firm that creates visual communications, corporate identities and illustration for marketing, advertising and promotion, according to this website.

“I always knew I was more than just an illustrator, I use art on one side of my brain but I do get tired of that. I also like to solve problems,” Quon said, noting that he needs to create images that are aesthetically appealing, yet sway consumers.

After graduating from UCLA School of the Arts, Mike launched his career as an art director at J. Walter Thompson and Young and Rubicam before establishing his award-winning design office in New York City 30 years ago, according to his website.

Quon’s promotional illustrations for advertising and editorial campaigns, his graphic design collateral and packaging, and his hand-crafted logos have been seen around the world.

“Usually clients come to me with a problem they have,” Quon said. “Either (the client) needs to go after a new market, refresh their look, or change their image.”

When speaking with his clients, the artist is inundated with “quick flashes of inspiration.” He assesses the mental images and writes them down. It’s usually those initial images that “stick.”

“That’s part of being a problem solver and a thinker. You immediately have to draw upon your experience,” Quon said. “Design for marketing is not science so you need to test new things. You are trying to influence people.

“Because my dad was involved in design, he also alerted me to other artists. He would say ‘look at this.’ When trying to find a style, (artists) do it by imitation or by noticing what feels comfortable when it comes to our way of seeing the world,” Quon said.

Quon, who has also designed graphics for events such as the Summer Olympics, has a style that is uncomplicated. His aesthetic is energetic, colorful and presents no difficulty in understanding.

Quon’s style is reflected almost as if his works are memoir of his childhood observations. His graphics, absent of realism, are simple drawings, much like cartoons, and are adorned with vibrant colors that nod at Quon’s young life in California.

“Whether it be an artist or a musician, (a creator) is always changing,” Quon said. “Not every artist can do this. I have been able to have the gift of understanding advertising mixed with design, mixed with graphics. I am able to simplify things to a bare minimum.”

Quon’s art can be recognized in the Two River community. The artist designed a series of colorful banners that hang from lamp posts in his town. He has created graphics for the Little Silver Library, the Two River Theater and TEDx Asbury Park.

“I was once released from following an unrealistic dream (in medicine). I’ve loved art throughout my life … Because my dad gifted me some talent, I was able to produce graphics, paintings and drawings. I had the gift,” Quon said.

Quon and his father, or Quonx2, as he referred to the duo, sometimes collaborated on artwork. If his father had not been an artist, Quon said he would probably still feel drawn to the craft.

“Many artists don’t have their children follow in their footsteps. I have the talent and it’s hard to explain where the talent goes because my brothers and my sister don’t have artistic talent,” Quon laughed. “(Having an artist in the family) could have ended if no one advanced the family tradition.”

Quon said he is presently in a “combined media period,” which the artists described as a desire to create collage art. Because he has many interests, Quon experiments with mediums other than graphics and illustration. 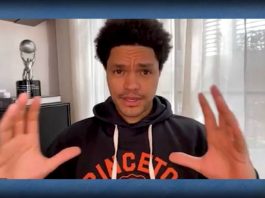 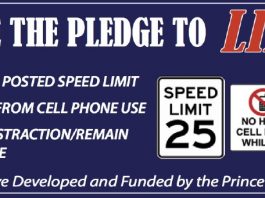 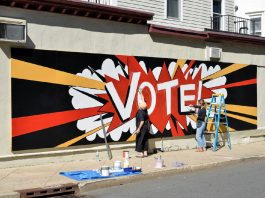