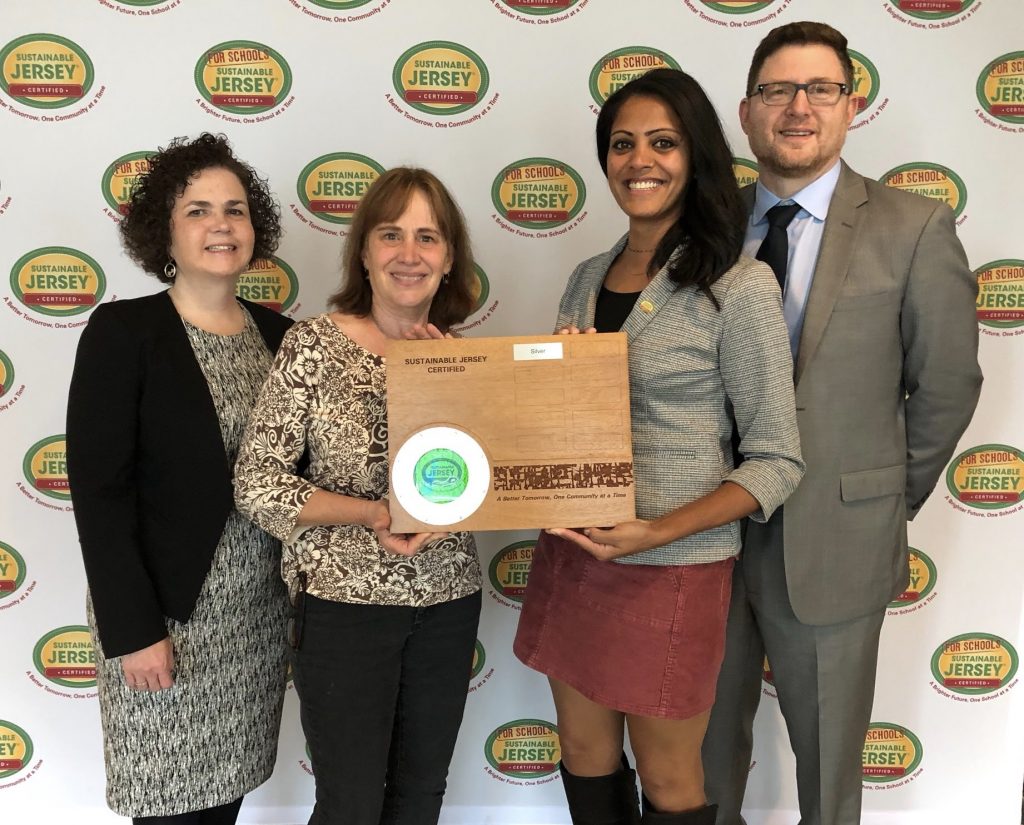 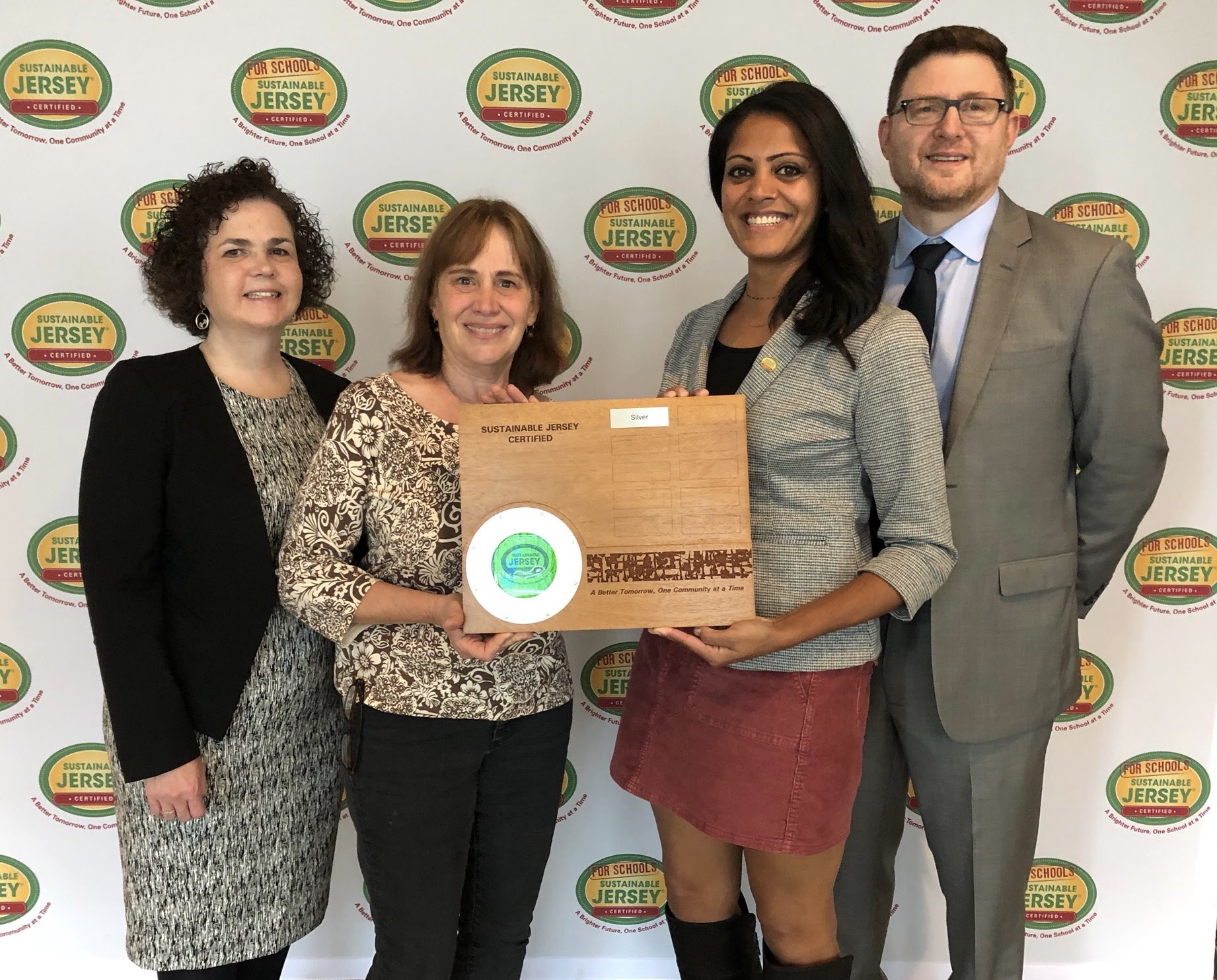 Bordentown City officials recently announced that the municipality was awarded for its efforts to create a more sustainable community.

The city was awarded silver-level certification this year with Sustainable Jersey, a non-profit organization that supports local regions in their pursuit of sustainability programs.

There are 448 municipalities in New Jersey, including Bordentown City and Bordentown Township, that are engaged in the program where certified towns excel in areas such as improving energy efficiency and health and wellness, reducing waste, sustaining local economies, protecting natural resources and advancing the arts.

Officials said the city currently ranks in the top four municipalities among 82 towns that received certification in this application cycle. The cycle is every three years. The city was also the winner of the “Sustainability Champion” award in the small category for municipalities with a population under 5,000 in 2013, 2016 and 2019.

“It shows that even though we are a small community, we can accomplish great things if we work together and everyone contributes even a little bit to the effort,” Desai said.

Desai explained that multiple actions the city has taken per its involvement with Sustainable Jersey has included the formation of the Environmental Commission, Green Team, Creative Team and Shade Tree Commission.

Not only have multiple community leaders made an effort to encourage a “green lifestyle” in the city, the municipal government also enacted various programs to do so with actions such as improvements to the city website, improvements to city recycling efforts (accepts yard waste, household hazardous waste and electronics etc.); improvements to communication with residents (email blasts versus only paper mailings); implementation of anti-idling and no-smoking regulations; and a prescription drug drop-off box in the police station.

In a joint statement released by Desai and Green Team member, Cathy Elliott-Shaw, the two explained the importance of the city’s collaboration with Sustainable Jersey to spread awareness about eco-friendly initiatives.

“Sustainable Jersey has created an exceptional program for the state to really push forward with sustainability initiatives and create a better world for generations to come,” the statement said. “This program has allowed us to build such an incredible network made up of volunteers, community groups, elected officials, city employees, and organizations in and beyond our municipality.

“It has also shed light on the importance of working together as a community, sharing knowledge and resources, and making sure we do what we can to continue improving the environment, arts, culture, and history of our community,” Desai and Shaw added.

The duo also noted that it the program has also engaged Bordentown students to get involved in sustainability initiatives for the future.

Brodowski said that the city is located in an environmentally sensitive area along the Delaware River, making it critical to focus on sustainability and conservation to ensure a healthy and vibrant community for residents and visitors alike.

“The city’s involvement in Sustainable Jersey provides a service to the city by not only increasing awareness of sustainability and environmental conservation, but it allows us to review our internal operations, to see what we’re doing effectively and efficiently, and to see where we have opportunities for improvement,” Brodwoski said. “We are so proud of the hard work done by the Environmental Commission/Green Team, volunteers, city employees and officials to earn Silver status and title of ‘Sustainability Champion.’

“Sustainable Jersey also provides a road map for planning and action to move us towards a more ecologically sensible municipality. Last month we submitted an application through Sustainable Jersey for a ‘Gardenier Environmental Fund’ grant to fund a Bordentown City Solar Study,” Brodowski revealed.

The city deputy mayor explained that if the municipality is selected for this funding, officials will conduct a study to review the city’s current energy usage and to determine it can utilize solar and battery systems to deliver renewable energy for city operations and to increase resiliency in the face of severe weather and a changing climate.

Upon the city’s silver certification status awarded this year, Bordentown City Mayor James Lynch also expressed his content for the community’s involvement and actions taken to support this initiative.

“I can certainly affirm and congratulate Bordentown City’s Green Team for their continued success in achieving this prestigious award,” Lynch said. “This was accomplished by volunteers who care deeply about the future of Bordentown’s sustainable future. I personally care deeply of turning over to future generations this mindset that we can all be proud of, so the path forward continues.”