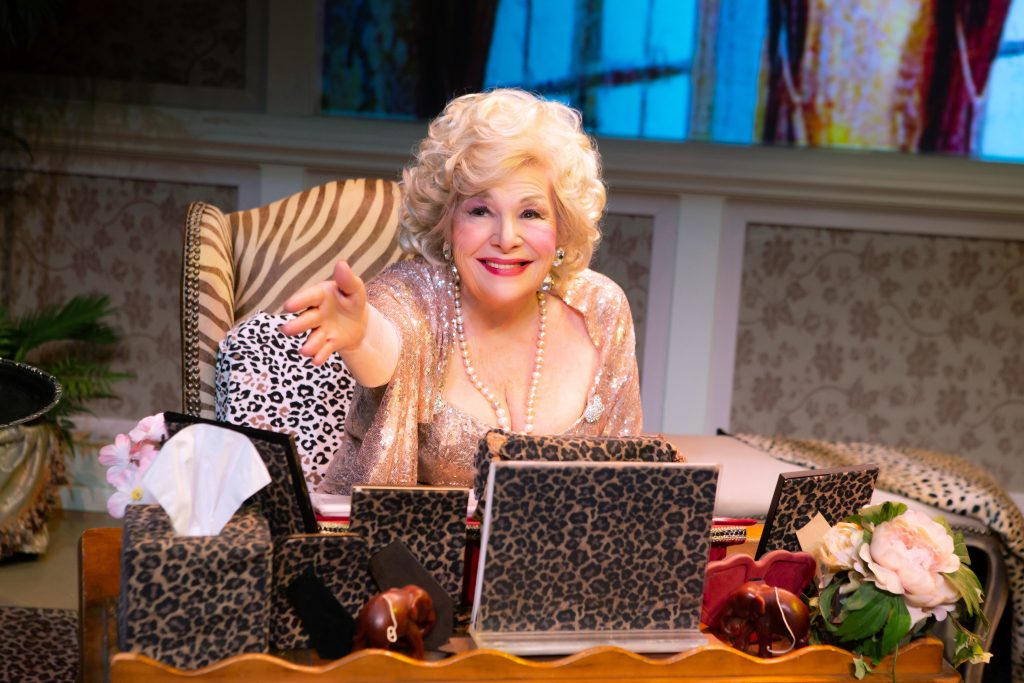 Renée Taylor in "My Life on a Diet," at George Street Playhouse through Dec. 15. PHOTO COURTESY OF RENéE. TAYLOR.
× 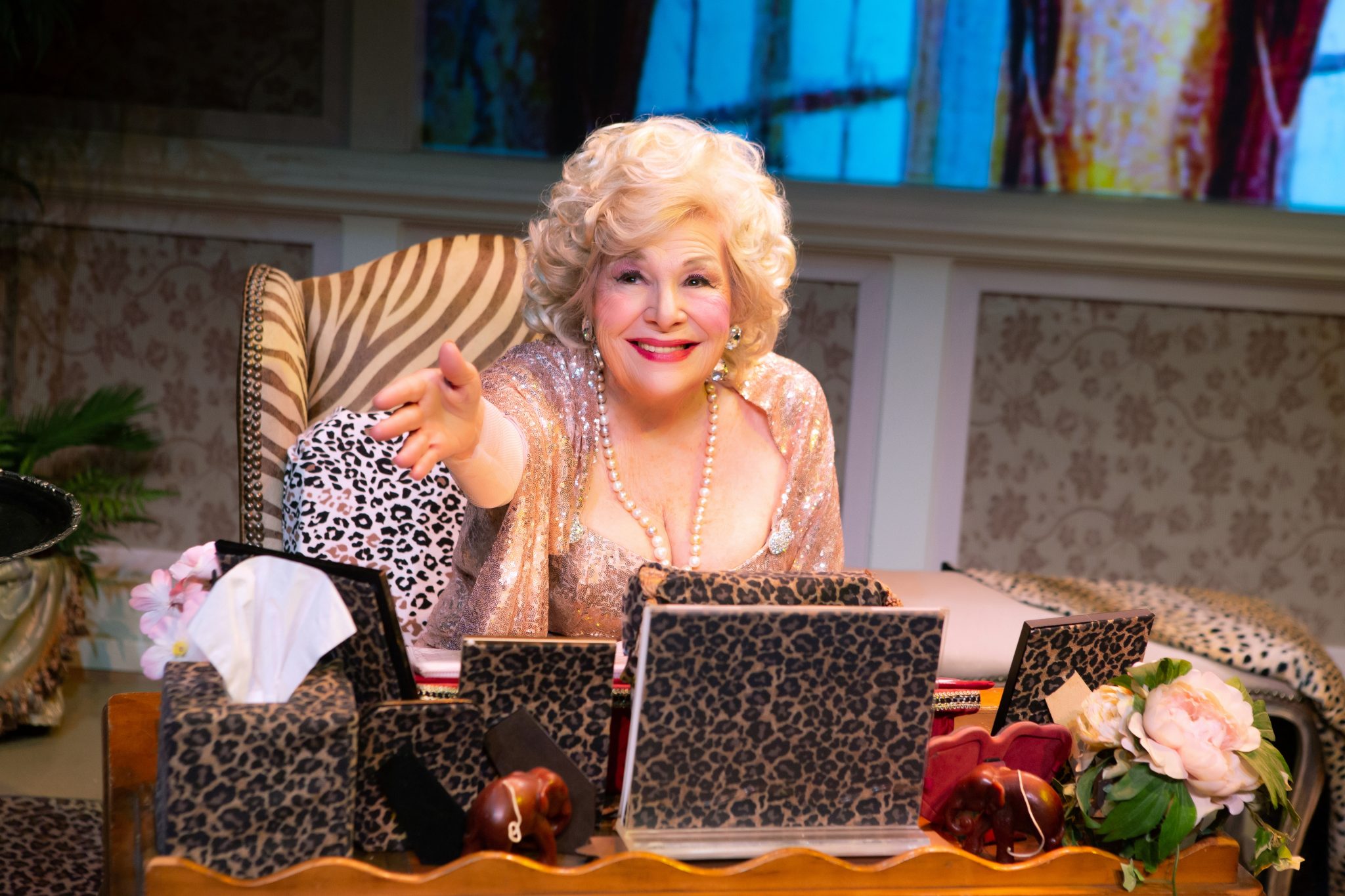 Renée Taylor in "My Life on a Diet," at George Street Playhouse through Dec. 15. PHOTO COURTESY OF RENéE. TAYLOR.

Renée Taylor’s award-winning autobiographical comedy “My Life on a Diet” is currently at George Street Playhouse, with performances through Dec. 15 in the Arthur Laurents Theater at the New Brunswick Performing Arts Center.

In “My Life on a Diet,” Academy Award-nominated and Emmy Award-winning writer and actress Renée Taylor looks back on a life full of memorable roles in Hollywood and on Broadway, and just as many fad diets.

A self-described “diet junkie” who used to think that if she ate like star, she’d just might look and live like one, Taylor dishes out both juicy anecdotes about and weight loss tips from Hollywood legends such as Joan Crawford, Marilyn Monroe and Barbra Streisand.

She also shares hilarious and poignant stories about Joseph Bologna, her partner in work and life for 52 years. In telling about her high and lows – on and off the scale – this comedy legend proves the ability to laugh gets you through it all.

“We are so fortunate to welcome Ms. Taylor to our new home in the NBPAC this season,” George Street Playhouse Artistic Director David Saint said. “This hilarious show is the perfect opportunity to see an icon on our stage.”

“My Life on a Diet” is written by Taylor and Bologna, and was originally directed by Bologna. It made its New York premiere last summer with a critically acclaimed, extended run Off-Broadway at the Theatre at St. Clements. In November 2018, Taylor won the annual United Solo Special Award for “My Life on a Diet” for her significant contributions to solo theatre during the year.

For tickets, to buy a subscription, or to bring a group of 10 or more at a special group rate, visit GeorgeStreetPlayhouse.org.

Renée Taylor (Performer, Co-Writer). “My Life on a Diet” is one of 22 plays, four films, and nine television movies and series that Renée and Joseph Bologna created together.

For television, the couple won Emmy Awards in 1973 for writing “Acts of Love and Other Comedies,” and were nominated once again the following year for writing the television movie “Paradise.” They co-directed, co-wrote and co-starred in the 1984 HBO movie “Bedrooms.”

Taylor made her professional stage debut at 15 in a Purim Pageant at Madison Square Garden, and earned her Actors Equity card at age 19 for appearing in “The Rehearsal” at The President Theatre.

Her other stage credits include: Nora and Delia Ephron’s Love, Loss, and What I Wore; Agatha Sue, I Love You (directed by George Abbott); Luv (directed by Mike Nichols); Elaine May’s 1964 improvisational revue The Third Ear; and William Gibson’s Dinny and the Witches at the Cherry Lane Theatre.

Her many film credits also include: Jerry Lewis’ The Errand Boy, Mel Brooks’ The Producers, Elaine May’s A New Leaf, Neil Simon’s Last of the Red Hot Lovers, Lovesick, White Palace, Life During Wartime, Tyler Perry’s Temptation: Confessions of a Marriage Counselor, and more recently, The Do-Over and How To Be a Latin Lover.

Known for her Emmy nominated role of Sylvia Fine in “The Nanny,” Renée’s other notable TV acting credits include “Daddy Dearest” and the groundbreaking HBO sitcom “Dream On.”  More recently, she has had recurring roles in “How I Met Your Mother,” “Bob’s Burgers,” and “Happily Divorced,” and can currently be seen on Amazon’s “Gown and Out in Beverly Hills.”

In addition winning the United Solo Special Award for Outstanding solo show, Renée was recently inducted into the Bronx Jewish Hall of Fame’s Class of 2018 due to the success of “My Life on a Diet.” She holds an Honorary Doctorate from Hofstra University.

Joseph Bologna (Co-Writer, Director) was born in Brooklyn on Dec. 30, 1934.  Bologna graduated from Brown University with a degree in art history. Following a tour with the U.S. Marines, Joe started directing short films and writing special comedy material. Bologna made his Broadway debut as the co-star and co-author of “Lovers and Other Strangers,” and he made his film debut as the co-star and co-author of “Made for Each Other.”

His television credits include the Emmy-winning television special “Acts of Love and Other Comedies” (co-written with Taylor), and the made for TV films “Honor Thy Father;” “Paradise;” “What’s New, Catherine Cutis?;” “Torn Between Two Lovers;” and “One Cooks, the Other Doesn’t;” among others.

An Academy Award nominated and Emmy Award winning playwright and screenwriter, Bologna, with Taylor, his wife and partner of 52 years, collaborated on 22 plays, four film screenplays, and nine television movies and series.

The national tour of “My Life on a Diet” is presented by Julian Schlossberg.

About George Street Playhouse
Under the leadership of Artistic Director David Saint since 1998, and Kelly Ryman — Managing Director since 2013 – the playhouse produces groundbreaking new works, inspiring productions of the classics, and hit Broadway plays and musicals that speak to the heart and mind, with an unwavering commitment to producing new work.

As New Brunswick’s first producing theatre, George Street Playhouse became the cornerstone of the revitalization of the city’s arts and cultural landscape. With its 45-year history of producing nationally renowned theatre, the playhouse continues to fill a unique theatre and arts education role in the city, state and greater metropolitan region.

Beginning with the 2019-20 Season, George Street Playhouse moved to the New Brunswick Performing Arts Center in downtown New Brunswick. Featuring two state-of-the-art theatres — The Arthur Laurents Theater with 253 seats and The Elizabeth Ross Johnson Theater, which seats 465– and myriad amenities, the NBPAC will mark a new era in the esteemed history of George Street Playhouse.

Originally located in an abandoned supermarket on the corner of George and Albany Streets, George Street Playhouse was the first professional theatre in New Brunswick and played a major role in the revitalization of the downtown area. In 1984, the playhouse moved to a renovated YMCA on Livingston Avenue, and in 2017 took temporary residence in the former Agricultural Museum during construction of its new home.

The playhouse has been well represented by numerous productions both on and off-Broadway. In 2018, George Street Playhouse was represented on Broadway with “Gettin’ the Band Back Together,” which premiered on the playhouse mainstage in 2013. “American Son,” produced by George Street Playhouse in 2017, opened on Broadway in 2018 starring Kerry Washington and Stephen Pasqual, and will appear on Netflix. Other productions include the Outer Critics’ Circle Best Musical Award-winner “The Toxic Avenger.”  In 2015, “It Shoulda Been You” opened on Broadway and Joe DiPietro’s “Clever Little Lies” opened off-Broadway. Both shows received their premieres at the playhouse. Others include the Outer Critics Circle, Drama Desk and Drama League nominated production of The Spitfire Grill; and the Broadway hit and Tony- and Pulitzer Prize-winning play “Proof” by David Auburn, which was developed at the playhouse during the 1999 Next Stage Series of new plays.

In addition to the mainstage season, the playhouse’s education department provides extensive programming for children, youth and adults. Partnering with administrators and educators throughout New Jersey, the playhouse provides unique education experiences that both reinforce classroom curriculum and investigate issues such as bullying, diversity, immigration, health and wellness and the rising epidemic of opioid addiction.

George Street Playhouse programming is made possible in part by funds from the New Jersey State Council on the Arts/Department of State, a partner agency of the National Endowment for the Arts. Grant funding has been provided by the Middlesex County Board of Chosen Freeholders through a grant award from the Middlesex County Cultural and Arts Trust Fund.

‘America will never forget their sacrifices’