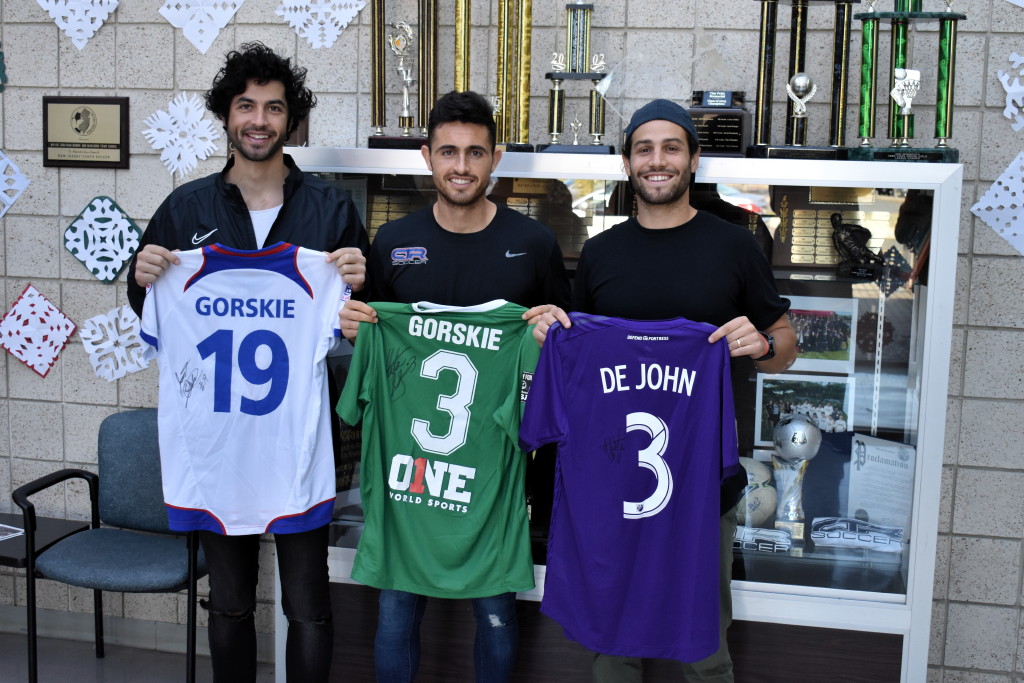 MARLBORO – Three young men who were raised in Marlboro and grew up to become professional soccer players were honored in a ceremony at the Marlboro Recreation Community Center, Wyncrest Road.

Alex De John, 28, and brothers Hunter Gorskie, 28, and Jason Gorskie, 30, visited the Marlboro Recreation Department on Nov. 25 and presented municipal representatives with signed soccer jerseys which will be placed on display in the department’s trophy case.

DeJohn has played professionally for Ekenas IF and TPS in Finland, IK Start in Norway, Dalkurd FF in Sweden and Orlando City FC in Major League Soccer.

Jason Gorskie has played professionally for Wisla Pulawy in Poland, Lyn FC in Norway, Pieta Hotspurs in Malta and Bnei Sakhnin in Israel.

The athletes spoke about what it means to be honored in their hometown.

“It’s been nice to come back and get recognized and to give a path for people to dream to be professional athletes because that was our dream as young kids when we were growing up playing on the fields and in our backyards,” De John said. “It’s nice to give hope to kids to continue to work hard and to pursue their dreams.”

“It means a lot to come back to where it all began with the Marlboro Soccer Association and CTR Soccer,” Hunter Gorskie said. “It was there that each of us laid the foundation for all of our professional moments to be possible.

“It’s great to come back here and hopefully, we can set an example for every other young soccer player in Marlboro to have the same aspirations, to see it’s possible and to continue to dream and to work hard. It’s an honor to be able to set an example for them,” he said.

“It’s an honor being back and it’s an honor to be honored this way,” Jason Gorskie said. “I remember growing up … it looked like the odds of making it (as a professional) were a lot more difficult than I think it is now.

“It’s great to be able to add to the collection of people (who became professionals) so other kids can grow up and see more people have done it and that becoming a professional is more possible than they may think,” he said.

The event at the Marlboro Recreation Community Center was attended by members of the players’ families, by Marlboro Councilwoman Randi Marder, and by their former coaches – Frank Rizzi of CTR Soccer and Dave Ryden from Marlboro High School.

“This is a proud moment for Marlboro,” Marder said. “To have three professional soccer players who went through the Marlboro soccer program is amazing. CTR Soccer deserves recognition for training these athletes. Congratulations to Hunter, Jason and Alex on their success. We thank you for taking the time to come back and for donating your jerseys to share with your hometown.” 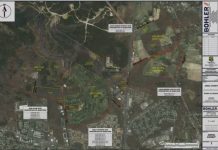