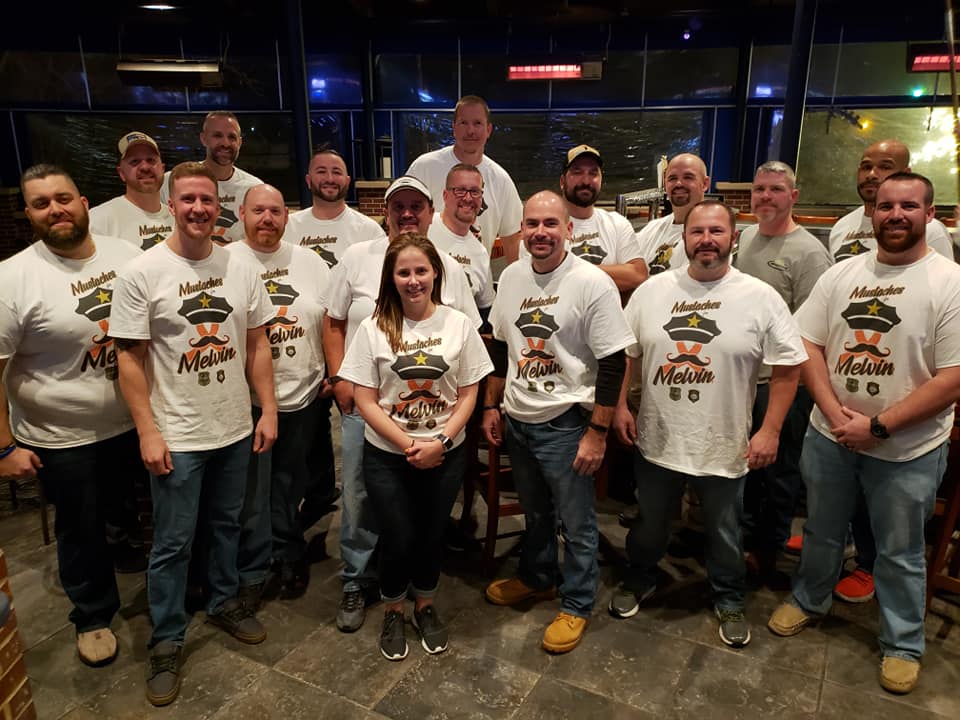 The Bordentown Township and Bordentown City police department came together on Nov. 26 at Jimmy's American Grill to raise funds for seven-year-old Melvin Bertchie, a first-grade student at Clara Barton Elementary School who was diagnosed with leukemia in April 2018. Submitted Photo
×

The Bordentown Township and Bordentown City police department came together on Nov. 26 at Jimmy's American Grill to raise funds for seven-year-old Melvin Bertchie, a first-grade student at Clara Barton Elementary School who was diagnosed with leukemia in April 2018. Submitted Photo

A collaboration between the Bordentown Township and Bordentown City police departments, aimed to raise funds for a local seven-year-old diagnosed with leukemia, was met with success after a month-long outreach effort.

To raise funds and awareness for seven-year-old Melvin Bertchie, a first-grade student at Clara Barton Elementary School who was diagnosed with leukemia in April 2018, the police departments relaxed their clean-shaven policies and participated in a “No Shave November” for Melvin.

The month-long effort culminated with a “shave-off” event at Jimmy’s American Grill in Bordentown on Nov. 26 where participating officers had their facial hair removed in front of spectators who came out to support Melvin.

The restaurant owner said the establishment contributed 10% of its proceeds that evening for the Bertchie family.

Officials reported that this year’s event raised $7,334 for the Bertchie family.

Female officers also donated to paint their fingernails for the initiative.

Officers were encouraged to seek donations from family and friends, and officials said all proceeds will go directly to the Bertchie family to help with medical and travel expenses.

Bordentown Township Chief of Police Brian Pesce who participated in the outreach effort said he felt initiatives like this in order to bring awareness to Melvin’s cause served an important purpose this November.

Pesce said that after the township police department hosted a “No Shave November” last year to support Gabriel Planas-Borgstrom, a Bordentown teen resident who was diagnosed with Hodgkin’s Lymphoma, the success of that effort motivated the township department to team up with the city this year for Melvin.

“It was encouraging to see how many people came out to support last year’s effort, so [Bordentown City] Chief [Frederic] Miller and I talked about doing a combined one this year,” Pesce said. “We were aware, through some local people, about Melvin who had leukemia, so we decided, ‘Let’s do it.’”

Although “No Shave November” is an annual nationwide effort, which encourages people to grow out their facial hair in order to raise awareness for cancer patients, Pesce said he wanted to make the initiative more personal to Bordentown for Melvin’s cause.

“It’s a nationwide initiative, but we wanted to bring it back home and make it benefit a local recipient,” Pesce said. “It’s more valuable to everyone here and helps rally the community more when it benefits someone locally. It was a win-win. We have a great relationship with the city police department, so it was a great opportunity for us to work together on a great project that’s going to benefit a great family.”

Bordentown City Chief of Police Frederic Miller said that the department’s decision to team up with township this year proved to be beneficial not only to the officers, but more importantly for Melvin.

“It helps boost the moral for both police departments to come together to help a good family, and it helps raise awareness,” Miller said. “It’s about putting a smile on [Melvin’s] face when he sees some of our officers with hair on their face, but putting a smile on his face – that’s the most important thing. That’s what we are here for.”

Shortly before the evening event commenced with the “shave-off,” Melvin’s mother Naomi Opoku expressed her delight with the community’s effort to come together for him, which she said has been constant since people first became aware of his diagnosis.

“It is amazing, and we were looking forward to this,” Opoku said. “For them to be able to put this together – Melvin is really enjoying it.

“We are beyond grateful for this experience. Bordentown has been amazing from the beginning until now. They have been very supportive through everything, and we really appreciate it,” Opoku said.

In order to provide barbers for the “shave-off,” Joe Stica of the Bordentown Babershop and Jennifer Fennimore of the Town Barber Shop gathered their staff members in attendance to lead the evening’s main event.

Prior to the “shave-off,” Fennimore said this was the Town Barber Shop’s second year participating in the event. In light of the evening’s purpose, she said the initiative was a great way to unite the Bordentown community for a beneficial cause.

“It’s fun, and it gets the whole community out here – both the township and the city,” Fennimore said. “It feels really good to be able to help somebody so young who has this illness and to help him get whatever he needs. This is our second year doing this, and every year I love seeing the family come and appreciate it. I love to see the smiles on the kids faces, seeing the police departments come together and have a real good time.”