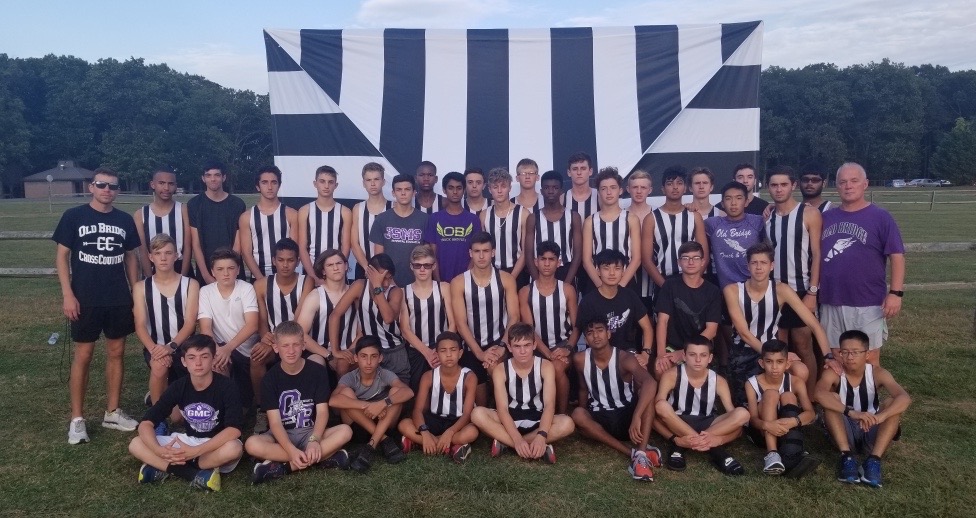 It was another great fall of good hard-nose distance running turned out by the Old Bridge High School boys’ cross-country team this season.

The Knights earned a team-average time of 16:50.80 to place seventh at the NJSIAA Meet of Champions race that was held on Holmdel Park on Nov. 23. That result marked the program’s third Top 10 finish in the past five years.

“We went about things a little different this year,” said Old Bridge coach Jack Campbell. “We held our guys out of running a lot of races early on in the season, so they could be fresher come the bigger races at the end of the season. To qualify as a team for Meet of Champions and finish with the third-best team time for a Group 4 school was great. Very proud of our guys.”

Old Bridge was led by its top runners in seniors Charlie Harvey and Michael Keefe.

Harvey finished 25th for the Knights’ best individual placement at the Meet of Champions with a time of 16:24. Keefe came in 15 seconds later for 40th place at the state meet.

Both senior runners cracked the Top 10 for the best times ran at Holmdel Park during the Group 4 race on Nov. 16.

Harvey placed sixth with a time of 16:23, while Keefe cracked the Top 10 by coming in at the 16:26 mark for ninth place to help lead Old Bridge to a sixth-place finish at the Group 4 meet.

It was only the second time in school history Campbell said that two runners placed in the Top 10 at a state championship meet.

At the Central Jersey, Group 4 state race at Thompson Park in Monroe Township, Harvey and Keefe both placed among the top runners again for the Knights. Keefe, this time around crossed the finish line with Old Bridge’s best finish in seventh place, while Harvey grabbed 10th place to help the Knights take home silver at sectionals.

Both runners finish their careers on the Top-10 list for the best times in school history on both the Thompson Park and Holmdel Park courses.

“Charlie and Michael were our leaders all season long,” Campbell said. “They’re extremely hard-working young adults. They did a great job of leading our team from day one.”

Sophomore Kieran Donnelly and juniors Nicholas Mederios and Steven Tan each made a solid impact in Old Bridge’s success this postseason.

Mederios placed 12th at sectionals, while Donnelly and Tan posted 14th and 19th place finishes, respectively to give Old Bridge five runners in the Top 20 for its second-place sectional prize.

All three runners placed among the top 100 runners for both the Group 4 and Meet and Champions races for Old Bridge.

Keefe finished second and Harvey came in third, while Tan and Mederios finished back-to-back in seventh and eighth place. Donnelly placed 12th, while junior Timothy Davis came home to place 15th in the race for the Knights.

“To put five runners in the Top-20 at sectional and to have six make it into the Top-15 at the GMC’s is not easy to do,” Campbell said. “Central Jersey and the Greater Middlesex Conference have a lot of good runners every year. Our guys just continued to work hard all season to get better and help the team have success.”

Another successful season in his fifth year as head coach, Campbell is happy that the long-standing tradition of Old Bridge is staying the same and continuing to grow.

“Our runners work harder each and every year to continue our program’s tradition,” Campbell said. “They really care about the program and its success over the years. We hope that our upperclassmen take that next step and continue to lead us to another successful season next year.”

South Brunswick speeds away from Old Bridge in boys’ basketball