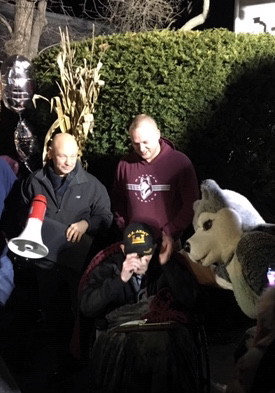 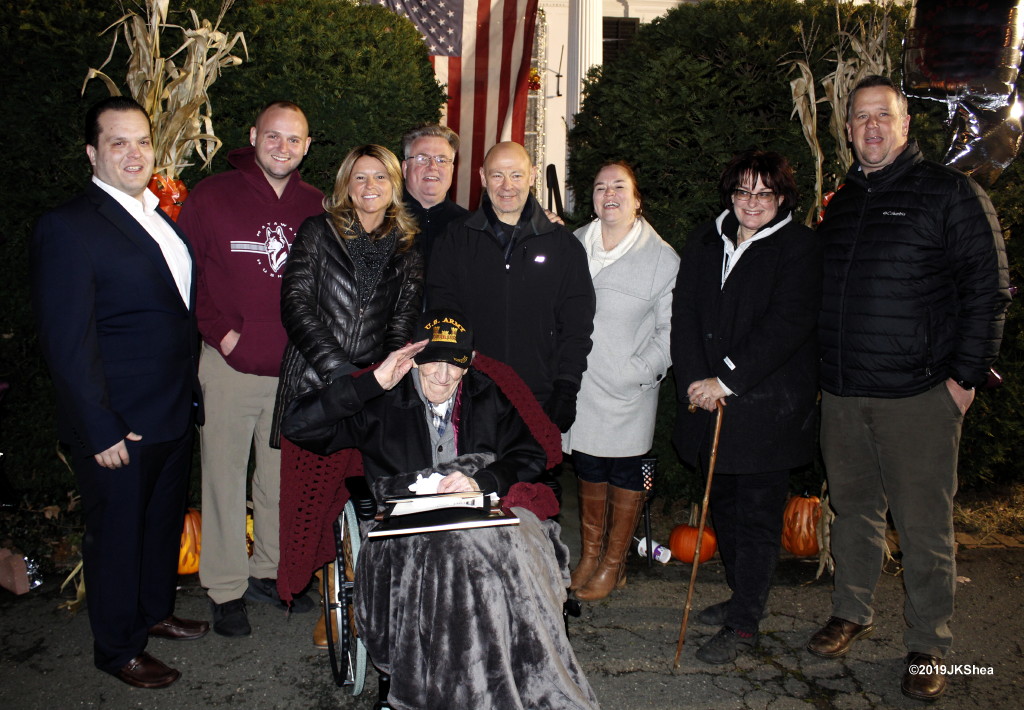 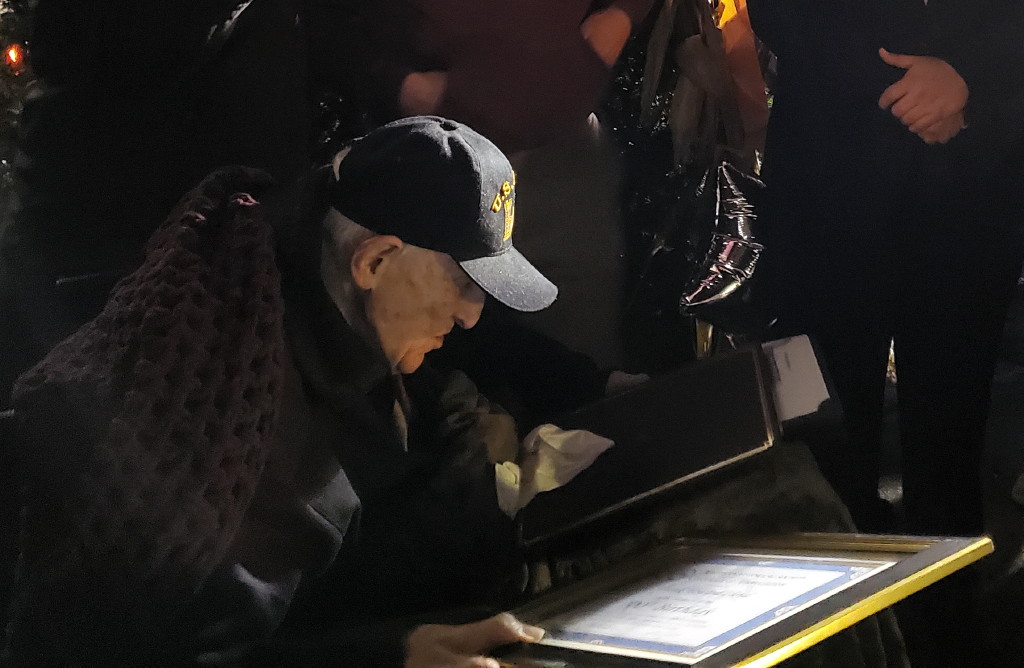 MATAWAN–More than 70 residents gathered on the front lawn of Howard Lloyd to help the former teacher at Matawan Regional High School celebrate his 100th birthday.

Matawan Mayor Joseph Altomonte and Council President Brett Cannon presented Lloyd with an honorary certificate to recognize him for his years of being an educator and serving in the military on Nov. 22 during his 100th birthday celebration on the front lawn of his house, which is located at 167 Main St.

As a safety precaution, members from the Matawan Police Department helping residents cross the street to Lloyd’s 100th birthday celebration.

Lloyd’s daughter Deborah Lloyd, who helped organize the celebration, said that her father was a teacher at Matawan Regional High School, where he taught for 62 years. She said he taught English, British literature and journalism.

The Matawan Regional High School band played “Happy Birthday” and other songs for Lloyd outside of his family home.

On top of teaching three generations of students, Deborah Lloyd said that her father is also a World War II veteran, having served in the Army Corps of Engineers.

Stationed in the area of the Mediterranean Sea, Lloyd said her father he started off in North Africa, then Sicily and went to Rome, Italy.

“His main job was to blow up minefields and build bridges in front of the army so that they could pursue,” Lloyd said.

Like most men of his time, Lloyd said that her father joined the army after the infamous attack on Pearl Harbor.

Surrounded by family, friends and residents for her father’s 100th birthday, Lloyd said, “I could cry. At first one little thing started and then it just ballooned and ballooned and at first my father was very humble he did not want into this and then I said ‘dad this is getting a little more than we thought it was going to be.’ … but then he said ‘yeah get me out there I want to see everybody.’ I was overwhelmed, happy and it was so fantastic and it made my father very happy.”