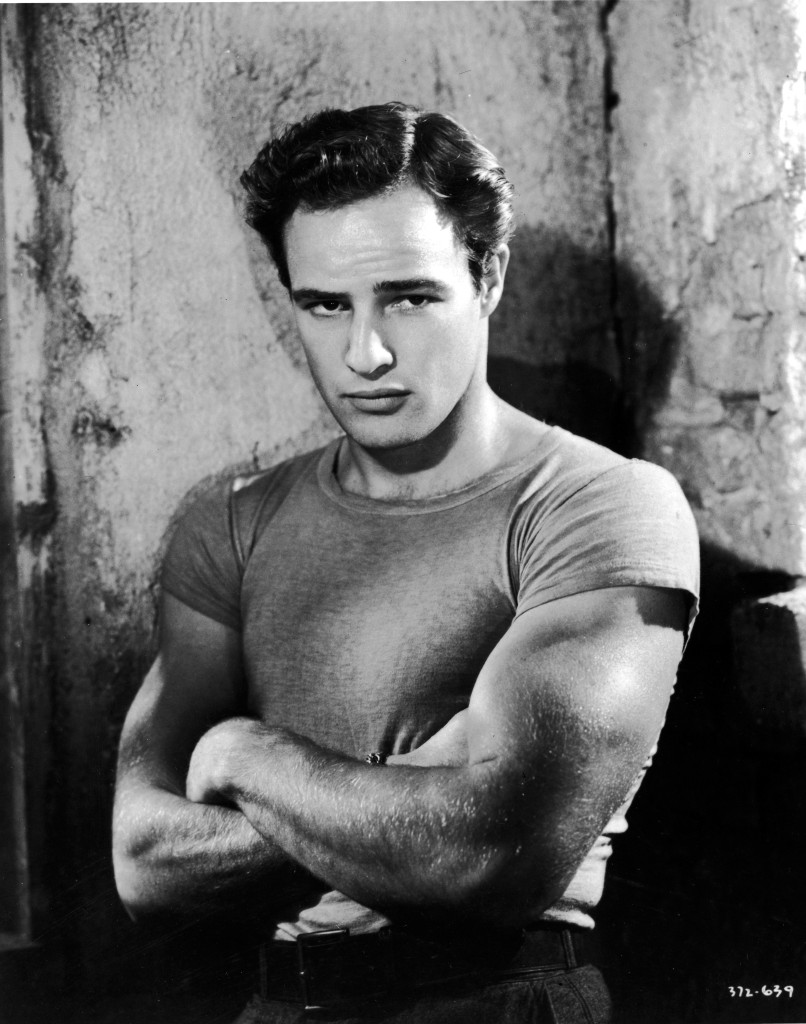 Mean, tough and hard-boiled, their onscreen and sometimes offscreen antics added to their mystique.
By Donald Liebenson, ReMIND Magazine

Tony Curtis once said that he enlisted in the Navy after seeing the Cary Grant submarine classic Destination Tokyo (1943). Since they first flickered on the screen, movies have been a window to observing human behavior and presenting archetypes that audience members could be inspired by. Guys especially wanted to ride tall in the saddle like John Wayne, take nothin’ from nobody like James Cagney’s gangster characters and be dashingly heroic like Errol Flynn’s outlaws.
These and other legends from Hollywood’s golden age seemed to know the secret of what it takes to be a man. Whether they were playing heroes or antiheroes, this now vanished breed of movie star talked the talk and walked the walk, onscreen and off. We didn’t condone everything they did in their private lives, but their bad boy behavior, very much in character, only added to their mystique.

Lee Marvin, for example, a later-in-life movie star (he won his Oscar when he was 42), was bounced from a lot of schools growing up and was a World War II veteran. Onscreen, they didn’t come any meaner, tougher or more hard-boiled, as witnessed in The Man Who Shot Liberty Valance (1962) and Point Blank (1967). When making The Dirty Dozen (1967), he would reportedly party all night and show up on the set with other cast members in tow in time to film.

Humphrey Bogart was initially best known for playing gangsters from the “dead end” streets. He, too, played the tough guy when the cameras stopped rolling. A producer once took him to a Sunset Strip gambling joint, but they were refused entry because of past disturbances caused by Bogart. When the producer insisted that he was now sober, the bouncer told him to look behind him; Bogart was fighting with two parking lot attendants. Perhaps legendary restaurant owner Dave Chasen said it best: “The trouble with Bogart is that he thinks he’s Bogart.”

Robert Mitchum is a film noir poster boy. His father died in a railroad accident when Mitchum was a toddler. He was expelled from schools. He was sentenced to a chain gang when he was a teenager. He bummed around Depression-era America. He was busted for marijuana … in 1948! When it came to Hollywood, he had a take-it-or-leave-it attitude, yet still became a cinematic legend with films like The Story of G.I. Joe (1945), Angel Face (1953), El Dorado (1967), Cape Fear (1962), The Night of the Hunter (1955) and more than 100 other films to his credit. He once said, “People can’t make up their minds whether I’m the greatest actor in the world — or the worst. Matter of fact, neither
can I.”

Some Hollywood icons were considered geniuses of their craft. Perhaps that gave them license to, shall we say, act out. Marlon Brando, who revolutionized screen acting with a film resúme that included classics like A Streetcar Named Desire, On the Waterfront and Mutiny on the Bounty, was known for his belligerent behavior and open contempt for his profession. Pity the director he didn’t respect. He initially demanded that his Jor-El character in Superman (1978) be designed to look like a suitcase or a green bagel. But no matter; he remained revered, and the chance to work with him was — you guessed it — an offer you couldn’t refuse.

Much to Brando’s disdain, James Dean actually patterned his rebellious ways after the legend. The cult of Dean, however, is very much wrapped around the tragic car crash that ended his life at the age of 24, with only three feature films to his credit. In two of those films, East of Eden (1955) and Rebel Without a Cause (1955), he defined 1950s teen angst, which was anything but happy days.

Not for nothing was Steve McQueen the King of Cool. As a prisoner of war in The Great Escape (1963) or a tough cop hunting killers in Bullitt (1968), there was no one cooler. He raced cars, never watched his own films and was a style icon. He was also a notorious womanizer, which might have saved his life. According to an ex-wife, he picked up a woman and then backed out of dining with Jay Sebring and Sharon Tate the night followers of Charles Manson slaughtered them.
These screen icons have stood the test of time because they were authentic. Their images were not tailored by publicists. What you saw was what you got, and we still can’t get enough.

Will Lauren Graham be back for Season 2 of ‘Zoey?’

Happy 70th Anniversary To A Pair Of 1950 Movie Masterpieces!