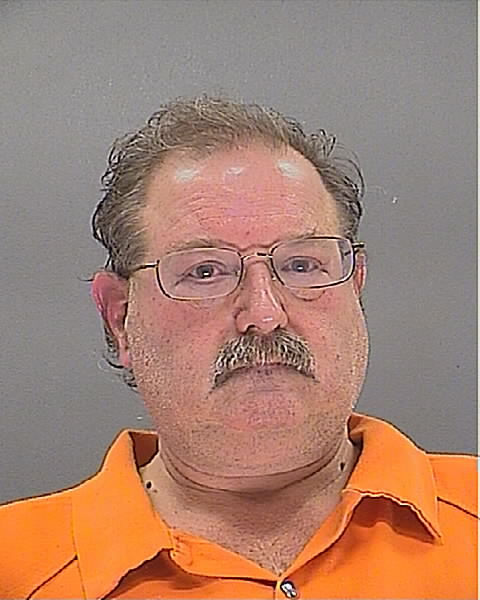 Charges for narcotics distribution and fraud have been filed against a Bordentown Township physician by Burlington County Prosecutor Scott Coffina.

Coffina released a statement on Dec. 4, in which a former physician, Morris Starkman, of Yellowstone Road in Cinnaminson, was accused of illegally prescribing thousands of highly-addictive opioid pills out of his Bordentown Township practice while simultaneously engaging in an unlawful medical billing scheme.

Starkman was in custody on Nov. 22 following the execution of a search warrant at his home during which multiple electronic devices were seized, along with business, financial and medical records, according to officials.

He was released following a first appearance in Superior Court, and the case is being prepared for presentation to a grand jury for possible indictment, officials said.

Officials said eight patients outlined in the criminal charges filed against Starkman received 11 doses of opioids per day on average during that period.

One patient alone was prescribed 17,460 doses, which equates to more than 15 doses per day, and each received anywhere from four to ten times the maximum dose recommended by the Centers for Disease Control, according to officials.

The investigation revealed that Starkman would perform – at most – cursory examinations on patients before prescribing large amounts of opioids without medical justification or consideration of whether his patients were benefitting from the prescription painkillers he routinely and repeatedly prescribed, or exploration of the underlying causes for their pain, Coffina said.

Starkman maintained inadequate records on his patients which failed to document treatment plans for pain management or opioid use, or provide a legitimate medical purpose for prescribing such high quantities for an extended period of time, officials said. The reliance of his patients on the highly-addictive opioids he was prescribing insured they would frequently return to the practice for refills and be charged for an office visit, according to Coffina.

“He was one of the top prescribers in New Jersey,” Coffina said in a statement. “The number of opioids he prescribed for the three-year period reviewed during the investigation was enough to provide in excess of three doses to every man, woman and child residing in Burlington County.

“It is well documented that prescription opioids lay at the origin of the devastating drug use epidemic we are experiencing today. Around 80% of heroin users started with prescription drugs. Physicians who have abandoned their medical judgment and indiscriminately prescribed opioids to patients they knew or should have known were becoming addicted to them must be held accountable for their role in this ongoing health crisis,” Coffina added.

The investigation also revealed that Starkman, during that same time, submitted fraudulent health care claims to insurance companies for over $50,000 for services that were unauthorized, not eligible for reimbursement and not provided as represented or not rendered.

Starkman first came to the attention of law enforcement officials in late 2016 after an insurance company contacted authorities with a suspicion of illegal activity at his practice due to the high volume of opioid prescriptions he was writing.

The State Board of Medical Examiners temporarily suspended Starkman’s license in August 2017.

Under a consent order, reached in April 2018, Starkman agreed to permanently surrender his license to practice medicine in New Jersey, officials said.

Records seized from his practice also revealed that one of his patients fatally overdosed in May 2015, two months after his last visit to the Bordentown office, according to Coffina.

The records indicated that during a visit in December 2014, Starkman continued to prescribe Oxycontin to the patient, despite noting that he was “slurring and falling asleep” during the visit, officials said.

The following month, when the patient visited the office again because he was “sick” and “ran out of all meds early again,” Starkman wrote him a prescription for a higher dosage of Oxycodone, according to officials.

During the patient’s final visit in March 2015, Starkman prescribed him 120 additional Oxycodone pills, despite noting that three days earlier he had been discharged from week-long stay at a mental health and addiction treatment facility where he had sought help for anxiety and panic attacks, Coffina said.

Due to insufficient evidence connecting his prescriptions to the patient’s fatal overdose, Starkman was not criminally charged in connection with the patient’s death, according to officials.