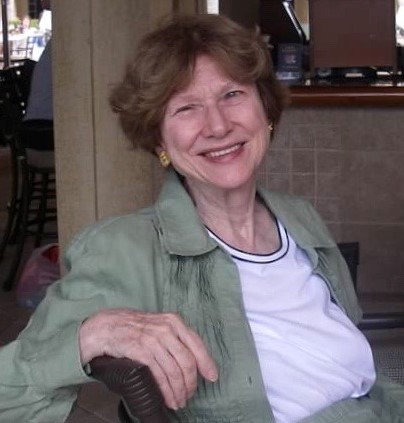 Marilyn R.  Wellemeyer died peacefully in her apartment in New York City on Sunday morning December 1, 2019.  Marilyn was born in New Orleans, Louisiana on January 3, 1925.  In her early years she attended public schools in St. Rose and Destrahan before moving on to the Louise S. McGehee School in New Orleans from which she graduated in 1942.  The school honored her with its Distinguished Alumna Award in 1989.

Marilyn returned to the States in 1947 and worked for what was then called the Central Intelligence Organization as a translator/researcher.  In addition to being fluent in French, Marilyn also had a reading knowledge of German, Italian and Spanish.

Marilyn left the CIO in 1949 to pursue a degree in Modern European History at Columbia University during which time she was also an Administrative Assistant in the French department between 1949 and 1951.  Her thesis, “The Politics of Decolonization: France and Morocco”, was eventually published by Columbia University Press in the Dean’s Papers in June 1969.

In 1951 Marilyn joined Time Magazine as an editorial trainee and secretary to the Foreign News Editior.  From 1952 through 1955 she was a researcher in the Foreign News Department of Time before she moved to the Foreign News section of LIFE as a reporter in 1955.  In 1959 she became the Chief Reporter for the LIFE Foreign News Department until she was sent to Paris in 1961 as a correspondent in LIFE’s European Bureau.  While in Paris she covered many fascinating developments such as the Ecumenical Council’s opening in Rome, the Pope’s pilgrimage to Jerusalem, Churchill’s funeral, a special issue on the USSR as well as the European reaction to the deaths of Kennedy and Nehru.  She also spent time in Tokyo preparing a special issue of LIFE on Japan as well as stories on the Tokyo Olympics and Emperor Hirohito.

In 1965 Marilyn returned to New York as Assistant Editor in LIFE’s Modern Living department, where she focused on urban affairs and architecture.  She interviewed Dallas Mayor Erik Jonsson as part of the story on the rebirth of Dallas.

Marilyn then transferred to Fortune Magazine as Associate Editor where she wrote 158 articles, all but 30 of which appeared in a monthly column in Fortune entitled “On Your Own Time”.  These stories took her to Bonaire in the Caribbean for undersea photography, to Iceland for salmon fishing, to an archaeological dig in Texas and to a ski patrol in Vermont amongst many other locations.  Many of these articles have been collected in a book by Marilyn, “On Your Own Time: The Fortune Guide to Executive Leisure”.

Upon her retirement from Fortune, Marilyn became active in the Women’s City Club of New York (WCC) a non-profit, non-partisan, multi-issue activist organization dedicated to improving the lives of all New Yorkers.  (The Club is now known as Women Creating Change.)  In 2009 she was recognized by the WCC as its Honoree of the Year with the following description of her efforts on its behalf:

Despite her very busy and exciting life, Marilyn always made time to spend with her friends and family.  She was a member of the Cosmopolitan Club in New York City for many years.  She was also one of the many volunteers who organized the Bryn Mawr book sale held every spring at Princeton Day School.

Marilyn first became acquainted with the Princeton area in 1949 when her parents bought a farm on Bedens Brook Road.  She enjoyed visiting the farm on weekends to recharge her batteries after very late nights “putting to bed” magazines on which she was working.  After her retirement, she purchased a home in Princeton in 1990 where she enjoyed gardening; she knew all the Latin names as well as the common names of the species in her garden.

A funeral service will be held at the Mather-Hodge Funeral Home at 40 Vandeventer Avenue in Princeton beginning at 1:00 p.m. on Saturday, December 21.  It is suggested that anyone wishing to remember Marilyn make a gift to the financial aid funds at Bryn Mawr College and/or The Louise S. McGehee School: Alumni Relations and Development, Bryn Mawr College, 101 North Merion Avenue, Bryn Mawr, PA 19010; The Office of Development, The Louise S. McGehee School, 2343 Prytania Street, New Orleans, LA 70130.