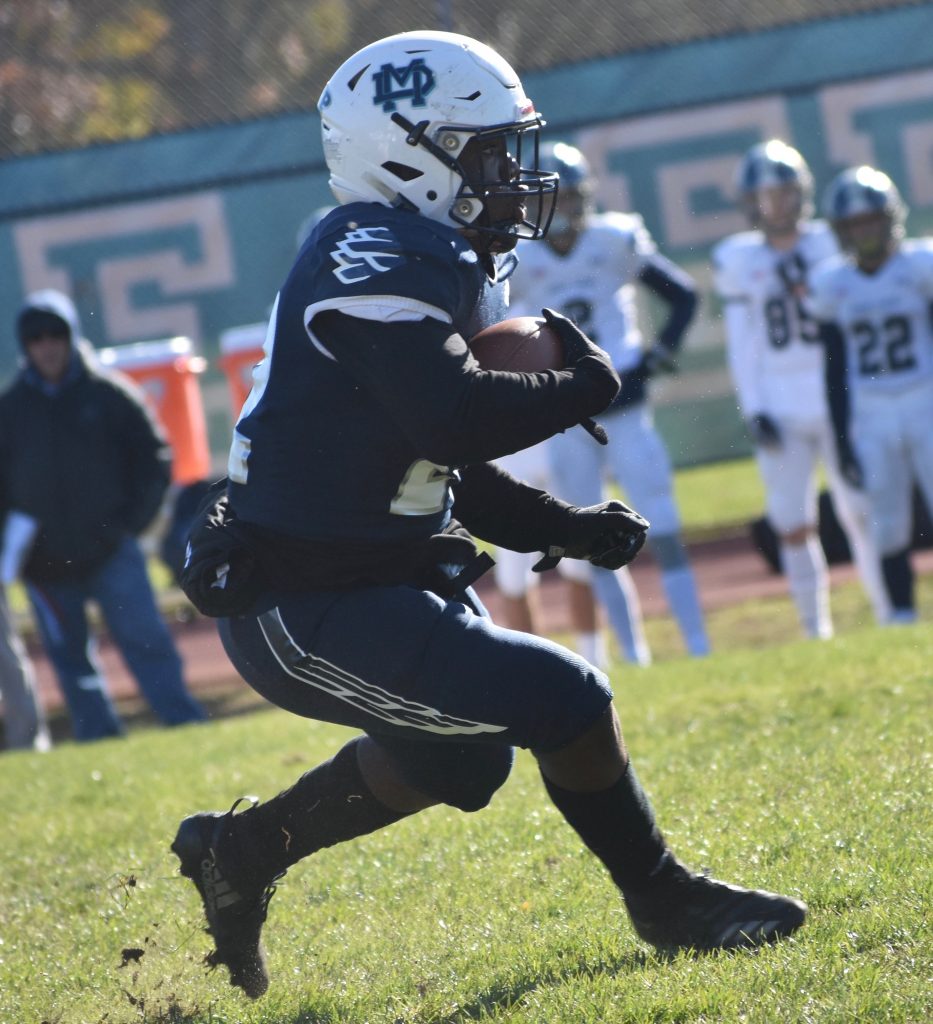 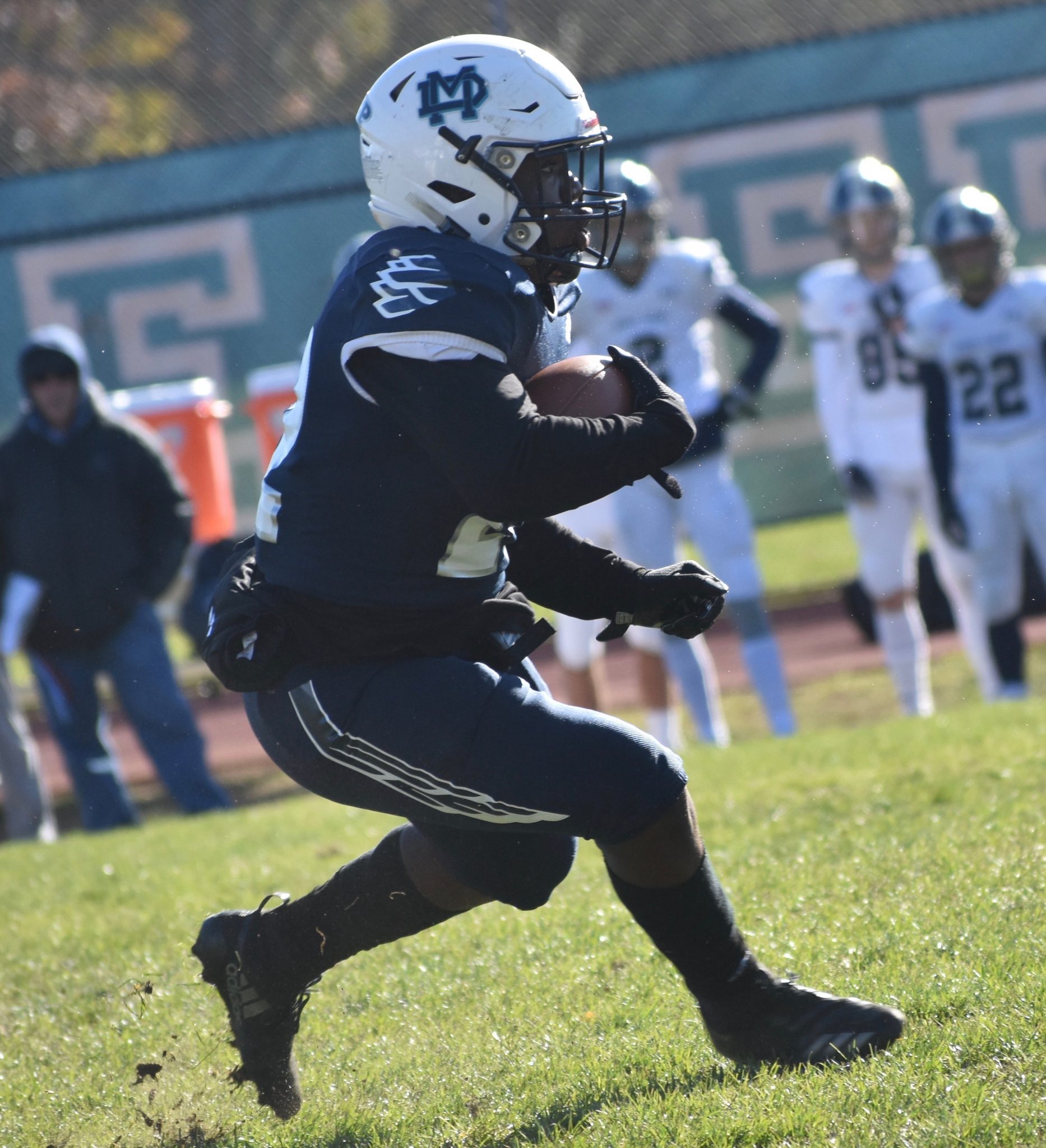 On the evening of Dec. 7, Mater Dei’s attempt to win its first state playoff title since 2016 was thwarted by DePaul Catholic High School, which scored a 27-25 victory in the Non-Public, Group 3 championship game at Rutgers University’s SHI Stadium in Piscataway.

Mater Dei had cut its deficit to 27-25 with 7:10 to play in the fourth quarter when Naran Buntin scored on a 50-yard burst in a jet sweep play. But the two-point conversion try for the tie failed. DePaul then held on for the victory.

Mater Dei’s star senior back,  Malik Ingram, rushed for a game-high 111 yards on 24 carries with two touchdowns. Ingram finished the season with 21 rushing touchdowns and a total of 24 scores for the fall.

Isaiah Noguera played well in place of starting quarterback Alex Brown, who left the game in the third quarter due to what appeared to be a hand injury. Noguera rushed for 103 yards in the defeat.

Brown completed six of his 12 passes for 108 yards and one touchdown. The sophomore quarterback hooked up with senior wide receiver Clarence Lewis for a 48-yard touchdown in the third quarter.

Junior defensive linemen Dom Guidice had a solid game in the trenches, racking up a game-high three sacks for the Seraphs, which ended the year at 8-4.

DePaul gained revenge with this victory. The two teams met in the state playoff semifinals last season, when Mater Dei prevailed with a a 28-23 victory over the school from Wayne.

It was the fourth straight season that Mater Dei had played in a state championship game.