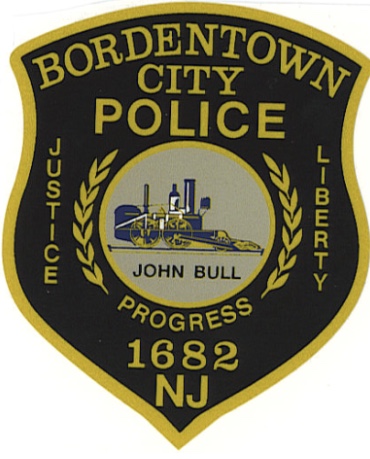 Bordentown City police reported a Nov. 11 alleged incident that a Bordentown man was charged with the theft of a package from an address on the 300 block of Prince Street.

Police said the alleged suspect was identified by surveillance footage obtained from the victim’s doorbell camera, which captured the incident from the front porch of the residence the week prior.

The man was also found in possession of controlled dangerous substance paraphernalia and have multiple warrants active for his arrest, according to police. Officials said he was transported to the Burlington County Jail where he is currently lodged on the warrants.

Police also reported another incident on Nov. 20 when a Trenton male was charged with the theft of a package from the front porch of a residence on the 500 block of Prince Street.

Police said the resident observed the alleged suspect taking the package from their porch and confronted him, but he dropped the package on the ground and left south on Prince Street.

The resident notified the police and provided a physical description of alleged suspect, according to police. Patrolman Jeremy Archer responded to the area and located the suspect on the 300 block of Prince Street, police said.

Police reported that Archer observed the suspect as he walked onto another porch and took another package from the residence, but the suspect began to walk away with the package and was confronted by Archer.

Officials said the suspect attempted to discard the package upon being contacted, and was later charged and found to possess property alleged to have been shoplifted from the ALDI store in Bordentown. Police said he was charged with two counts of theft, shoplifting and hindering apprehension.

Upon the announcement of the charges issued against both alleged suspects for package theft, the city police department released a statement to advise residents to be mindful of these types of activities during the holiday season.

“The Bordentown City Police Department would like to remind our residents to take extra care in ensuring that packages being delivered are kept in a safe place and not left out for long period of time,” department officials said in a statement. “Thefts of this nature tend to increase significantly around this time of year through the holiday season. The Bordentown City Police Department has in the past and will continue to deploy decoy packages and direct enforcement around the city in an effort to target and deter this type of theft.”

The Bordentown City Police Department advises residents to visit its website, Cityofbordentown.com/police to voluntarily register their security camera systems with the department so they may be used as a resource when investigating local crimes like these.