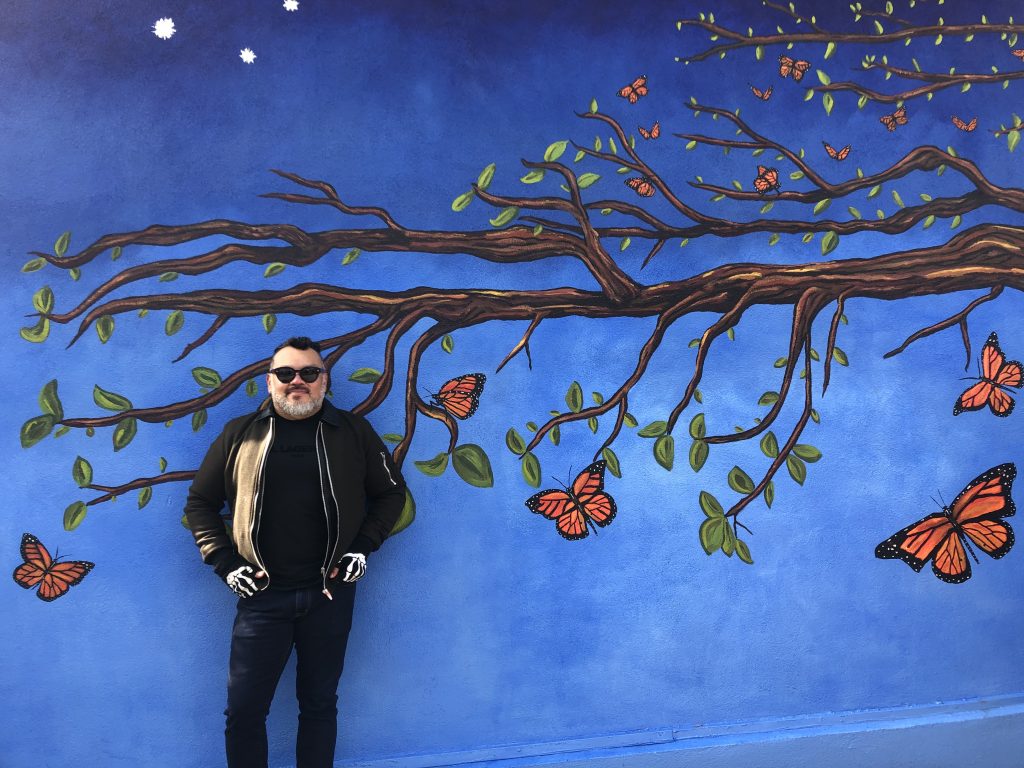 Marlon Davila and his mural in Princeton.SUBMITTED PHOTO
× 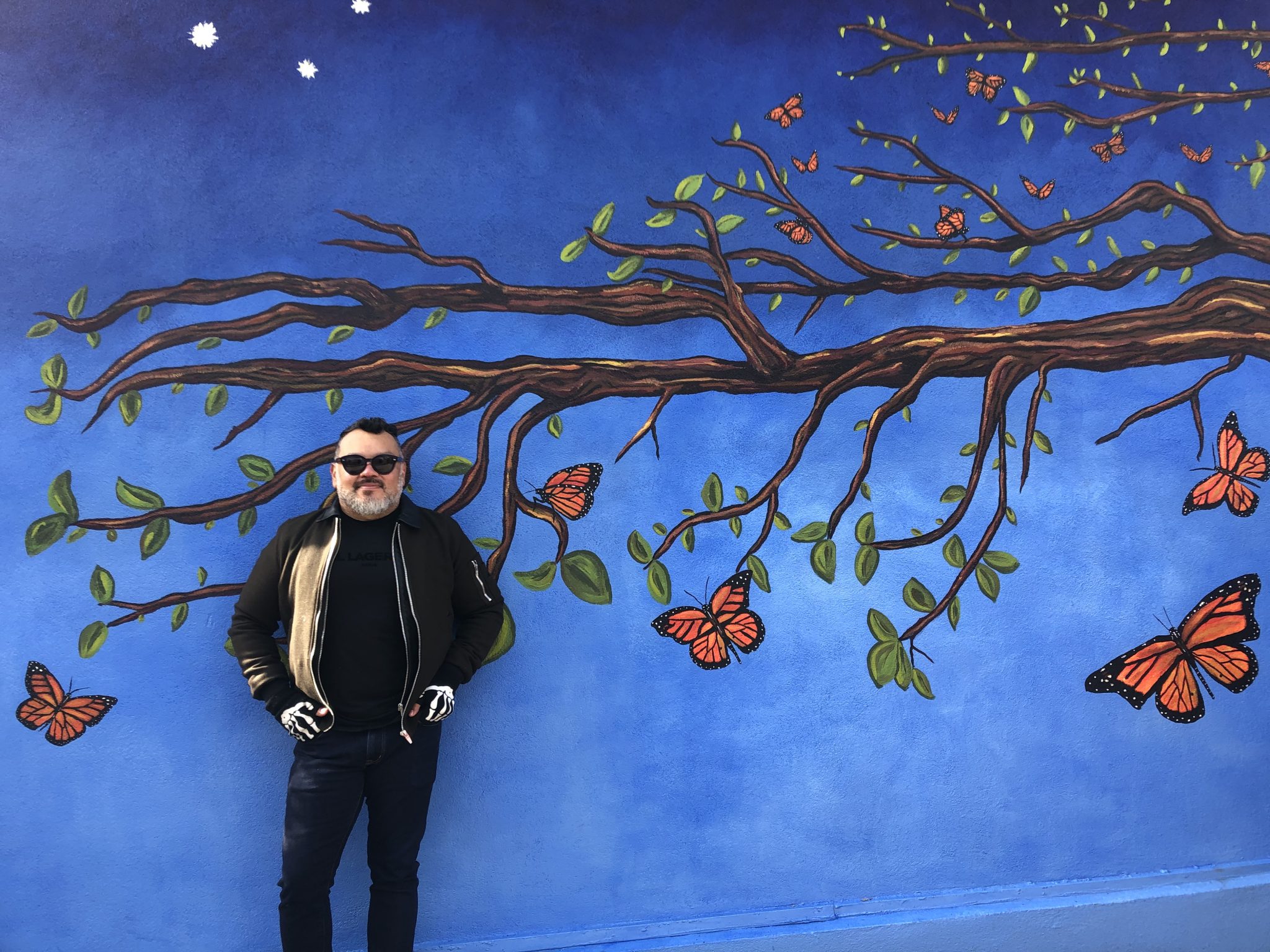 Marlon Davila and his mural in Princeton.SUBMITTED PHOTO

I just got the best Christmas card from someone I met years ago when we both worked at Princeton University.

The card that brought me cheer and put me into the holiday spirit required no postage. It was delivered to the wall of a building near my apartment in the form of a mural addressed to me and to every individual who lives and walks and drives in Princeton’s Witherspoon-Jackson neighborhood.

Drawn on the exterior wall of La Lupita Groceries at John Street and Leigh Avenue, the mural obviously is more than a card – it is a gift to the community that will bring joy all year long.

The artist behind the mural titled “Journey,” is 45-year-old native Princetonian Marlon Davila. He was born at Princeton Hospital and raised in the John Witherspoon neighborhood.

Even though he spent his youth connected to Princeton, he sees his life, the life of his mother who immigrated from Guatemala, and the lives of many of the residents who live in the neighborhood as a journey filled with twists and turns, challenges and celebrations.

The Santa Claus behind this mural is Arts Council of Princeton (ACP) benefactor Tim Andrews, who funded the “Anne Reeves Artist-in-Residence program.” (see footnote* for the elves who also contributed to the mural project.)

Marlon was the ACP’s 2019 Artist in Residence and with the completion of the mural, he is moving onto the next phase of his artistic journey.

Marlon always defined himself – to himself – as an artist, but it took him a while to acknowledge his talent in public. Only recently has he devoted fulltime attention to his art. He embraced a career as a fine artist after working at Princeton University in the library system for 14 years.

“I remember being a kid who loved coloring books and drawing. I would sit in my room all day and night and draw. But in school, I never took art seriously. I thought it was corny, not a profession that could earn a living, and I was too bashful to show anyone my art. When I was working at Princeton University, I went back to school at Mercer County Community College (MCCC) to study graphic design, a field that I felt had real economic potential for me,” Davila said. “As part of my graphic design curriculum at Mercer, I had to take fine arts courses. I took a drawing class, and the teacher suggested a painting class. The connection I felt to painting was so overwhelming and instantaneous that I freaked out. Before I took this class, before I met the fine arts instructor Kyle Stevenson, I had no intention to pursue painting. After I graduated (with honors) from Mercer in 2015, painting became my life. Truly MCCC and Kyle transformed my life.”

He is unsure from whom he inherited his artistic talent or what in his environment may have drawn him to the field.

“I never met my biological father. My mother –now living on Witherspoon Street in the Avalon Bay apartments – and my now deceased stepfather were very supportive of all my professional endeavors, but neither of them was an artist. I was told that my biological father and his brothers had a profession of creating big mural signs for commercial enterprises in Guatemala. All I know is that my desire to paint comes from within me – with no one else to credit or blame,” he said.

According to the artist, his passion for art is driven by his desire to inspire and support people’s journeys to different physical and emotional places in their lives –  to open individuals’ eyes to new perspectives and places, cultures and emotions. As evident in the mural, his artwork is influenced by nature, romanticism, surrealism, and the use of symbols as representation of an idea, his bold use of color is a direct link to his Mayan ancestry.

Even though I may consider the mural an incredibly special gift to the community, Davila noted that the process of creating the piece became a gift to him from the community.

“‘Journey’ is my first mural. I was fearful – would I be able to do it? But once I got on site (in October), everything came naturally, and everyone was so supportive,” Davila said. “People befriended me, a local resident helped me mix the color, many kids and their parents stopped to visit me on their way to and from Community Park School. One day an entire classroom of kids from Community Park did a class trip to the mural. That was thrilling for me. CP was my school.”

*Marlon Davila’s “Gallery” is his Instagram Account: @7ovechild. This project was made possible by the support of Timothy M. Andrews, a longtime friend and supporter of the Arts Council of Princeton, who underwrote the Anne Reeves Artist-in-Residence program for the next three years.

Mr. Andrews’ gift will enable two artists every year to each produce a work of art – mural, a sculpture, whatever they envision.

According to Mr. Andrews, “At least three of the six will be conceived for a specific public space and created after we gain neighborhood approvals and raise additional funds to pay for the preparation, supplies, and installation.”