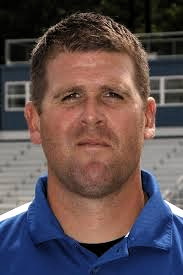 On Dec. 22, he will now be cited at MetLife Stadium in East Rutherford.

“Its humbling. It is a really exciting award, it is a award you really don’t expect,” Cipot said.

Cipot was named the recipient of the award in September. The Jets selected Cipot following North Brunswick’s 26-0 victory in the season opener against border rival South Brunswick High School, which had won the previous eight meetings between the rival schools.

However, Cipot said he does not take all the credit for the recognition.

“You accept it, but you also wish that the other coaches got a piece of the award because they have been as much as a success here as I have been,” Cipot said.

He also credited his student athletes’ hard work for helping turn the football program into a “real program.”

“They all bought in since we took over three years ago. It has been a very nice success story, being from where we were to where we are now. I feel like we are a real program again, we are a winning program and we are going to be competing for a state championship every year and we are in the playoffs every year,” Cipot said.

He confirmed that the goal of the entire staff since he took over 2017 has been to make the state playoffs.

This season, North Brunswick was on an eight-game winning streak when the Raiders were upset by Cherokee High School, 41-25 in the semifinals of the New Jersey State Interscholastic Athletic Association sectional playoffs. Cherokee went on to win the state sectional playoff title.

That loss in the state playoffs ended the season for North Brunswick, which posted a 9-2 record. That finish signaled the third straight year that North Brunswick enjoyed a winning record.

Cipot is a North Brunswick native who grew up attending Jets games with his family. After he graduated from Wesley College of Delaware in 2006, he became the linebacker coach at North Brunswick for four years, then he became the defensive coordinator at Metuchen High for four years before becoming the defensive coordinator at Immaculata High School in Somerville for three years.

He returned home to North Brunswick in 2016 as the defensive coordinator before becoming the head coach the following year.

Growing up, Cipot was a huge fan of Dolphins quarterback Dan Marino, so his aunt, who is a diehard Jets fan, would always take him to the Jets-Dolphins games.

He said he studied a lot of defense in college.

“When I was hurt my junior year of college I did a lot of work with the offensive staff, like film work and game plan stuff. I learned a lot about defense by being on the offensive side,” Cipot said.

“As a football coach the season never ends, there is always the offseason weight room, the offseason workouts, the recruiting trying to get these guys into college. This is a 24/7 365 days of the year job for me, which I love. There is a passion to it,” Cipot said.

As he gets ready to be honored by the New York Jets, he thinks back to where the North Brunswick football program started.

“You think back to where we were three years ago when we won like eight games in the last five years, then we take over a program and we have been very successful. Obviously, I thank the players for buying in. I thank all the coaches that have been all in since day one with me and enjoy the success that comes to you,” he said.

He stated  that his staff will continue to work hard to bring a state playoff championship to North Brunswick.

South Brunswick speeds away from Old Bridge in boys’ basketball