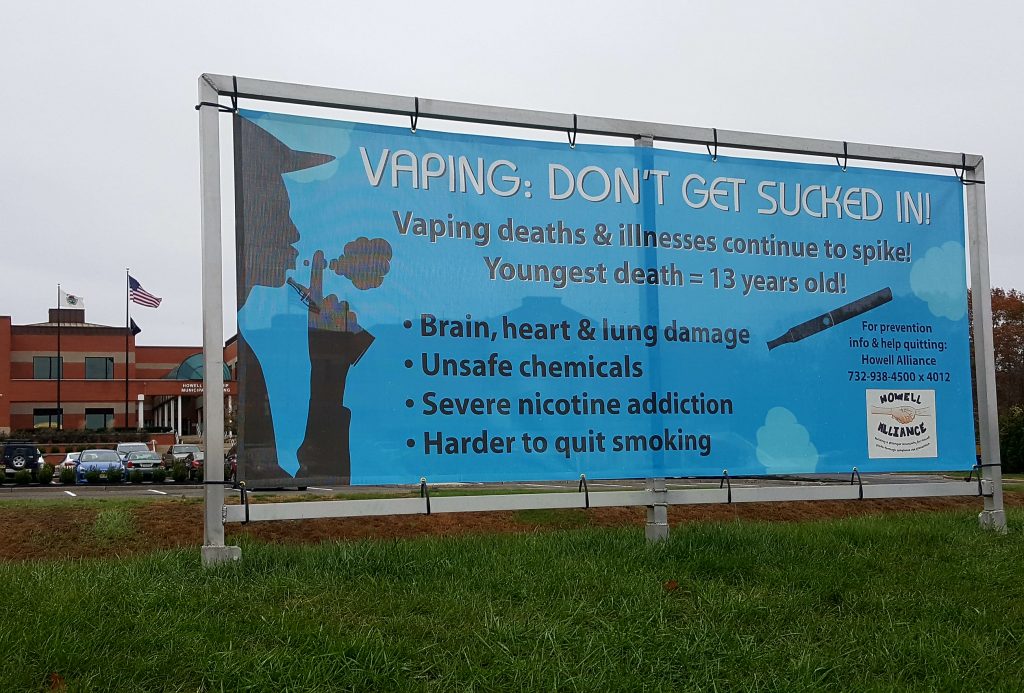 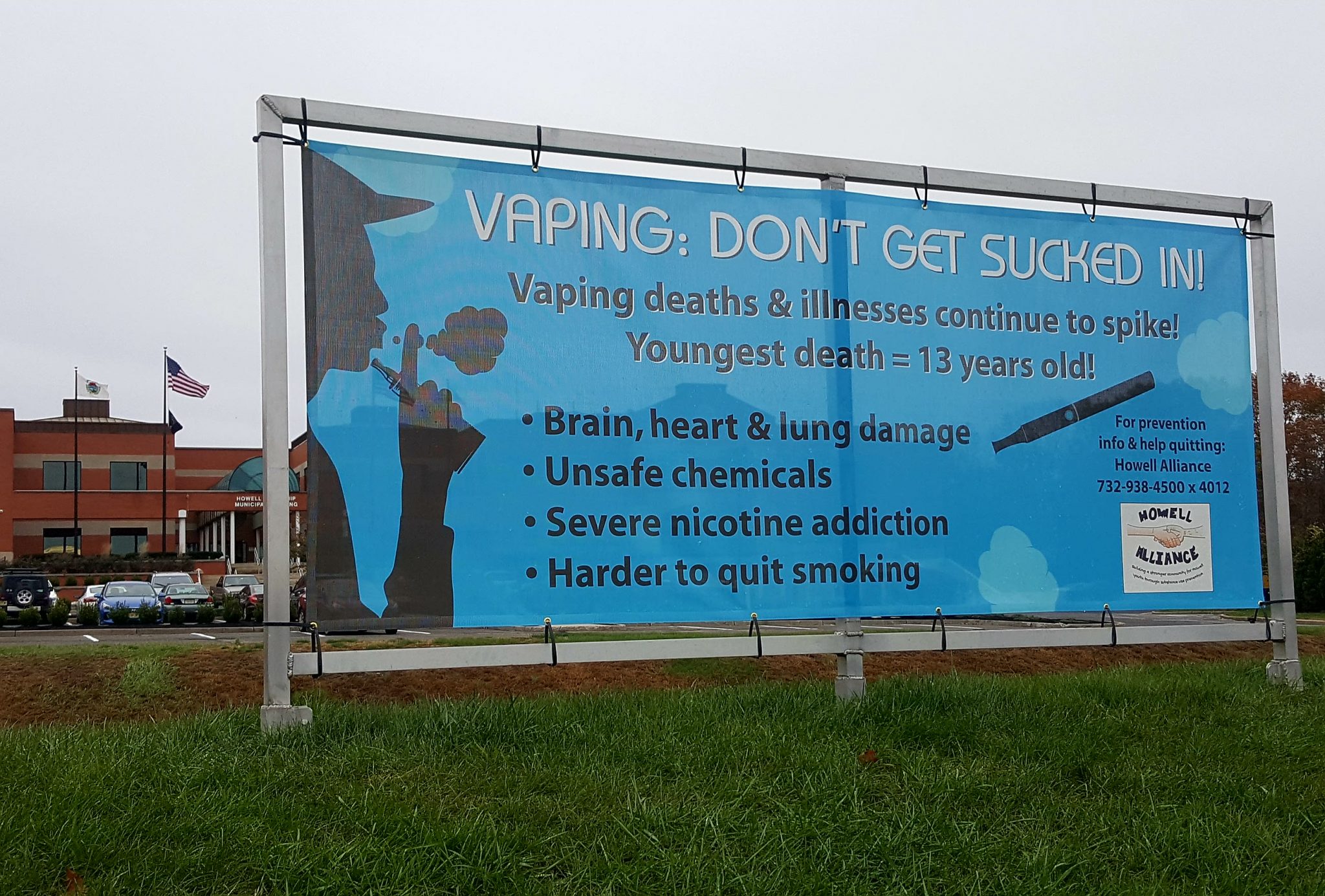 HOWELL – The Howell Municipal Alliance will be the host to a community presentation about vaping, “What You Know, What You Need to Know,” at 6:30 p.m. on Feb. 13.

“What You Know, What You Need to Know” will be presented by vaping and prevention expert Nicki Francis of Wellspring Center for Prevention. A location for the presentation will be announced shortly.

The alliance is directing the community’s attention to the dangers of vaping. In November, the alliance placed a large banner outside the municipal building on Route 9 and Howell High School on Squankum-Yellowbrook Road.

The banner, which declares “Vaping: Don’t Get Sucked In,” seeks to increase awareness about the dangers of electronic cigarettes and vaping.

According to the alliance, through the end of November approximately 2,300 cases of e-cigarette, or vaping, product use associated lung injury (EVALI) had been reported in 49 states, Washington, D.C., and one United States territory. About 50 cases have resulted in deaths, including one death in New Jersey.

According to the alliance, EVALI patients have a median age of 45, 79% are under 35 and half of the total reported EVALI cases and two of the EVALI deaths involved individuals under the age of 25.

Affected individuals have presented a variety of symptoms, including coughing, pleuritic chest pain, shortness of breath, fatigue, fever, chills, headaches, nausea, vomiting, appetite loss and diarrhea. Individuals have been hospitalized due to a need for respiratory support and ventilation.

Vaping products that contain tetrahydrocannabinol (THC) have been prevalent in the reported cases of EVALI, but to date no one compound or ingredient has been identified as the exact cause of the illness. Further investigations are being conducted, according to the alliance.

Many young people and adults are unaware of the high nicotine potency delivered by e-cigarettes, and refillable vaping devices allow for customizable nicotine levels that are not regulated, according to the alliance.

The nicotine consumption can cause permanent lung damage, affect brain development and lead to smoking traditional cigarettes, according to the alliance.

“The (vaping products) are packaged to be attractive to youths with the names of flavors and the way they look. The (vaping devices) are sleek and you can hide them, and kids do not realize how much nicotine (is in the product). A lot of them think it is just vapor, or water, or liquid, some sort of fluid (that) is not harmful,” Riddle said.

Beyond nicotine, e-cigarette “juices,” or liquids, and their vapors contain harmful and unregulated chemicals that can cause permanent lung damage and cancer, according to the alliance.

While it is illegal to sell smoking products, including e-cigarettes and vaping devices, to individuals under the age of 21 in New Jersey, it is not illegal for people under the age of 21 to possess those products. That is why the Howell Municipal Alliance believes parental education and zero tolerance for youth e-cigarette use is a necessary component in battling the youth vaping epidemic.