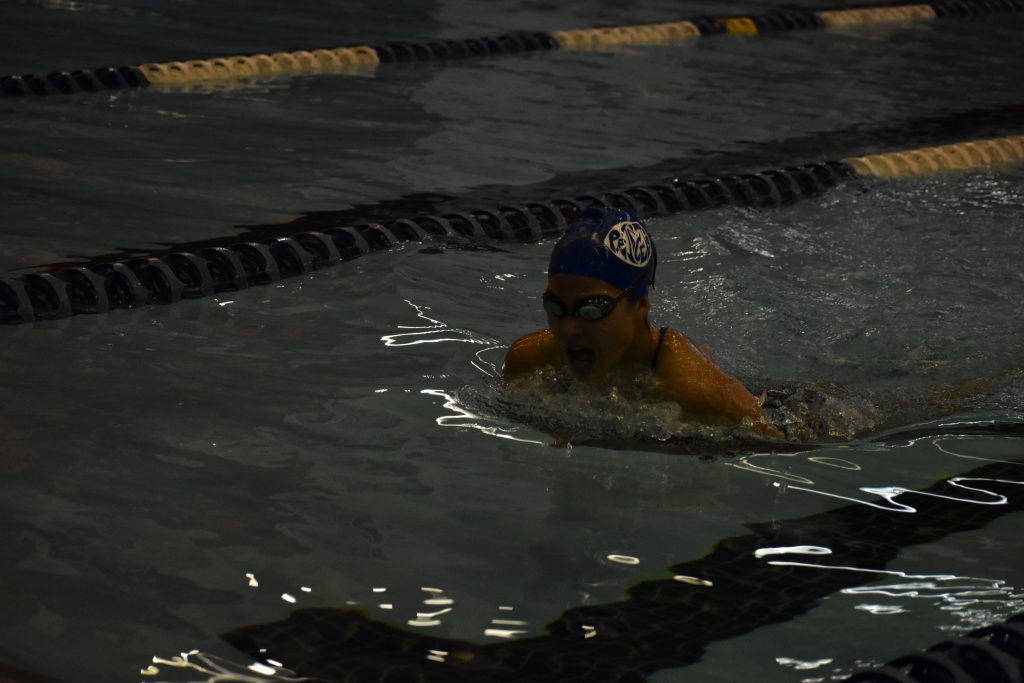 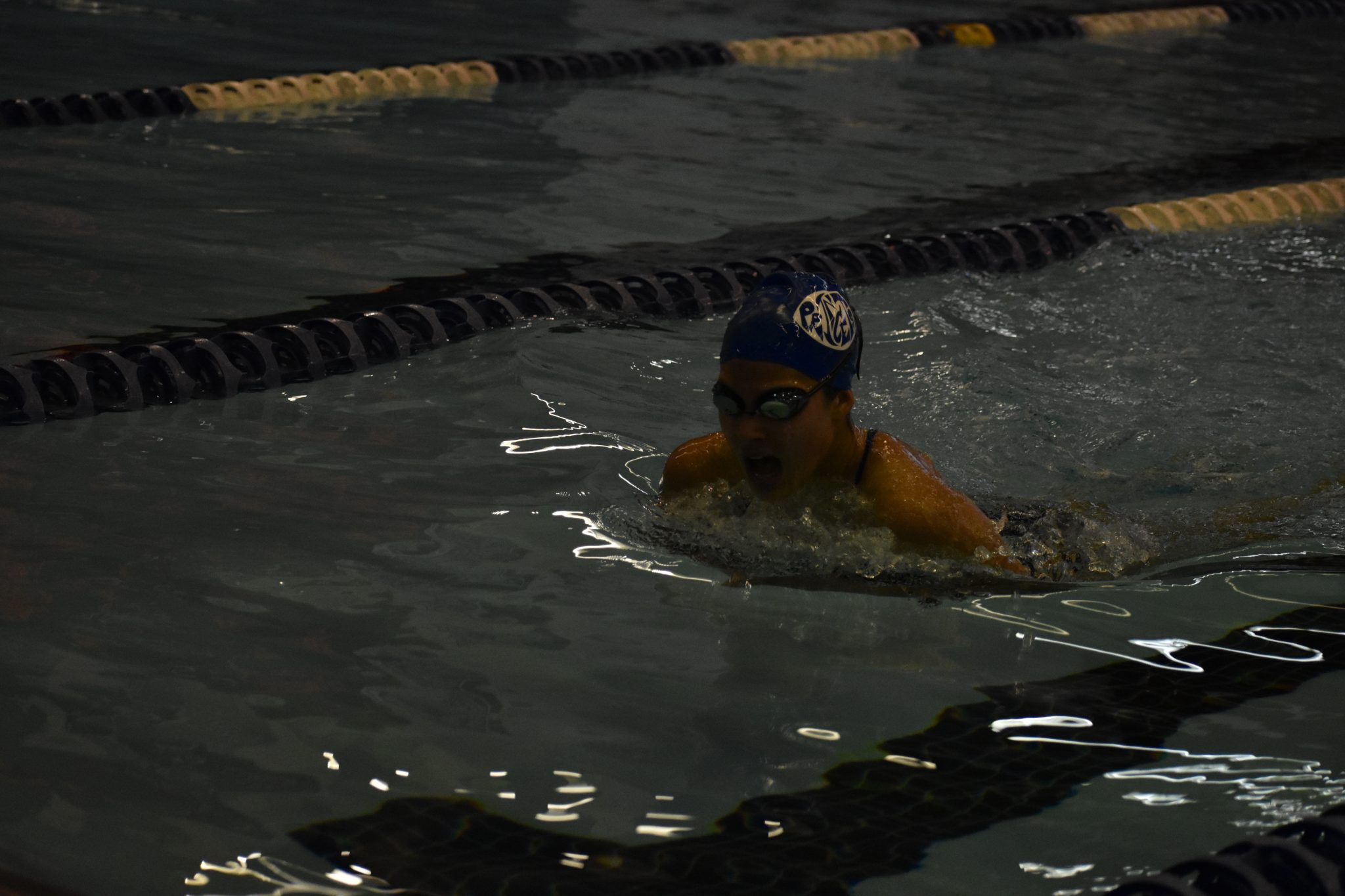 With the team’s next meet set for Jan. 2, the Princeton High School girls’ swimming team finished the start of the 2019-20 season on a high note.

The Little Tigers are currently 4-2 overall and come off a recent victory against Robbinsville High School, 123-46.

Even with the team’s youth, the Princeton offers depth this season.

“Our strengths [are] we have a really deep and solid team. A lot of new incoming freshmen, sophomores and even juniors,” Princeton coach Carly Misiewicz said. “Laura Liu for example, is a transfer, and Jensen Tinevez decided to swim as well, which is awesome.”

Key returners for the team are sophomore Abby Walden, sophomore Tracey Liu, who is not related to Laura Liu, and senior Cameron Davis.

“I only graduated three girls from last season’s team. We did not lose much of our depth, but looking at what we gained this year is huge. We are really meshing and the girls get along really well,” Misiewicz said. “We have team chemistry, which can be hard to build. We are ending the first half of the season 4-2 and going into January trying to end the season 10-2.”

Freshmen standouts this season have been Beatrice Cai and Annie Zhao.

“We have a lot of great pieces we can work with. We are very solid in the breaststroke events, backstroke events and sprint events,” Misiewicz said. “I think things we can work on are distance events, which seems to be an issue a lot of teams have as well. For us it has been one of our weaker events for the last couple of years.”

“We are trying to build up that 200 medley relay and 500 freestyle events. Our individual medley is pretty solid this year with who we have returning,” Misiewicz said.

She said she leans on senior Ria Sharma, who against Robbinsville finished in first place in the 500 freestyle event.

“Senior Ria Sharma is someone I look to as a go to in our sprint events. She has already had times that she produced in the middle and late part of last season this year,” Misiewicz said.

“She has been consistent so it is not a fluke and one-time thing. She is a really good leader and someone the rest of the team looks up too.”

She said that Tracey Liu and Walden continue to get better in each meet this season.

“Tracey Liu and Abby Walden are very versatile coming back as sophomores, and can put them in very different events. From sprints [freestyles] to 500, to individual medley and the butterfly,” Misiewicz said.

According to Misiewicz, the team’s ideal lineup is still a work in progress.

“Ending at the winter break right now will allow us to kind of regain our focus and have a good thing going into the start of January,” Misiewicz said. “I think we need to be more disciplined with our starts, turns and finishes. There are a couple times we have been out touched in races. It is little details like that, I think we need to work on [that] during winter break.”

She said wants to build up the team’s endurance a little bit.

“We do not have another meet for another two weeks, so it gives us a lot of time to really focus and really train hard. We won’t have to worry about breaking up the training schedule,” Misiewicz said.

Sophomore Laura Liu’s top events are the 100 freestyle and 50 freestyle. She said she thinks the team is on track at the half-way point of the season.

“I think overall we are doing quite well. Everyone is getting their best times,” Laura Liu said. “Everyone is doing well this season. We motivate each other.”

She said there are some really good freshman this year, especially in the 200 freestyle event.

“We also have new and really good breaststrokers on the team,” Liu said. “So even though it is my first year with the team, I feel really welcome. Everyone is like a family. We always cheer for each other.”

Princeton’s next meet will be on the road against Nottingham High School on Jan. 2.