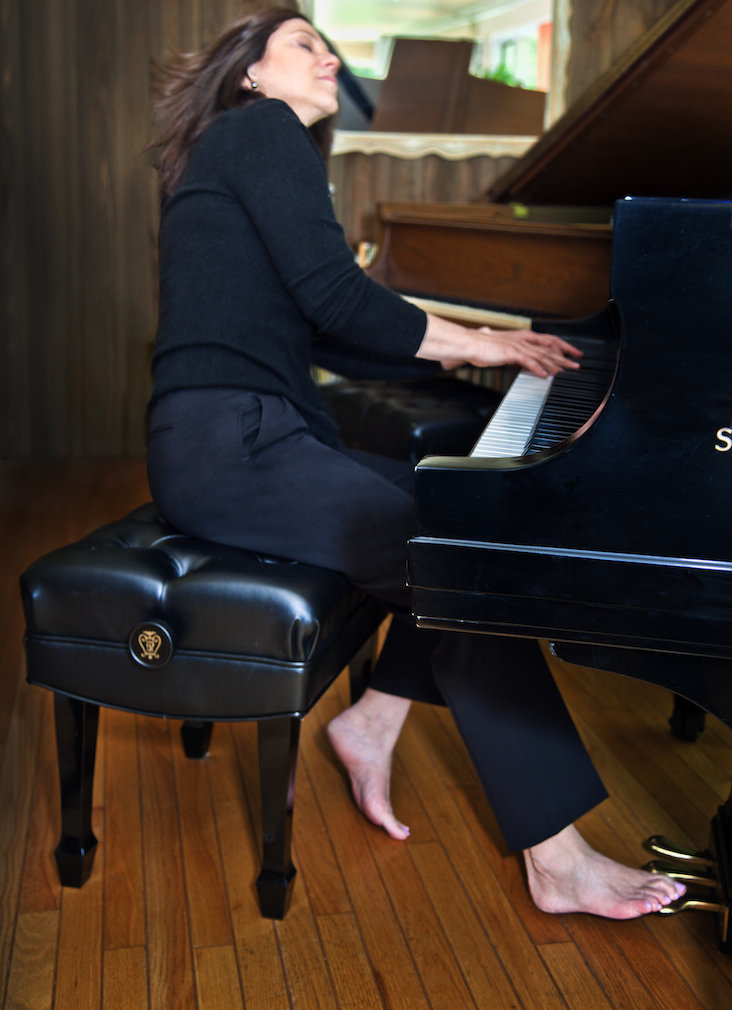 On Feb. 1, Turkish American-pianist, Steinway-artist and Pennington resident Meral Guneyman, an internationally celebrated concert pianist, recording artist and music educator, plans to present “Across the Universe,” a benefit concert and stirring musical tribute to composers across genres spanning the centuries.

The concert will feature piano compositions and transcriptions of timeless music from Asia to the Americas, including the four giant “B’s” – Johann Sebastian Bach, Ludwig van Beethoven, The Beatles and David Bowie.

The concert will celebrate the 10th anniversary of the Swat Relief Initiative (SRI), a Pennington-based all-volunteer charitable nonprofit organization dedicated to improving the lives of women and children by fostering education and literacy, especially among girls and women, women’s economic empowerment and vocational training, preventive healthcare, and community development, among other endeavors, within the remote, mountainous Swat Valley of northern Pakistan.

The concert – co-hosted by the Culture Connections and Global Connections student organizations of Hopewell Valley Central High School (HVCHS) in Pennington – will be performed within the school’s large Performing Arts Center on Saturday, Feb. 1, starting at 7:30 p.m.

All net proceeds from this concert will bolster ongoing SRI efforts in northern Pakistan.

As a pianist, Guneyman, an award-winning Juilliard-trained Steinway-artist, has performed on concert stages around the world throughout her life – from Carnegie Hall to Central America, Europe and her native Turkey.

Maestro Michael Tilson Thomas, with whom Guneyman made her U. S. orchestral debut with, has called her “a highly sensitive artist, with a wonderful, warm, romantic sound.”

Guneyman serves as a cultural advisor to the World Council of Peoples for the United Nations. In her capacity as performer and educator, she has worked to raise funds for multiple charity organizations.

A multi-faceted musician, Guneyman avidly composes, transcribes, arranges and improvises. She has released numerous albums, with recordings available on every platform, including two CDs with American jazz legend Dick Hyman.

This past October, she released her second album of personally arranged holiday favorites, “Christmas Memories: Timeless Christmas Standards Reimagined.” That CD became an Amazon holiday best-seller in its first week.

“It is my sincere pleasure and distinct honor to perform on behalf of the Swat Relief Initiative,” Guneyman said. “Being a musician has been a blessing and salvation in my life. Nevertheless, my work at this point and in the future has no greater goal than to help someone else in need. If girls are not given the opportunity for education, then they will never be able – as Albert Einstein so aptly put it, to ‘walk alone and find themselves in places no one has ever been before.’

“So it is with this conviction in mind that I play this concert to benefit young girls in the Swat Valley. Based upon my own life as a young girl who was lucky enough to grow up in President Kemal Ataturk’s secular Turkish Republic and who had the opportunity to attain the best education possible, I am grateful and deeply passionate about this cause.”

SRI President and Pennington resident Zebunisa (Zebu) Jilani co-founded SRI in the 2010 timeframe with her late husband Arshad Jilani, both Pakistan natives by birth, now naturalized U. S. citizens, to help rebuild society within this ruggedly mountainous area after several consecutive social and natural calamities hit the region in the late 2000s.

Jilani carries on a proud heritage and tradition within the region as the granddaughter of the Swat Valley’s last royal ruler, or Wali, a reform-minded leader who oversaw the construction of hundreds of schools, colleges, hospitals, clinics and modern roads, among other advancements, in the region.

Many such schools, built especially for girls, were destroyed by the Taliban, starting in 2008. A widespread societal crackdown on civil liberties ensued. To help remedy the after-effects of Taliban control over the past decade, Zebu and Arshad have worked tirelessly, shoulder to shoulder, to raise funds for and rebuild this corner of their native Pakistan.

The duo have spent multiple months each spring on site in Pakistan overseeing SRI initiatives – Jilani, alone, for the first time this past spring following Arshad’s death – employing the skills, gifts and graces of countless SRI volunteers both here in the United States and in Pakistan.

“In founding SRI 10 years ago, our intention was to help rebuild the Swat Valley and assist residents in regaining a sense of lost stability, while looking ahead to the future, in particular, by fostering and encouraging ongoing education of girls and women,” Jilani said.  “Lack of education is the single leading cause of childhood marriages in Pakistan. I want to stop this destructive practice by creating opportunities for children to reach their full potential through education.”

To date, SRI operates within 16 villages, with a total population of some 30,000 people, in the Swat Valley, a remarkably beautiful region nestled among the foothills of the world’s highest mountains in the Western Himalayas of Pakistan, often called the Switzerland of Asia.

Members of the public are warmly invited to attend. Concert tickets, all general admission, will be $20 for each adult, $15 for each senior citizen and $10 for each student.

Business and individual sponsorships in honor of this SRI-anniversary concert are available in advance at the following levels: Bach at $1,000 USD; Beethoven at $500; Beatles at $200; and Bowie at $100.  Personal donations gratefully welcomed.

Also for sale will be intricate Swati soft-woolen fine-work shawls and finely beaded necklaces with semi-precious stones – meticulously handmade by Swati village women and directly benefiting them – as part of a special Swat Valley Craft Bazaar within the lobby following the concert that evening.

The hosting student organizations – which promote oneness, inclusion, diversity and interconnection within the school and greater community view this concert as the first in a planned series of coming HVCHS benefit concerts by important artists, with the goal of making world-class musical artistry easily accessible to a broader community.

Visit the SRI website at, www.swatreliefinitiative.org. SRI is registered within the United States as a 501(c)(3) tax-exempt nonprofit charitable organization, and within Pakistan as a non-profit organization under the Voluntary Social Welfare Agencies Ordinance.