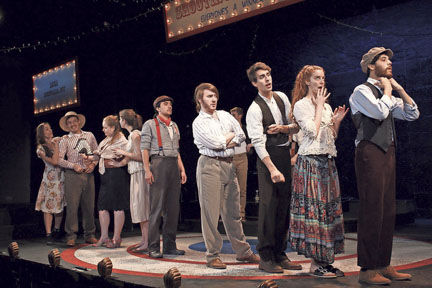 The North Brunswick Department of Parks, Recreation and Community Services has announced that the Adult Drama Group will celebrate its 50th anniversary with the Broadway show “Guys and Dolls” as the annual community theater musical.

Director Michael Hritz is seeking principals as well as a diverse adult ensemble, and stresses that no roles have been pre-cast. No experience is necessary. The show features a large cast and provides ample opportunities for area residents and local actors, singers and dancers to audition.

Vocal and dialogue auditions in the music room at North Brunswick Township High School will held at 7 p.m. on Jan. 2 for only the nine principal and featured roles only, including Nathan Detroit, Miss Adelaide, Sky Masterson, Sarah Brown, Nicely-Nicely Johnson, Benny Southstreet, Harry The Horse, Big Jule, and Arvide Abernathy. All remaining character parts will be cast without a specific audition.

Callbacks and ensemble vocal auditions will be held at 10 a.m. on Jan. 4. The ensemble may be limited to a cast size to be determined, and will require a competitive vocal audition. No children will be included in the production.

All those auditioning should have sheet music and be prepared to sing 32 measures of a musical theater piece in the style of the show or a song from the show, and be ready to read from the script. Musical Director Dan Walker will provide accompaniment.

The announced cast and all those interested in working behind-the-scenes will meet as an entire company for production notes and the first vocal rehearsal at 7 p.m. on Jan. 7.

Production dates at the school are March 5, 6 and 7. 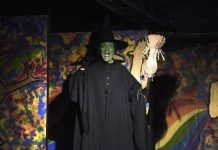 Poetry writing workshop will take prompt from ‘The Wiz’

Interviews for vacant school board seat in North Brunswick will take place March 1, 2