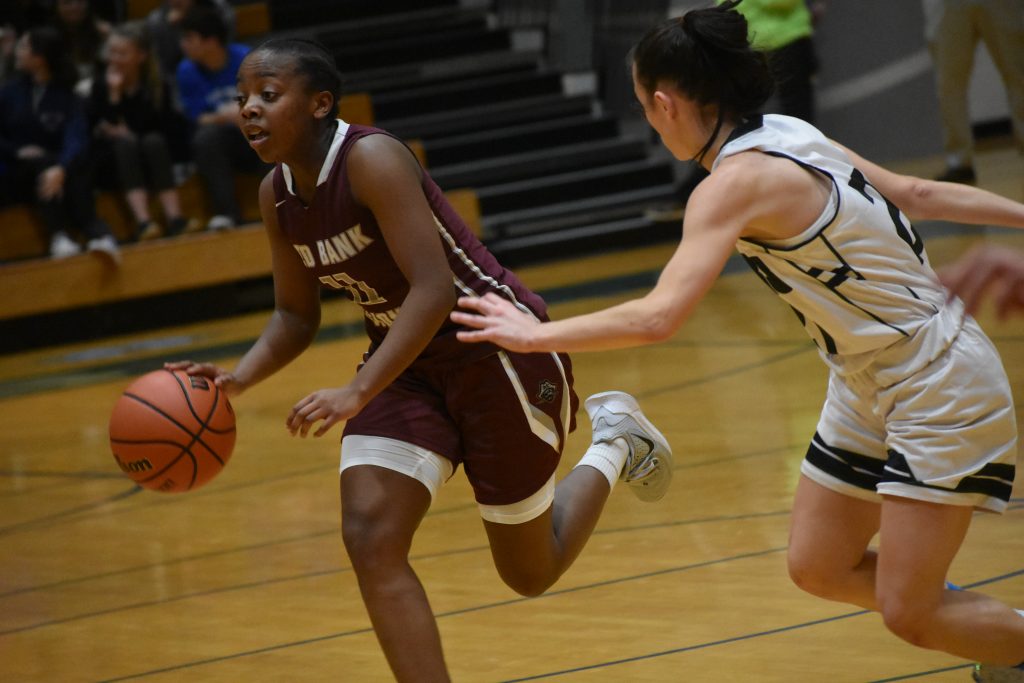 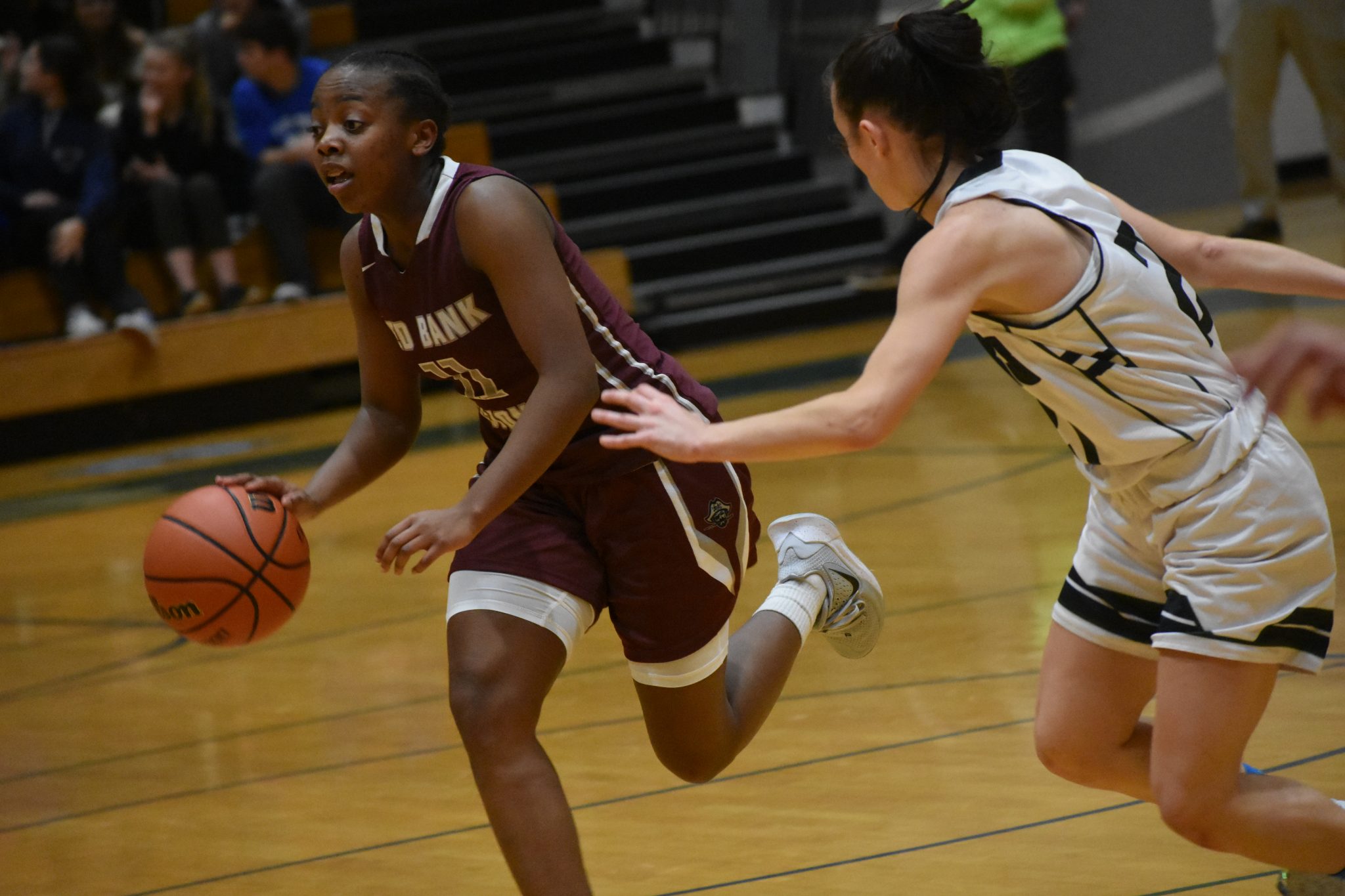 Since 2016, the Red Bank Regional High girls’ basketball team has been unable to gain a victory against Colts Neck High School.

As the two teams met for the first time this season on Jan. 3 in Colts Neck, Red Bank finally got its much anticipated victory over its Shore Conference B-North Division foe, rallying back from three points down with 1:54 left to play to defeat the Cougars, 44-41.

“To beat such a talented and well coach team like Colts Neck is takes a team effort,” said Red Bank coach John Truhan. “This was a tremendous basketball game. It took a total team effort for us to come out with more points than they did.”

Defense was the key to help Red Bank improve to 5-1 on the season. A block shot by Lulu Attia resulted in a steal for Caitlyn Decker.

The junior then threw a perfect outlet pass to teammate Chloe Teter, who drove to the basket for a layup and then hit a free-throw moments later to complete the three-point play and give the Buccaneers a 41-39 lead with 37 seconds left to play.

Teter finished with a team-high 21 points in the victory.

Decker made the play of the game by getting another huge defensive play, stealing the ball from Colts Neck’s Camryn Foltz in the final seconds to help Red Bank hold on for its first victory over the Cougars since the beginning of the 2016-2017 season. The junior also tallied six points in the contest.

Foltz scored a team-high 21 points for Colts Neck. The senior has scored over 20 points in all five of the games Colts Neck has played this season.

Junior Jessica Thesing out in six points for Colts Neck, which is 3-2.

‘America will never forget their sacrifices’