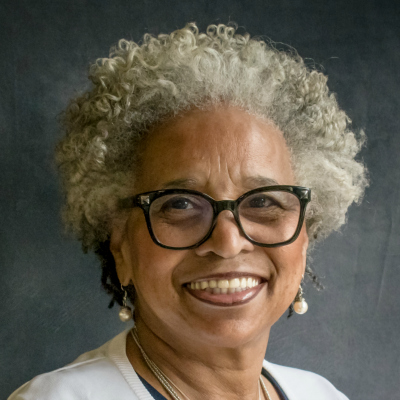 After the swearing in ceremony, Councilman Alvaro Gomez passed the leadership torch and moved to nominate Ship-Freeman as council president. Council members Robert Diehl and Sam Joshi seconded the motion. Brescher was the only member to vote against the nomination.

Joshi was nominated to serve as council vice president. Brescher was the only member to vote against the nomination.

Ship-Freeman, who is the first African-American woman to serve on the council, said although this is her first time on council, this is not her first leadership role. She served in many leadership capacities including president and vice president on the Edison Library Board and teamwork experience as a member of Alpha Kappa Alpha Sorority Inc., the first sorority established by African-American college women.

“Integrity is the most valuable and respected quality of a leader, this is what I live by,” she said.

Ship-Freeman said obtaining a bachelor’s degree from The College of New Jersey and a master’s degree from Kean University, it has afforded her the opportunity to give back to her community of Edison.

“The team I am representing … is Team Edison. I will not be afraid to make tough decisions, to move our town forward in the right direction while trying to keep our town’s taxes at a minimum,” she said. “I want to reach out to the county and to the state to help us defer costs that drain our economy. My vision for Edison, the fifth largest municipality in the state, is to bring back jobs that have been outsourced, examine old warehouses, look for open land, and find areas that would help our economic growth so it would not solely be dependent on taxpayer money.”

Ship-Freeman said surrounding municipalities are developing projects to help defray their costs, which she would like to see in Edison. She said quality of life and recreation projects could include splash parks and roller rinks.

“I would like everyone to know that I represent everyone in Edison,” she said. “Let’s all work together to make sure we move into the 21st century.”

Joshi, who is serving his third year on council, said he is “humbled and grateful” to serve as vice president on the council.

“I was born and raised in Edison Township and I take so much pride in being a thoroughbred product of Edison,” he said.

Joshi said since taking office, he has spoken to hundreds of residents and worked on numerous initiatives on Edison as a whole as well as smaller neighborhood issues.

“This year I’m looking forward to moving that needle further,” he said. “Edison is faced with significant challenges. Edison had two significant historic referendums last year, a $190 million referendum for schools and another for public utilities. The message of those referendums were clear, our priority needs to be effective tax base stabilization, efficient government, and improvements overall for our quality of life. I look forward to working with my colleagues to address this year’s budget on these matters.”

Joshi said smart growth planning and communication with the Edison Board of Education is vital for the well-being of the township. He said officials also need to revisit Edison’s master plan.

“We need to think outside the box on these solutions,” he said.

Joshi called for a dialogue for a shared services agreement with Middlesex County College for possible land, classroom space, and recreational services.

“I’m also looking forward to working with my colleagues and administration on public safety hiring and promotional reform,” he said. “I’m unequivocally supportive of their work, but as politicians we need to take ownership when policies are outdated. Also we need to work to create a proper utilities authority something the administration kicked off in January per referendum last year.”

While working on major issues, Joshi said they also need to work on quality of life initiatives such as the Raritan River, which has the potential of becoming a jewel of the township and state, as well as his proposal to transform the Middlesex Greenway into an outdoor murals museum.

At the work session meeting after the reorganization meeting, Brescher said officials stand at the forefront of a new Edison and stand ready to address significant issues of infrastructure, public safety, efficiency and property tax fairness.

“In the coming weeks I will introduce legislation on each of these issues,” he said. “I promise to update the public on a monthly basis so we can gauge our own performance that has plagued our town.”

Patil offered his thanks to all Edison residents who gave him the chance to serve for one more term.

“It’s my commitment to the Edison residents that I will do my best to keep this town moving forward,” he said.

At the conclusion of the work session meeting, Ship-Freeman noted 2020 is the 100th anniversary of the Women’s Suffrage Movement, a movement in support of women’s rights. She thanked her council colleagues for their support and confidence in selecting her to lead the council.

“I would like everyone to know, we are joined together, we are one team,” she said. “Everything that we do, we do for our constituents.”