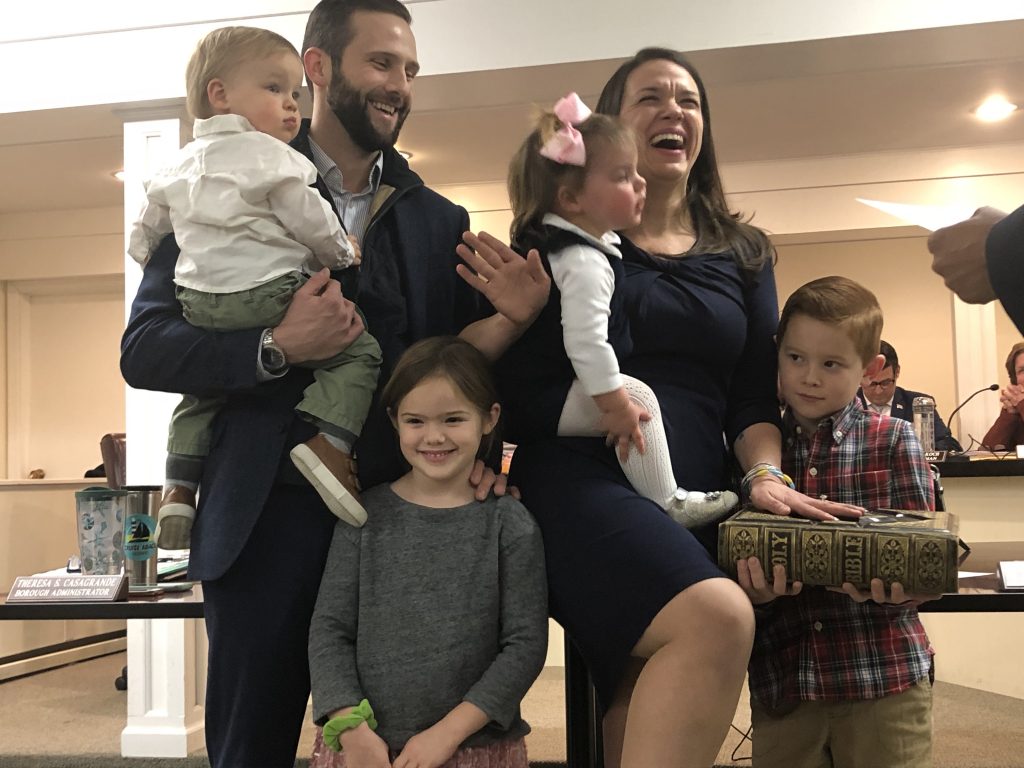 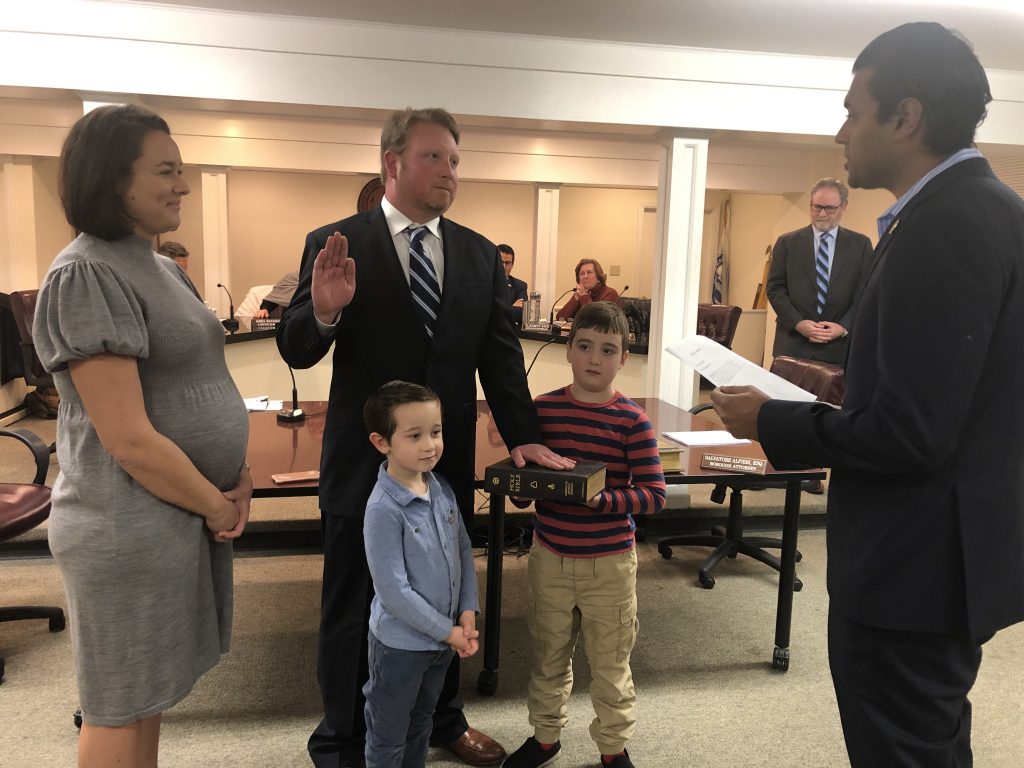 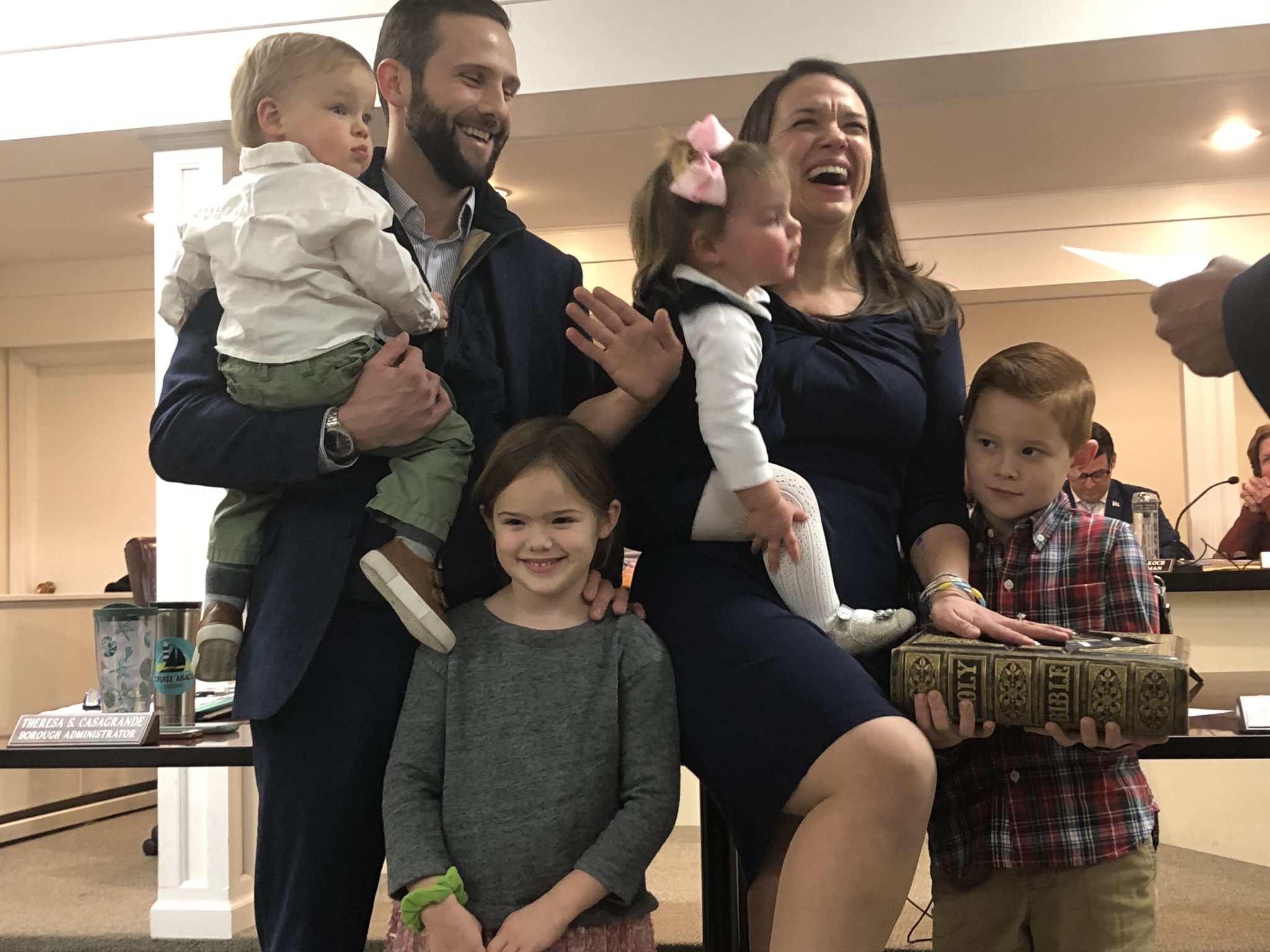 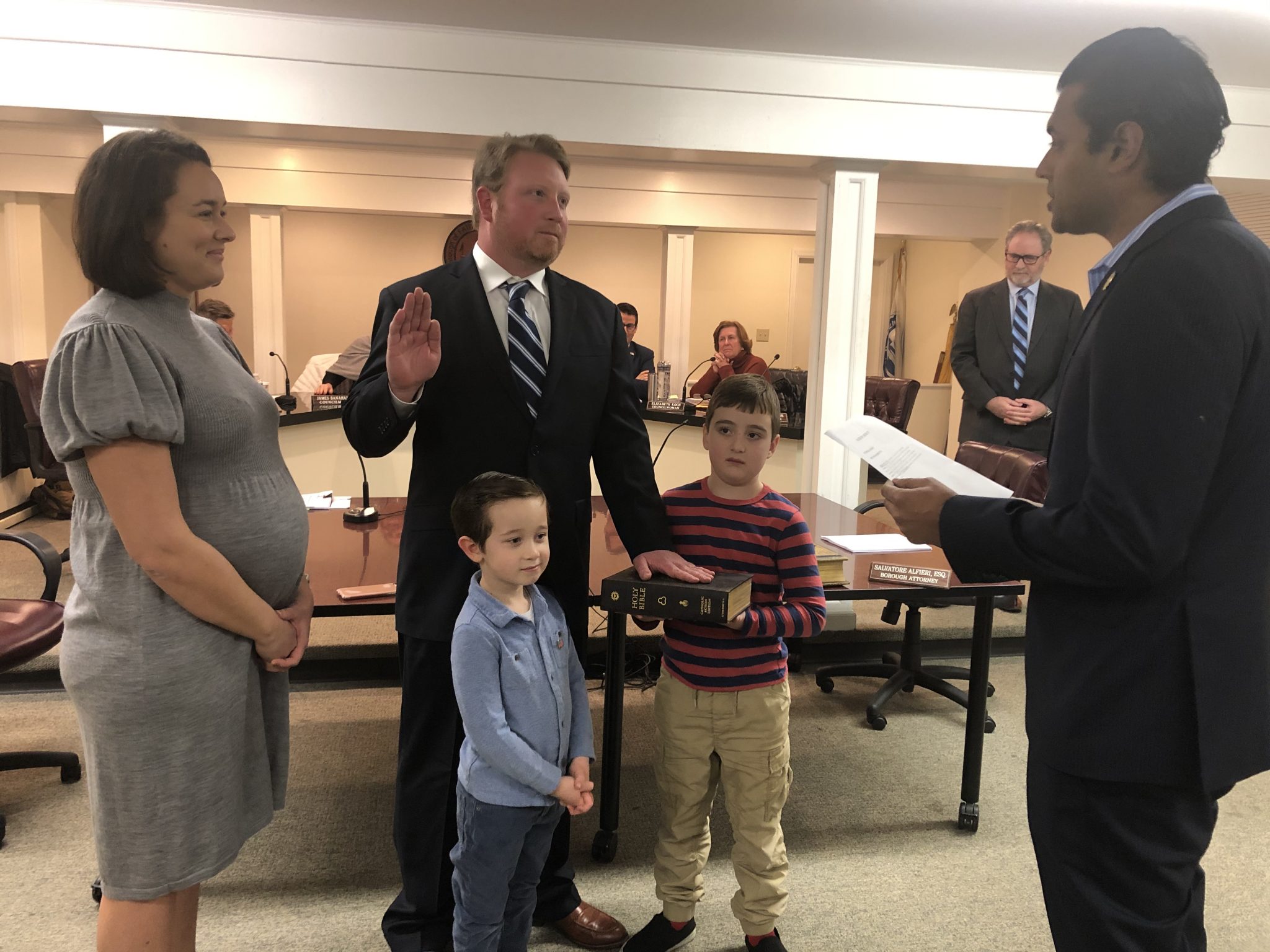 Chrisner-Keefe and McCue were elected to their first three-year terms on the council in the Nov. 5 election. They succeed former council members Jonathan Peters and Jacqueline Rice.

Gopal then administered the oath of office to McCue, who was accompanied by his wife and two children.

Following the oaths, Rodriguez nominated Sorenson to serve as council president in 2020. Koch seconded the motion and the council members unanimously voted “yes” to elect Sorenson to the position.

In other business, Mayor Benjamin Lucarelli formally commended the Dermer family for leading a town-wide food drive during which 24,633 pounds of food were collected. The goal of the food drive was 10,000 pounds, he said.

In November, yellow “Dermer Dreams” bags were distributed to all 2,200 homes in Fair Haven. Each bag included a list of requested food items. The food that was collected will be donated to Lunch Break, a food pantry in Red Bank.