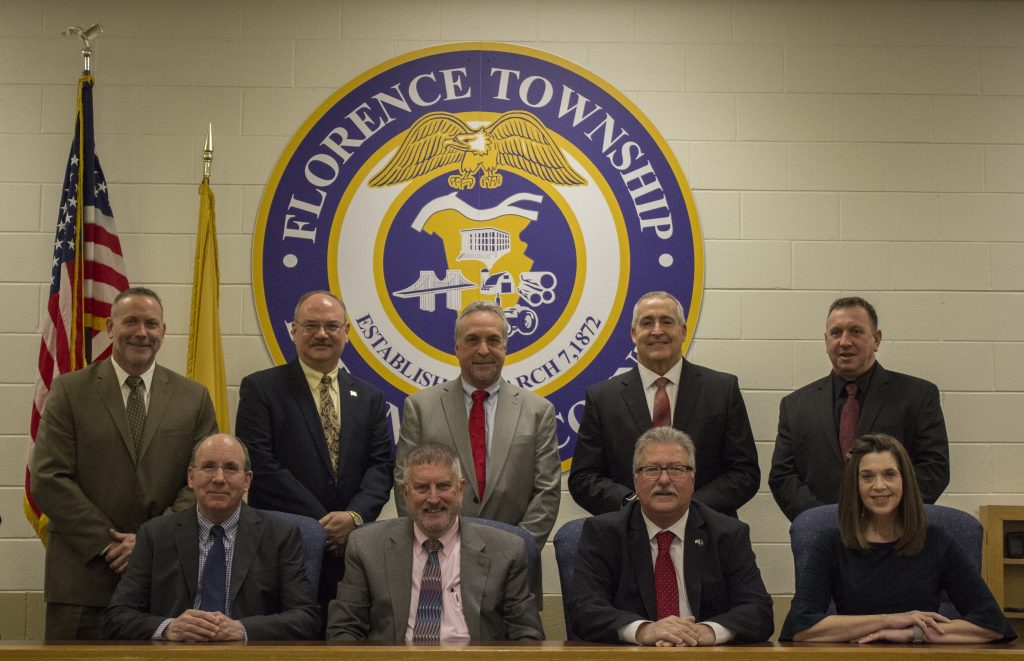 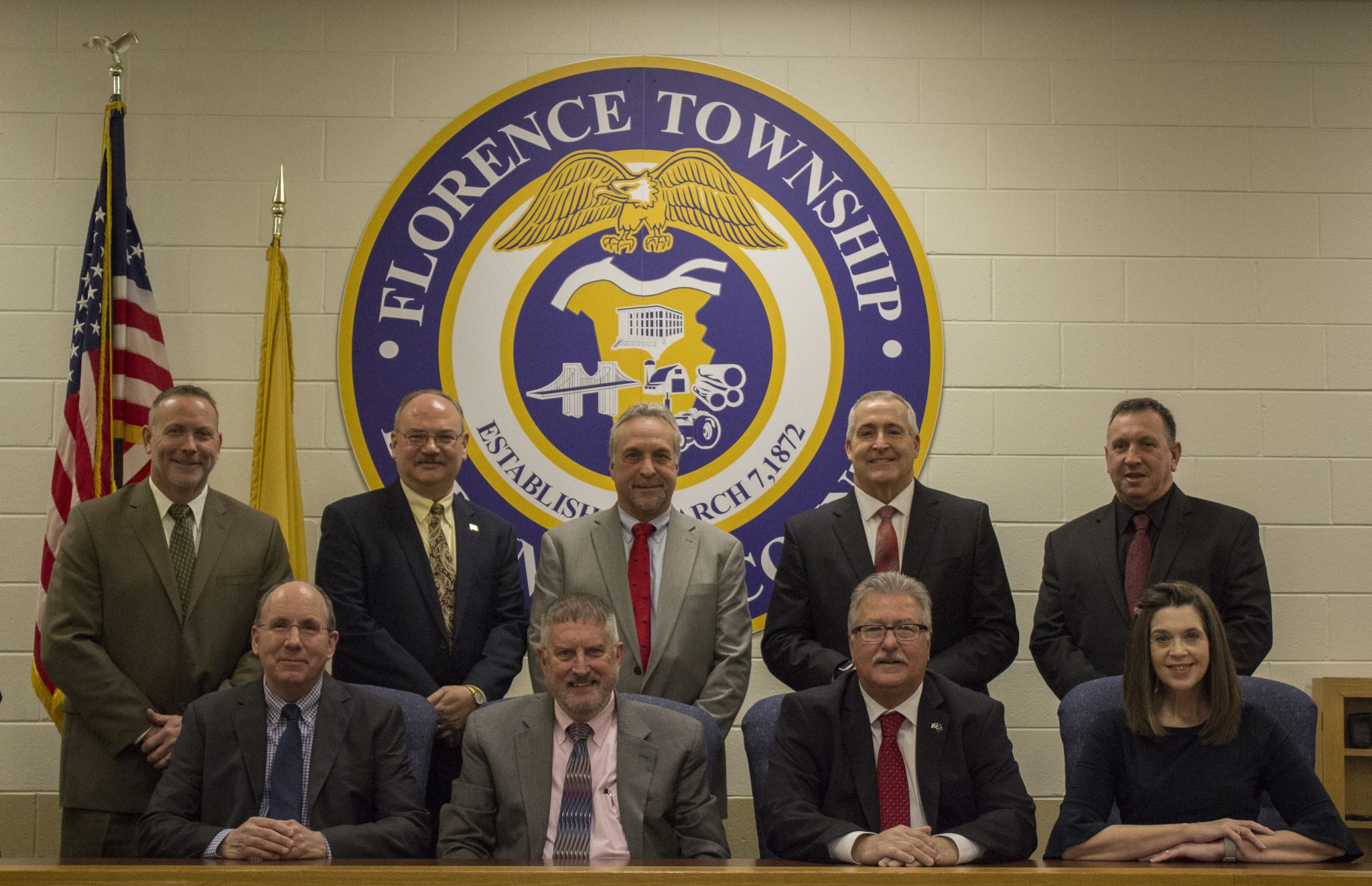 The Florence Township Council will see a return of incumbent members and is set to be led again this year by Craig Wilkie as mayor.

The Florence Township Council held its annual reorganization meeting on Jan. 8 when three incumbents were sworn in for new terms on the council.

A portion of the meeting was also designated for Wilkie to conduct a “Mayor’s Review of 2019” and to outline some of the council’s goals for this year.

The meeting began with three officials taking an oath of office, which included Wilkie who was sworn in and appointed as township mayor. Council incumbents Paul Ostrander and Bruce Garganio were also sworn in following the November 2019 general election, where they both ran unopposed.

Prior to the November election, Garganio filled in an open seat on the council after it was announced at an Oct. 16 meeting that then councilman Theodore Lovenduski had resigned earlier in the month.  Garganio, a former councilman, was appointed to fill the position through the end of the year.

Township Clerk Nancy Erlston read Lovenduski’s letter of resignation at the October meeting, which stated that after eight years of service as a municipal official, “it is time for me to step down,” Lovenduski wrote.

Garganio most recently served as vice chairman of the planning board. Prior to his appointment as a member of the council, Garganio was slated to run for a four-year term on the council alongside Ostrander in November.

Following the swear in ceremonies for the three elected officials, nominations and elections among the council members were held to appoint a president and vice president of the council.

After the officials were appointed, a significant portion of the meeting was dedicated toward a presentation led by Wilkie to highlight the township’s achievements in 2019 as well as the outlook for this year.

Wilkie said that some of the township’s notable actions last year included investments in the municipality such as the purchase of several lots with an intent to designate them for retail and housing.

The council unanimously approved two ordinances at a Dec. 4 meeting to execute a bond ordinance and authorize the purchase of property on 100 Fifth Ave. on Main Street in Roebling. The site once housed the former historic bank in Roebling. Municipal officials said this site could serve as a potential location to spark development in township’s larger vision for the Roebling area.

At a Dec. 18 meeting, Florence officials unanimously made a motion to approve and pass an ordinance, which authorized the acquisition of property located at 629 W Third St.

When the ordinance was introduced at the Dec. 4 meeting, township administrator Richard Brook explained that due to the property’s deteriorating condition, the township became interested in acquiring it to clean up the site and develop it for future use.

During his presentation, Willkie explained that discussion for the proposed development and use of township-owned property sited near the Roebling Museum in Florence is also in effect.

The Florence Township Planning Board members dedicated a portion of their Aug. 27 meeting to field discussions about the proposed development and use of waterfront property along the Delaware River, which is situated by the Roebling Museum and owned by the municipality.

For 2020, Wilkie said that the municipality looks to tackle multiple projects such as a new township master plan including a new zone for the Roebling site, the 2020 United States census, continuing to address affordable housing mandates, and additional execution of the township’s road paving program.

Following the mayor’s presentation, a special moment in the meeting was even held for Lovenduski who was honored by the council for his tenure as a municipal official.

“[Lovenduski] served eight years with us and was a very dedicated council member,” councilman Jerry Sandusky said. “He was always there for you and never gave anybody a hard time.”

Florence council meetings are held in the municipal complex’s court chambers, which is located at 711 Broad St. Public meetings begin at 8 p.m.