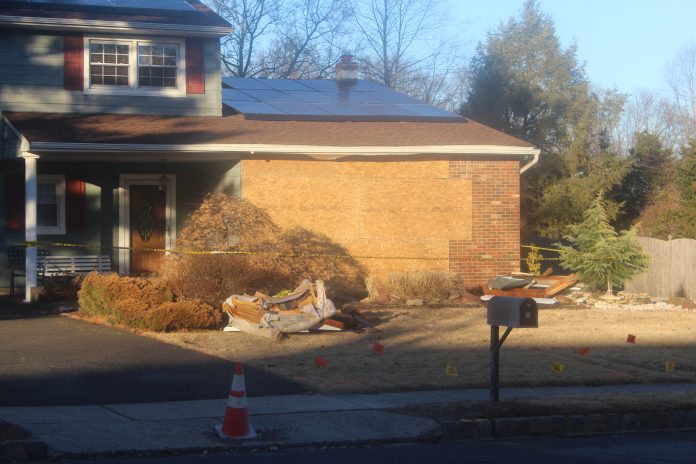 EAST BRUNSWICK – A 47-year-old resident of South River crashed his vehicle into a home at 21 Buck Road in East Brunswick around 2:20 p.m. on Jan. 11.

East Brunswick police officers found a 2004 GMC van that had driven fully inside the residence, according to police.

The residents were not home at the time of the crash, according to the statement. Police said witnesses at the scene reported that the driver made an abrupt K-turn on Churchill Road and then proceeded toward 21 Buck Road, at which time a loud crash could be heard. The van ended up in the living room area and basement level, according to police.

The driver was trapped inside the vehicle. After being extricated, he was transported to Robert Wood Johnson University Hospital in New Brunswick. An initial report said he was unconscious, but stable, according to police.

Responders from the District 1 fire department, representatives of PSE&G and a building inspector were dispatched to the scene. Special Operations and Investigative Division personnel responded to the scene to conduct an investigation, according to police, who said the investigation is ongoing.