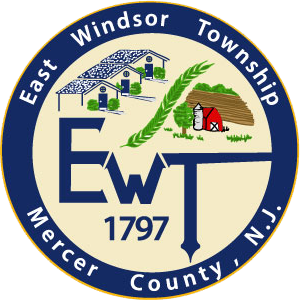 Mayor Janice S. Mironov presented certificates of appreciation to the volunteers who attended the Jan. 1 reorganization meeting. In all, 17 volunteers whose terms had expired Dec. 31, 2019, were honored.

“There are a number of citizens who step up and are willing to give of their time on a volunteer basis who really bring a great deal of knowledge and background and professionalism [to the boards and committees],” Mironov said.

“They really help the governing body and the community to put forward a lot of great ideas and programs that [the East Windsor Township Council] gets credit. They help to make our community a better place,” Mironov said.

The mayor stated that East Windsor officials are proud of the volunteers and their level of involvement in the community. Their support has been an important part of the council’s governance, she said, adding that she hopes to see it continue this year.

“We encourage residents to volunteer to serve on a township board or committee to obtain a better view of how our local government operates, and to share with their local officials their thought and suggestions,” Mironov said.

The volunteers who were honored were Michael Bailey, Caroline Berdzik and David Illuminate, who served on the East Windsor Township Zoning Board of Adjustment.

Ronald Balint, Tanya Dmytrow and Gary Wroblewski served on the Environmental Commission, and Simon Berman and Anthony Catana of the East Windsor Township Planning Board also were honored.

Gloria Golbert and Deborah Thomas, who volunteered on the Commission on Aging, and Douglas Greene and Vandana Mathur, who served on the Clean Communities Advisory Committee, were recognized.

Kelly Klein, Magregoir Simeon and George White were honored for serving on the Economic Development Committee. Linda Melchor was recognized for service on the Health Advisory Board. Marc Platizky was honored for volunteering on the East Windsor Municipal Utilities Authority.

Several of the volunteers whose terms had expired stepped up and volunteered to serve again.

Kelly Klein and George White will serve again on the Economic Development Committee, where they will be joined by newly-appointed member Chris Cornick. The term is for three years.

Linda Melchor was reappointed to a five-year term on the Health Advisory Board, and Simon Berman and Anthony Catana were reappointed to four-year terms on the East Windsor Township Planning Board.