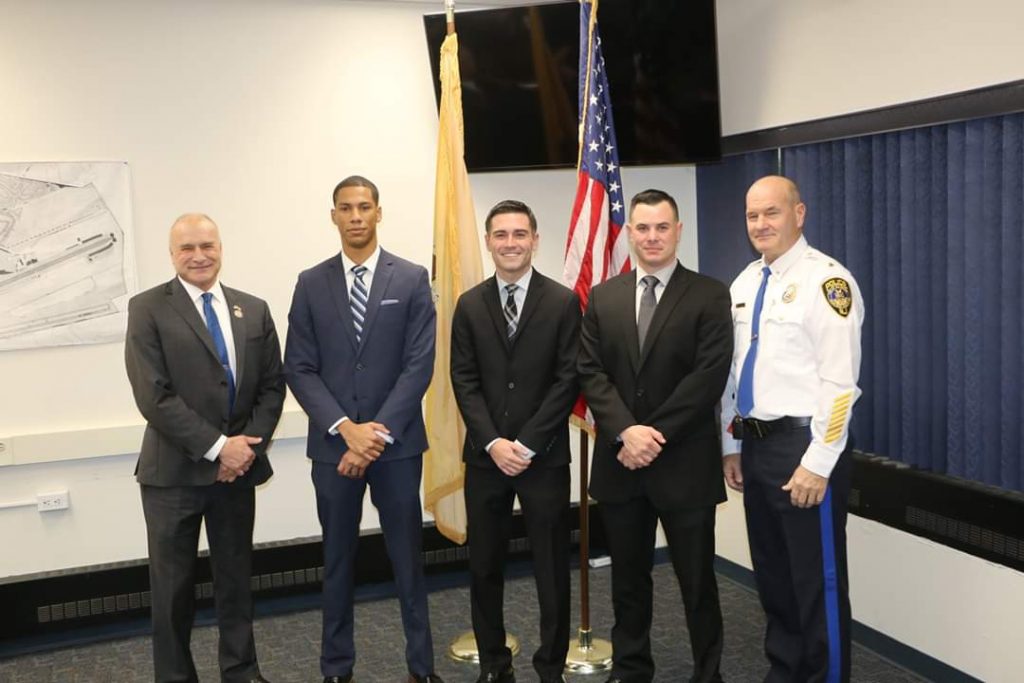 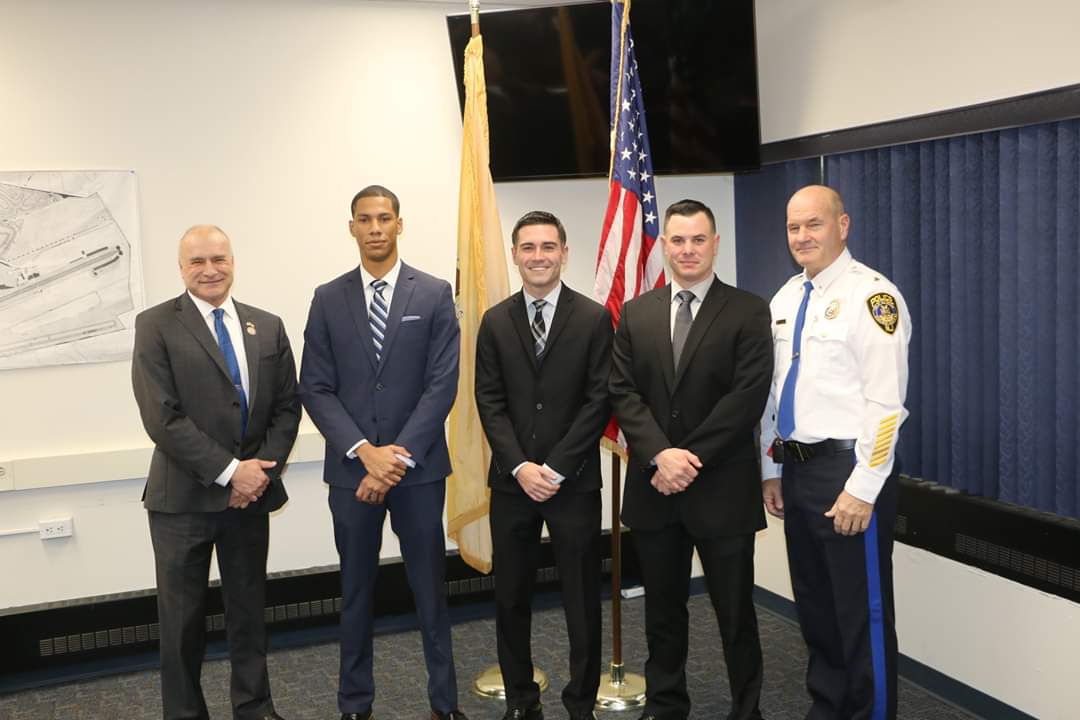 Mayor Owen Henry, along with Police Captain Joseph Mandola, introduced officers Jeffrey Karabin, Thomas Pena and Andrew Annuzzi during a Township Council meeting on Jan. 13. The officers were sworn in on Dec. 31 and will begin training at the Cape May Police Academy on Jan. 21.

Karabin, 27, was honorably discharged from the U.S. Army after completing five years of service. He served as a combat engineer with stints in Afghanistan. While serving in the military, he received numerous awards and commendations.

Pena, 26, earned his master’s degree in criminal justice from Rutgers University. He interned with the Federal Bureau of Investigation and Drug Enforcement Administration. Before coming to Old Bridge, he was employed as a senior intelligence analyst at the National Inspection Service Analytics.

Henry said Annuzzi grew up in Old Bridge and noted he had the right thing to say during the competitive interview process.

“The last phase of the process is an interview between myself, the chief [William A. Volkert], Captain Mandola, and you always look for something,” he said. “Sometimes the recruits will say the wrong thing and sometimes they say the right thing. In this case, Andrew had a good answer.”

Annuzzi, who grew up in Old Bridge, noted on his resume he left the township for a few years before coming back. When asked why he left Old Bridge for a few years, it was because he had to move in with his grandparents and help take care of them, Henry said.