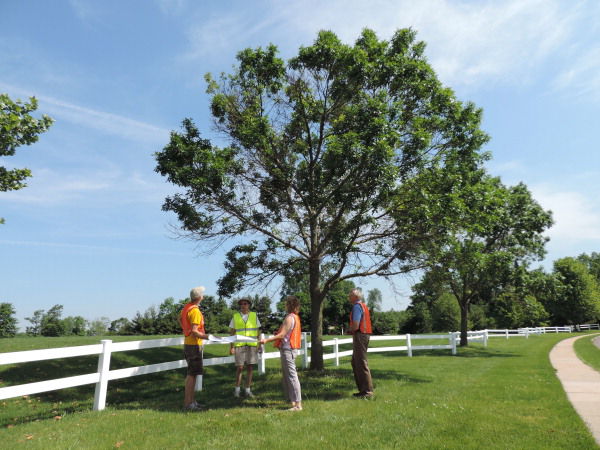 The former, safe level was considered 350 PPM. The fearful prediction is we will far exceed this latest level. And if we do, civilization will be sorely taxed in ways we’ve seen in Australia’s and California’s fires, and in the warming seas and melting Arctic which is likely to release methane from its tundra. A PBS report on immigration from Asia, Africa, and South and Central Americas portrayed a near-impossible situation as people flee violence and natural calamities, hoping to reach America, Europe, and contiguous nations which already feel overwhelmed.

While many in our Central Jersey region acknowledge the situations, how many are taking the necessary steps? Certainly some are, but will it be enough?

Writer Paul Greenburg, of the Safina conservation and art center, offers a list of steps we can take for both a long life and a healthy world.

Greenberg warns that to bring the planet into climate equilibrium would require outputs of just 3 metric ton per capita, per year. Is this possible?

He cautions that usually it is modest goals, or diets, that work. He is referring to minor changes over long periods. But he warns, those goals, those diets, are unquestionably needed. They will not be easy, but we must begin in earnest.

Ideally, if we switched to vegan diets, we could individually cut our emissions by 0.3 to 1.6 metric tons per capita per year. But as that is not likely in great numbers; chicken is a second-best alternative, requiring much fewer kilograms of CO2 to produce. Beef requires three to four times that, while tofu and lentils require three to four times less to produce.

Encouragingly, several types of fish and farmed mussels require even fewer kilograms of carbon emissions to be produced.

So, alternatives exist. The question is: Will people sufficiently adopt them?

Tourism, Greenberg quotes the journal Nature, accounts for about 8% of global greenhouse gases. Long-haul flights produce about a half of ton of carbon per person. For business and first-class travelers, their contributions for the fewer, larger seats amount to three to four tons of carbon. Thus, we have choices we can make and a future we can help shape.

Our automobiles’ idling engines, in the U.S. alone, produce 30 million metric tons of CO2 emissions per year. Turn them off; go electric or ride a bike when you can, as the French and other Europeans are more inclined to do.

Similarly, unplug appliances when not in use as they consume “standby power” accounting for 4.6% of residential power emissions. This can include unplugging computers and cell
phones when the latter are charged.

Perhaps an even more effective step to save emissions is switching to power companies that produce energy from renewable sources, such as wind and solar. (New Jersey has
plans for a large, off-shore wind farm that could generate half of the state’s electricity needs. Contact the governor’s office for progress reports.)

Buying bottled water is more expensive and power consuming than chilling tap water, although in Princeton the tap water is not always fresh-tasting.

Together, Americans drive over 3 trillion miles a year. (Imagine if most vehicles were electric.) That produces 4.6 tons of carbon per vehicle. Transportation is the largest single source of CO2 emissions according to the EPA. If going electric is not immediately feasible, reduce the time driving. To do this, there are many options: ride-sharing, public transportation, living in walkable neighborhoods … or bikes.

Greenberg urges us to re-designate our money spent on phone upgrades to supporting organizations that manage carbon-sequestering ecosystems. Mangrove swamps are the most efficient carbon sinks, but there are many options.

He quotes environmentalist, and head of 350.Org, Bill McKibben as encouraging people to invest in fossil-free index funds, which are “outperforming the market.” Also, avoid business and credit cards offered by JP Morgan Chase, as it is by far “the largest funder of the fossil fuel industry.” In fact, a report released by a group of environmental organizations, reveals four out of the world’s five largest institutional investors in fossil fuels are banks headquartered here in our country.

Thus Greenberg’s message is there are many dietary steps, large and small, that can help us reduce our consumption of fossil fuels. And the need is urgent as catastrophes around the world attest. Science warns that we have maybe 10 years to slim down, before it becomes too late.