Catching Up With … ‘The Munsters’ Butch Patrick 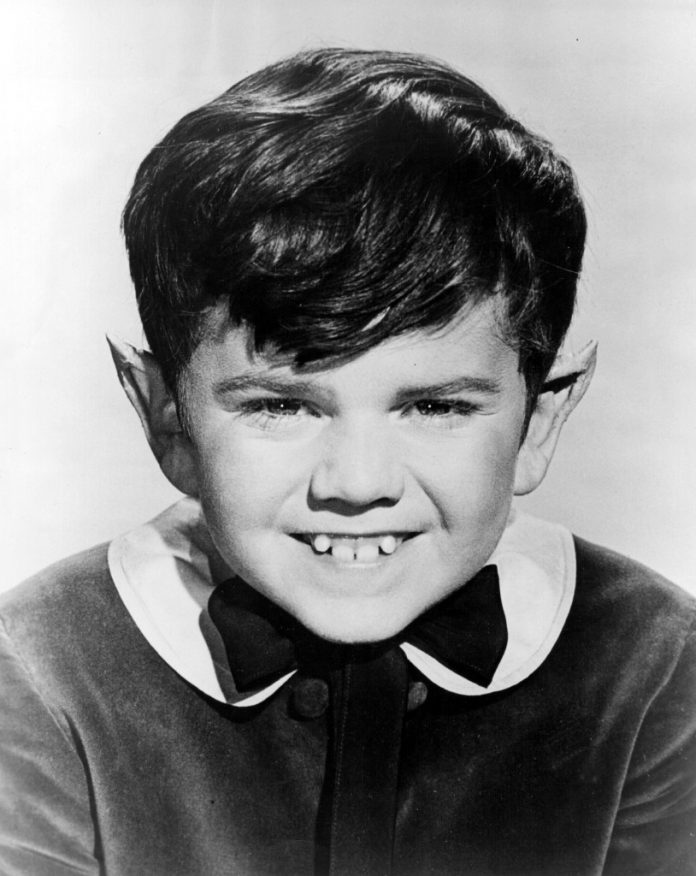 Nearly 60 years after the show first debuted, The Munsters is still kicking. While the family with a casket full of secrets only aired two seasons, their pop culture impact continues today as The Munsters is one of the most merchandised shows of all time. And the series’ wolf boy still roams: Butch Patrick, who played Eddie Munster, the son of Herman (Fred Gwynne) and Lily (Yvonne De Carlo), continues to tour all around the country at conventions and events, meeting fans of the show who express their love in so many ways — with collectibles, slot machines, even tattoos. We talked to Patrick about his favorite parts of the show, its impact and how it continues to influence so many people.

How old were you when you auditioned for The Munsters?

I was 11 when we went into production. I started acting when I was 7 and did a couple series prior to that, The Real McCoys and General Hospital.

Who were you closest to on set?

I was closest to the people that weren’t the stars of the show. I spent most of my time up at the makeup lab with Mike Westmore, who was my makeup man, or over with Chuck and Davy, who were the special effects guys who were always making up that kind of stuff. But for the actors and the cast members, I was probably closest to Al Lewis, who played Grandpa.

Did you end up staying in touch with any of your castmates throughout the years?

Not right after the show because they were adults and I was a kid. Fred and Al lived in New York. Everybody kind of goes their own ways after a show. But in 1982 when I did Eddie & the Monsters, I contacted Al Lewis and asked him if he would help me out on Halloween to go appear with the band at the Palladium, and he agreed to do that. After that contact we started hanging around and working together doing personal appearances, and this and that. … He had a TV show on TBS called Super Scary Saturday that I appeared on with him occasionally. Pat Priest was brought into the mix — she played Marilyn Munster — and we all started doing appearances occasionally together.

What are a few of your favorite episodes?

“Hot Rod Herman,” where we introduce the Dragula. It’s one of the things I enjoy; I actually own a Munster Koach and Dragula right now that I tour the country with extensively, doing automotive events. “Eddie’s Nickname” was a very good one, with Dr. Dudley. Paul Lynde was our guest star, and I grew a beard in the episode; it was very funny to see a 10-year-old kid walking around with a beard. And “Zombo” was a very funny episode, with Louis Nye as a horror host that I thought was a real guy on television. I won a contest to go see him on TV, and I was very disappointed when I found out that Zombo was just an actor made up.

Did you take anything from the set?

No, actually I didn’t. Back then, I wish I had. I had a Woof Woof doll; I then sold him to a collector. From reselling it to him, we made a mold off the original, and we’ve been selling dolls for the last 30 years. I have the big lion head front-door knocker from the outside Munster exterior house. I just acquired that recently from a guy that got it 50 years ago when he was out pouring concrete at Universal. He found it and brought it home with him — he basically stole it. But that’s how a lot of stuff winds up in people’s hands.

What do you have planned right now?

The interesting thing about The Munsters is that I’m pretty busy almost every weekend. It’s like a full-time job. To find out where I’m going to be and what’s going on, go to Munsters.com. That leads you to my Facebook account, to Munsters events and everything else. The same guy that did Super Scary Saturday for Al Lewis wants to do a thing called Eddie’s Monstrous Movie Mausoleum, where I will be making fun of horror movies, except I’ll be the straight man and I’ll have a guest host every week with me — other horror hosts from around the country.